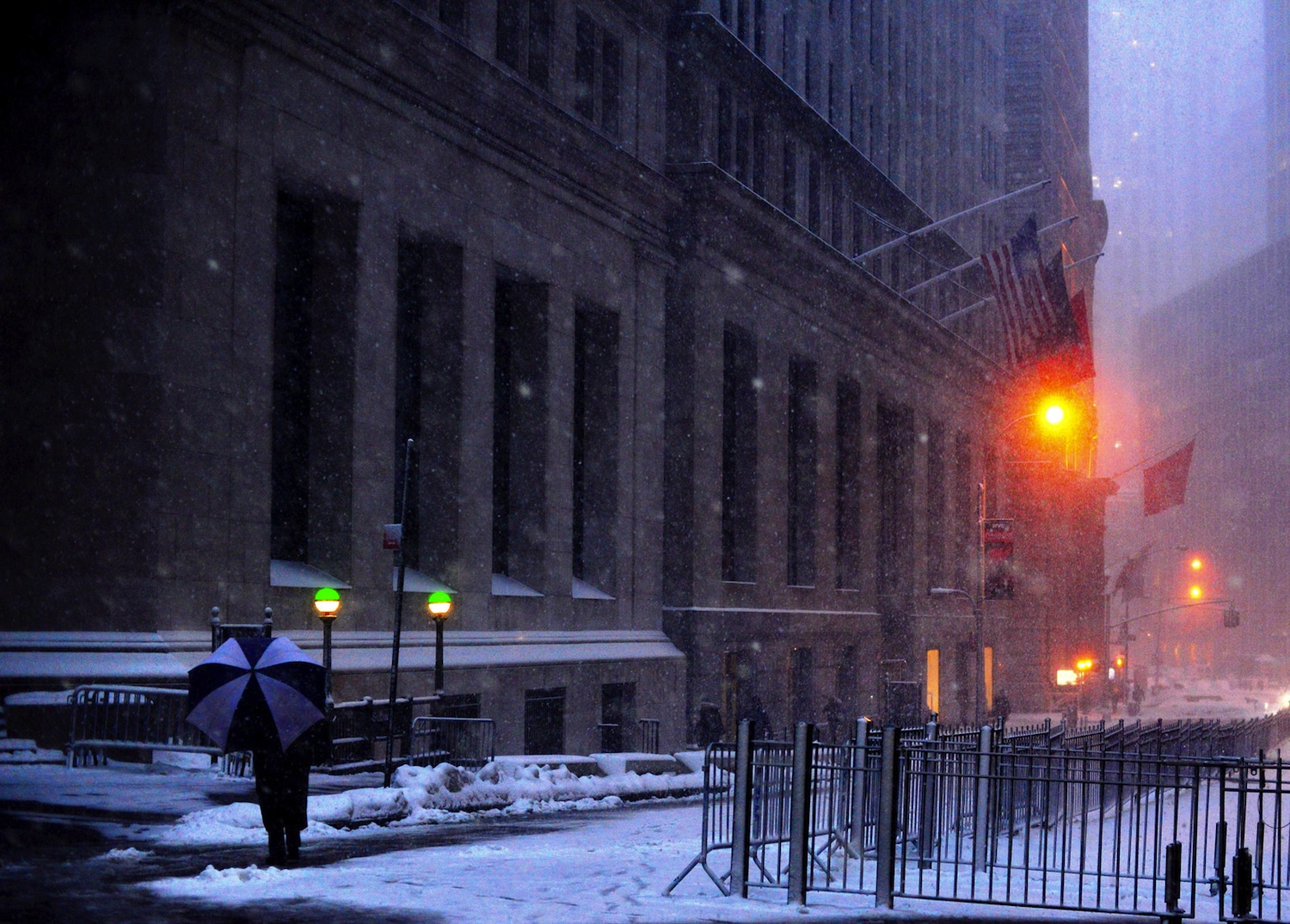 Not only is his partner in government, the public advocate, calling for a review of school cancellation procedures. Not only is the New York City Parents Union taking issue with the decision not to call school today. Al Roker is Tweet-trashing Mayor Bill De Blasio’s handling of today’s snowstorm. Now that’s serious.

Well, if you read your history of progressive mayors of modern New York, you’ll see that a snowstorm can make, if not a fatal one, at least a big scar. When John Lindsay was mayor and a snowstorm paralyzed Queens, he got shellacked for it. It didn’t stop him getting re-elected, but it dented his armor and facilitated a narrative that he didn’t care about white neighborhoods and was a lousy manager.

At a press conference today, the mayor and his schools chancellor, Carmen Farina, defended their decision. After all, kids have a lot to learn in school, a week’s vacation is coming up, and closing schools creates childcare headaches for thousands of families and especially hurts the 200,000 or so kids who get free breakfast and the 500,000 or so who eat free or reduced-price lunch at school. Farina even made the boast that it had become a “beautiful day” outside, which seemed like a new twist on the tale of two cities.

Then the mayor and chancellor said that if they’d had more information last night when they made their decision, they might have acted differently. The chancellor very candidly said she’d re-examine whether it was sound policy to make the school closure call the night before, as has become custom, which is helpful to families but causes problems when forecasts change.

By the time the presser wrapped up, it was a little unclear whether de Blasio was admitting an honest boo-boo or not.

Others were less nuanced about his performance. Shortly after the press conference ended, Public Advocate Letitia James said, “It is clear that a re-evaluation of the criteria for closing New York City schools is needed after today’s storm.” Then the NYC Parents Union said in a statement: “Keeping schools open today during a severe winter storm was an irresponsible decision. … The safety of students and all those who work in schools was put at risk.”

For his part, Roker said… oh, if you care, read it yourself.

What’s a progressive to make of all this, once she shovels the sidewalk? Does any of it matter to the quest for economic justice?

The answer is yes. It’s not the snow that matters, of couse. In sixteen years as a reporter, most of it in New York, I’ve never had to cover a snowstorm, or wanted to. (In fairness, I did skip my tenth wedding anniversary celebration to cover Hurricane Irene. Bad call.) I hate that I’m even writing a blog post about snow.

But how the press spins this story will matter. It’s been a tough week for de Blasio with the bishop thing and now the snowstorm largely overshadowing his State of the City and budget speech, at least in the tabloids. In the complex calculus that will determine whether de Blasio gets his UPK tax hike and the other very ambitious items on his agenda, the mainstream press attitude toward the mayor is very significant, only because stories about stuff like the weather drown out other more important coverage.

Like the wintry mix that’s now coating my sidewalk, you can ignore stories like this and hope they melt away, or you can shovel.

If you’ll excuse me…