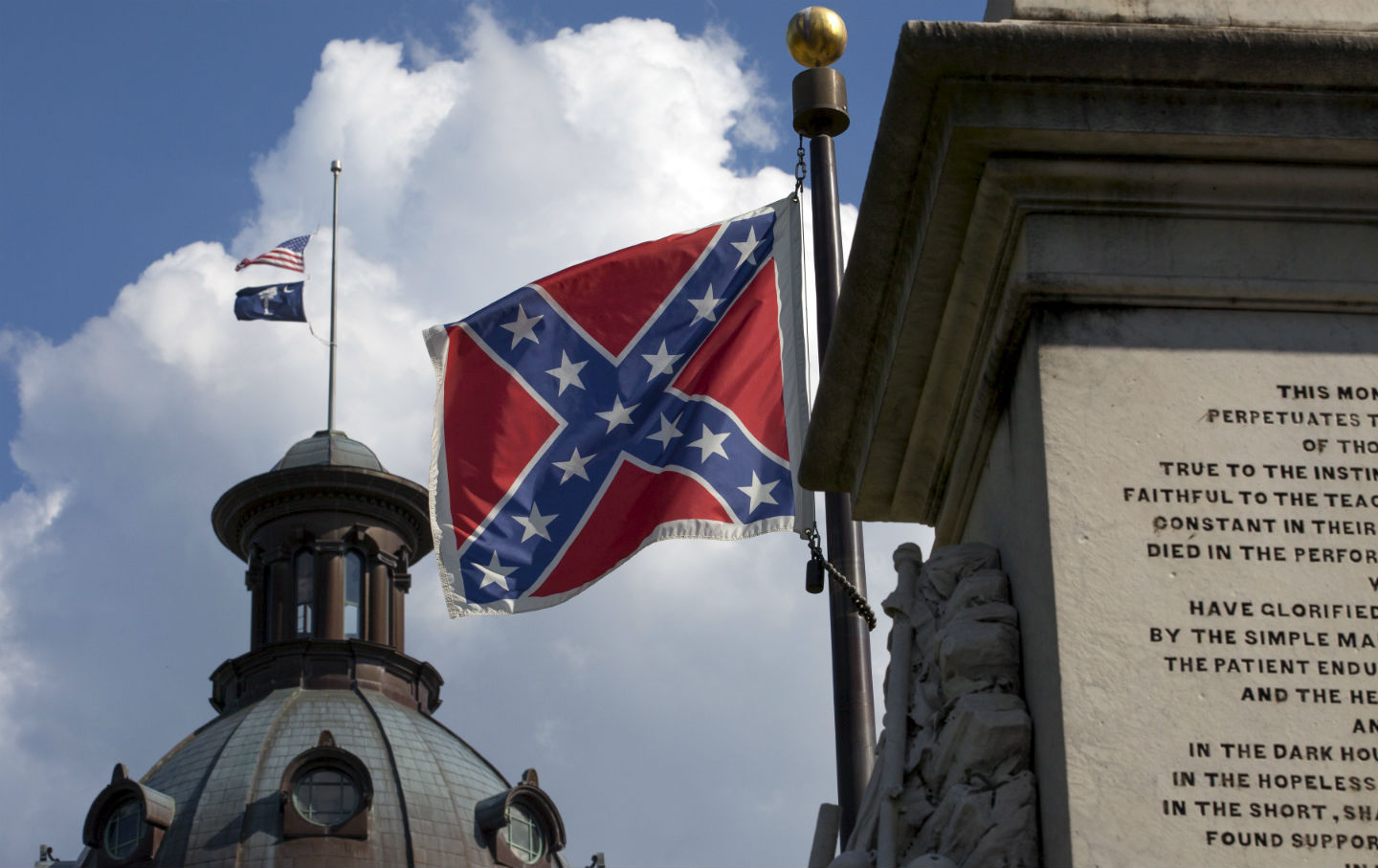 It is a rare day when we wonder what NCAA coaches are saying about racial justice and social change. But this is a moment to pay close attention. The massacre at Mother Emanuel Church in Charleston, an act of white-supremacist terrorism—no matter what the FBI believes—has publicly revived the demand that the Confederate flag come down from the Columbia Capitol grounds. The horrific nature of the crime has even put diehard supporters of the stars and bars like South Carolina Governor Nikki Haley on their heels, saying with a quisling’s cowardice that the issue needs to be “talked about again.”

But maybe we wouldn’t have to relitigate this question and that toxic symbol of racist terror would not be flying with government sanction if the state’s NCAA coaches had been heard. Legendary University of South Carolina Gamecocks head coach Steve Spurrier, a man of the South with a drawl so thick it sounds like he has a mouth full of honey, said in April of 2007, “My opinion is we don’t need the Confederate flag at our Capitol. I don’t really know anybody that wants it there, but I guess there are a lot of South Carolinians that do want it there.” The setting was an awards banquet and Spurrier “caught everyone by surprise” by speaking off the cuff about his disgust over a 2006 South Carolina–Tennessee game where in the background on national television at ESPN’s “GameDay,” he was appalled to see “some clown…waving that dang, damn Confederate flag behind the TV set. And it was embarrassing to me and I know embarrassing to our state.” Spurrier then said, “I realize I’m not supposed to get in the political arena as a football coach, but if anybody were ever to ask me about that damn Confederate flag, I would say we need to get rid of it. I’ve been told not to talk about that. But if anyone were ever to ask me about it, I certainly wish we could get rid of it.” Keep in mind, the “Ole” ball coach didn’t say “put it in a museum.” He said “get rid of it.”

Spurrier is not the first University of South Carolina football coach to come out against “that dang, damn Confederate flag.” In April of 2000, Gamecocks coach Lou Holtz was part of a 120-mile march from Charleston to Columbia to call for the flag to come down. He was joined by Clemson University football coach Tommy Bowden and the South Carolina and Clemson men’s-basketball coaches at the time, Eddie Fogler and Larry Shyatt. As Lou Holtz said in 2001, ”It is just not right. When I look into the eyes of my players and see how hurt they are, then I am disturbed about the Confederate flag.” Holtz also said, ”We need not to take a segment of our society and treat them with disrespect and that is the way our black players feel about the Confederate flag.”

All of these coaches are white guys: white guys whose professional prosperity in the state depended upon the ability to recruit and coach young black men. This is not to say that their feelings were not fueled by genuine moral outrage, but the pivot toward success or the unemployment line for every college coach is traced to that moment when they are sitting in living rooms with—more often than not—black families. The South Carolina and Clemson coaches are tasked with attempting to convince these families that their children will be not only safe but also valued in a state covered, as Jon Stewart said, with “racist wallpaper.”

The college football coach is allegedly a revered position in the Southeast of the United States. Yet on this issue their words were met with silence or derision. They were harangued with the same blinkered arguments about the flag’s being one of “heritage, not hate”—as if those two words couldn’t be one and the same, locked in their own Dixie death grip. Taking down that flag, which first flew over the Capitol in 1961 when it was raised in response to the civil-rights movement, wouldn’t end racism, but it would make the atmosphere just a little less poisonous. They say in politics that timing is everything. Steve Spurrier spoke out in 2007. All that did was turn some heads. If he said the same words now, it could be a true tipping point. Here is hoping he speaks out. Then, finally, “that dang, damn Confederate flag” would fly on the South Carolina Capitol grounds no longer.