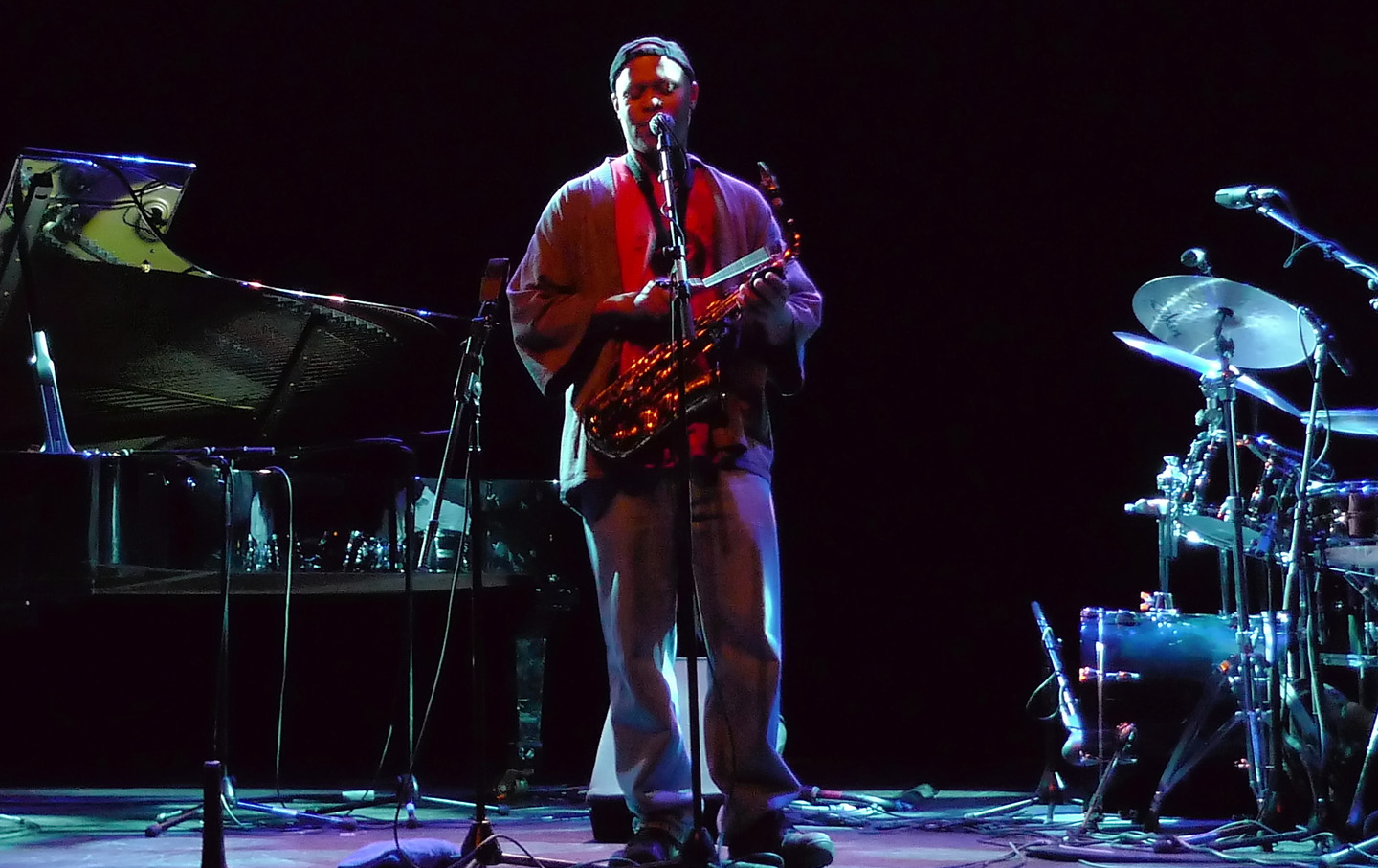 In a time of fear-peddling talk of walls to keep peoples separated, the composer Steve Coleman reminds us of the beauty in cultural commingling. The music he has been making in recent years draws deeply, if cryptically, from the sights, the sounds, and the ideas he has encountered in his travels to Cuba, Ghana, India, Senegal, and other countries around the world. Yet his work is no mishmash or pastiche of appropriated and repurposed materials; though he draws inspiration from global sources, the music Coleman makes sounds wholly, distinctly, organically his own.

As he has explained in an interview, “We look at everything separately, as if [things] have no connection. That’s what’s wrong with this world today.

“Every place I go has had some effect on me philosophically and usually musically. I’ve expanded my point of view based on studying in terms of traveling and reading and everything that you do.”

The recipient of a MacArthur “genius” fellowship in 2014, Coleman, now 59, has recorded more than two dozen albums over more than 30 years as a composer, saxophonist, and bandleader. Always an inspired improviser and empathetic collaborator, Coleman has long excelled at spontaneous composition. Like his two of his acknowledged idols, Charlie Parker and John Coltrane, he has an extraordinary ability to generate melodies and spin variation after variation on them, with little repetition. And like the last great saxophonist with his surname, Ornette (no relation), Steve Coleman can work with modest raw materials—a wisp of a tune, and a few chords or a simple modal structure—to build a complex piece.

In the second week of November, he played his first-ever engagement as a leader at the Village Vanguard, and I caught the opening show. The Vanguard, now in its 80th year in business in the same small underground space in Greenwich Village, has been expanding its own point of view under the curatorship of booker Jed Eisenman and Deborah Gordon, daughter of the club’s only two previous stewards, her parents Lorraine and Max Gordon. The club has been welcoming esteemed contemporary avant-gardists such as Coleman and John Zorn (who oversaw five days of exploratory performances a week before Coleman opened in the club), without diminishing its standing as the bebop Shangri-La.

For the first two nights of his week at the Vanguard, Coleman, playing alto saxophone, led a hybrid chamber-jazz ensemble called Natal Eclipse, featuring piano (Craig Taborn, an important composer and bandleader in his own right), bass (Greg Chudzik), tenor saxophone (Maria Grand), clarinet (Rane Moore), trumpet (Jonathan Finlayson), violin (Kristin Lee), and voice (Jen Shyu, also a leader on her own). The absence of a drummer reinforced the rhythmic fluidity of the music, much of which flowed and purled without grounding in a discernible time signature.

The pieces were, generally, structured in modules—some tightly arranged, others free, still others multi-layered with Coleman’s saxophone floating over the ensemble. Lee’s violin played multiple roles, alternately suggesting Bartók’s writing for string quartet and the sound of the Middle Eastern oud. Shyu, who is one of the most creative vocalists in contemporary improvised music, was especially well employed, singing both nonverbal sounds—sometimes in microtones—and words that sounded to my ears like Mandarin (but may have been another Asian language).

With strains of Parker and Coltrane, Bartók, and the musics of the Middle East and China, Natal Eclipse produced the sound of the world in which cultural differences stir inspiration instead of fear, distrust, and violence. It was something beautiful—indeed, essential, especially since November 13.