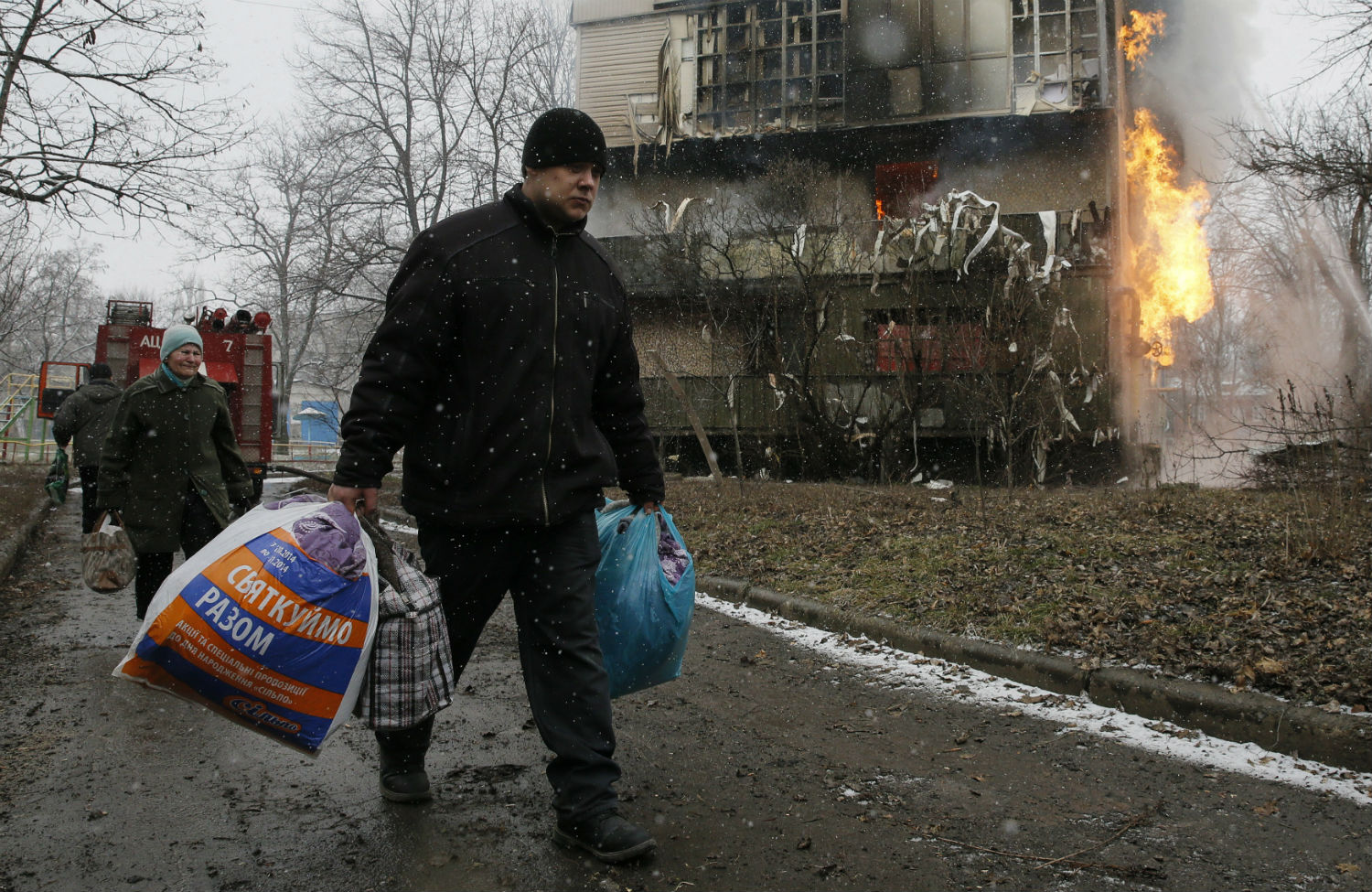 People flee from their homes on the outskirts of Donetsk, eastern Ukraine. (Reuters/Maxim Shemetov)

Will diplomacy prevail in Ukraine? The Nation’s Stephen Cohen joined The John Batchelor Show on Tuesday to discuss the feasibility of the Minsk II agreement and the increased war footing among NATO officials and policymakers in Washington.

Cohen argued that the “rhetorical war” on Minsk II is based on “political ideological imaginations,” because there is no “hard intelligence to back up the claims that there’s been this massive Russian invasion.” If Minsk II fails and fighting escalates, the United States and NATO face “a real chance of war with Russia,” Cohen said.