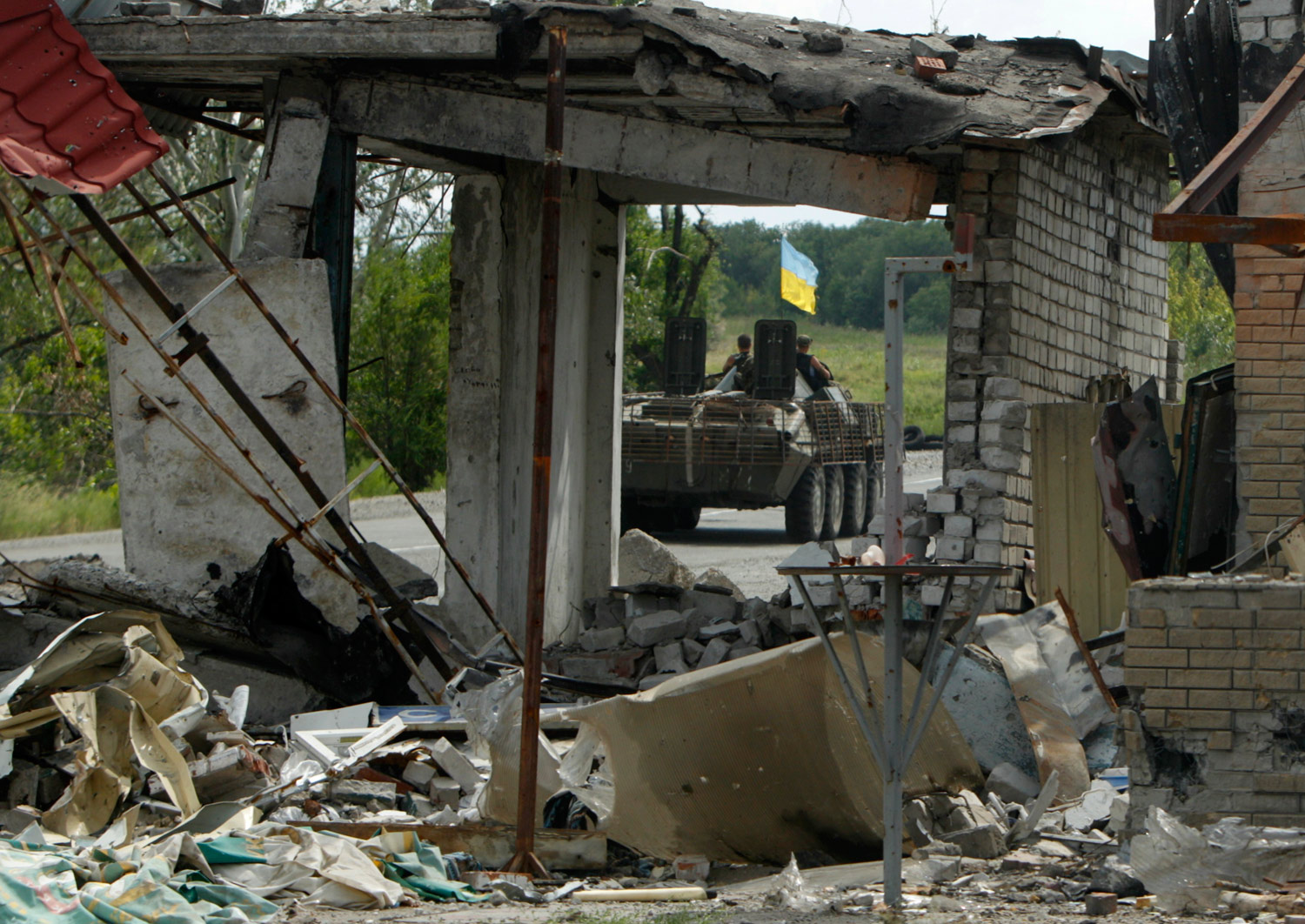 A Ukrainian military vehicle is seen through a ruined building on the outskirts of the eastern Ukrainian town of Slaviansk in August 2014. (Reuters/Valentyn Ogirenko)

Is a federated state the only possibility for peace in Ukraine? The Nation’s Stephen Cohen thinks so, and he joined The John Batchelor Show on Tuesday to explain why.

On the show, Cohen and Batchelor discussed the latest developments in this month’s “Minsk II” negotiations. Cohen addressed NATO Deputy Commander Sir Adrian Bradshaw’s comment that the West should expect a Russia attack on a NATO member state, and also explained why he supports the current proposal for a Ukrainian federation. “I just don’t see why anyone who doesn’t have a primary agenda against Russia fails to understand that’s the only way to peace,” Cohen said.