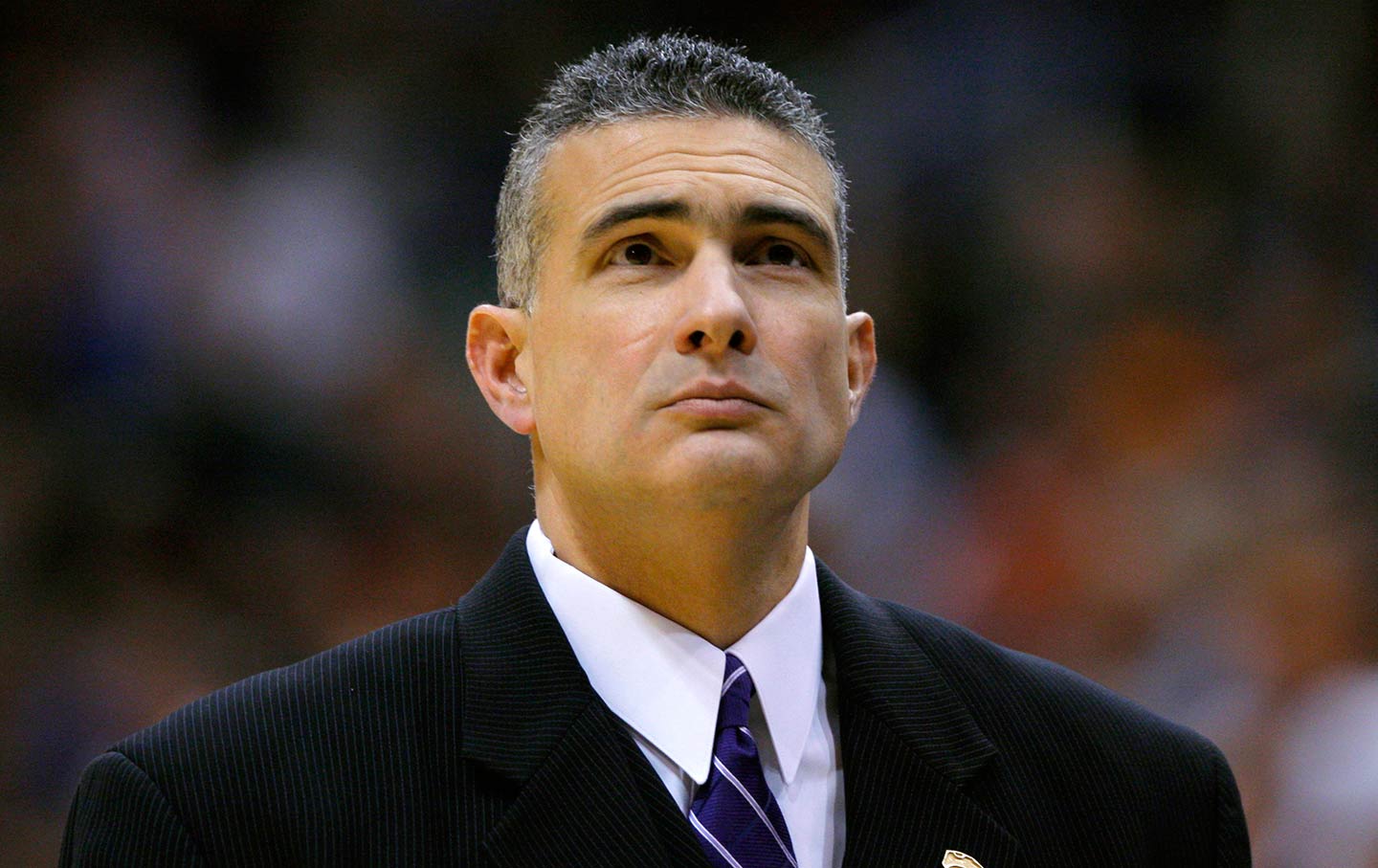 The breakout star of this year’s NCAA tournament has arguably not been any player on the court but South Carolina head basketball coach Frank Martin. The gruff, charismatic Martin looks like a tough Irish priest in a 1930s B-movie and has earned plaudits for his no-nonsense style as the Gamecocks play in their first-ever Final Four. But there is one part of Frank Martin’s charmed run through March Madness with which it is worth taking issue. It is a post-game, press-conference quote making the rounds as if it were wisdom from Mt. Sinai.1

At first glance, people’s attraction to these words is understandable. It’s a maxim with something for everyone: He exclaims that blaming kids is “a cop-out” while perpetuating the oft-heard narrative that this generation has it too easy and might as well be Bubble Wrapped by overprotective helicopter parents. This is of course a stereotype. It’s a stereotype that benefits no-nonsense, millionaire NCAA coaches like Frank Martin. He’s the kind of tough guy who is worth every penny at a state school to coach unpaid kids because he’s turning these boys into men. The kids, on the other hand, should remain unpaid because, according to Clemson football coach Dabo Swinney, “there’s already enough entitlement in the world.” There is a racial coding here as well, seen in sports films and TV shows like Friday Night Lights—that only a hard-ass, (usually) white male coach can turn young black boys into men.  3

This narrative is utterly fictitious. Far from being Bubble Wrapped, a typical young person today has to be smarter and tougher than their parents ever were. The challenges faced by “today’s kids” would have been incomprehensible for many of my generation: cyberbullying, standardized-test regimens, metal detectors, overcrowded classrooms and lockdown drills in case of lone gunmen or terror attacks.

As a former teacher whose partner is a high-school teacher and whose kids go to public schools, I can tell you that the classroom has become a center for very real anxieties that are not appropriate for the young people who must shoulder them. Muslim kids are telling their teachers and classmates that they worry about being locked up. Immigrant kids share worries of deportation or being separated from their parents. Black kids look at Trayvon Martin or Michael Brown and wonder how to navigate the police officers standing outside when school lets out. Girls deal with sexist bullshit and harassment with numbing regularity.5

And yet, they fight through it. When I hear millionaire coaches and sportscasters echo this statement about how “soft” kids are, I feel like they are probably talking about their own kids, whose educational and life experiences are a result of an ever-growing gap between rich and poor in this country. They go to private schools with eight-to-one teacher-student ratios and mindful-meditation classes for when life gets too stressful. Yet even these kids, who we may think of as living in a a cocoon of privilege, are under pressure. Friends who teach at these schools tell me stories of Adderall being far more prevalent than marijuana because everyone is constantly freaking out about their futures. And even that teenage rite of passage is drained of pleasure, more like gasoline to keep them running on time, with minimal distraction from SAT prep.  6

As for Frank Martin, his statement strikes me as particularly noxious because he is talking about his own players—and it’s slander. To be a Division I Athlete is an 80-hour-a-week job. NCAA athletes have never had to demand more from themselves and gotten less for their scholarship. That is the reality of the neoliberal university in the 21st century. They are athlete-students not student athletes. Their coach makes hundreds of thousands of dollars and they know they’re being excluded but largely feel powerless. And that’s the saddest part of the entire story. Even when speaking with charity and goodwill, he benefits from painting this picture. It’s a picture that maligns the very young people he is purporting to defend.7