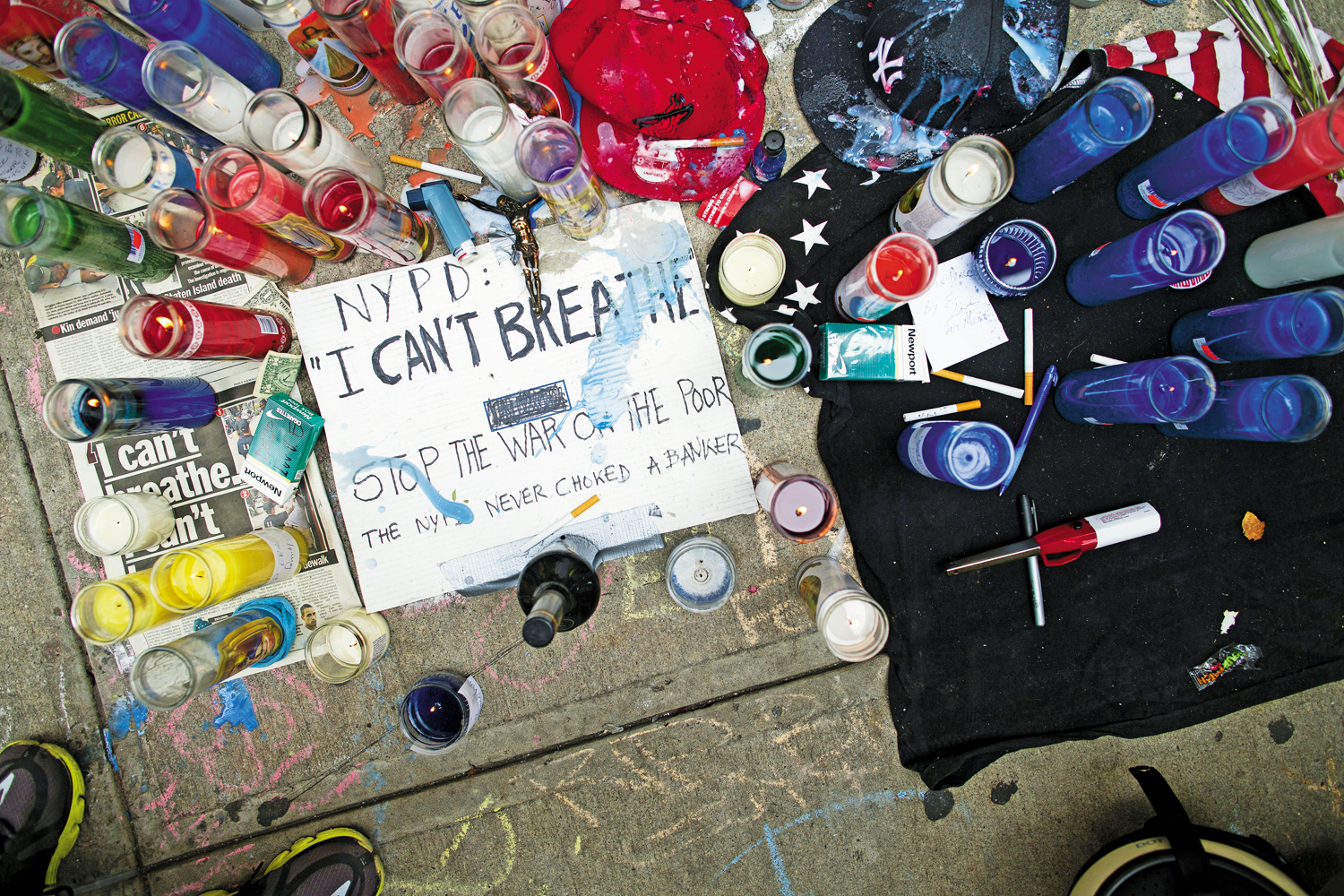 “I can’t breathe!” were among the last words of Eric Garner, a Staten Island father of six. On July 17, Garner was choked by police arresting him for selling untaxed cigarettes. The city insists it’s out to stop racist policing, but as Mychal Denzel Smith notes at TheNation.com, NYPD Commissioner Bill Bratton doesn’t believe “race was a factor.”