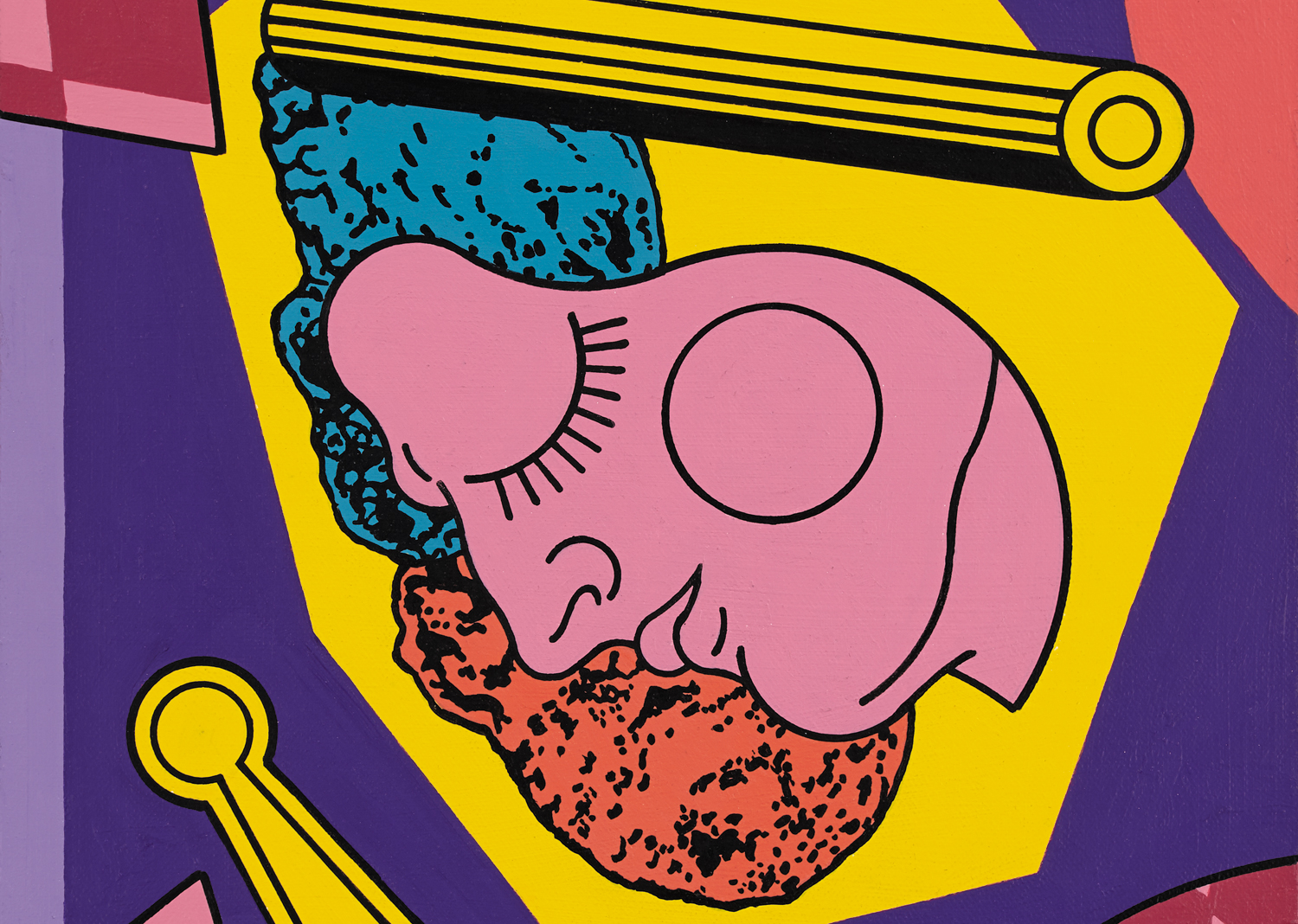 A sad result of the tremendous worldly success of contemporary art is that the whole enterprise has come to seem terribly normal. Some critics and collectors have tried to evade this dull consequence by pursuing the work of the “outsider artist.” Henry Darger and Eugene Von Bruenchenhein are always going to be strange, and their art will never fail to radiate the clear light of their foreignness to any institution, market or social grouping that tries to smother them in the fog of its approval. That’s fine, but our fascination with such figures should not make us forget that even the most socially and intellectually adept of artists may harbor sovereign idiosyncrasies. For them, too, as Trevor Winkfield writes, “the true core of an artist’s audience, those whom artists rely on for advice and meaningful criticism, may amount to no more than three or four sets of eyes. But these eyes get the work out into the world.”

Winkfield should know. He’s a painter, born in Leeds in 1944, who’s lived in New York City since 1969. And he’s a poet’s painter, more closely associated with the likes of Harry Mathews and John Ashbery than with most of his fellow artists. In a 1996 canvas titled The Painter and His Muse—as he rather facetiously allegorizes in a recently published book-length interview, How I Became a Painter: Trevor Winkfield in Conversation With Miles Champion (Pressed Wafer; Paper $20)—“the devious path to success…cheekily enters the Museum of Fine Art through a rear window, neatly bypassing the feathered guardian.”

The book’s title echoes those of two other works, Raymond Roussel’s How I Wrote Certain of My Books (which Winkfield has translated into English) and Frank O’Hara’s “Why I Am Not a Painter,”; indeed, it might as easily have been Why I Am Not a Poet, since Winkfield had the option of becoming a man of letters instead: he had “more or less abandoned” painting in favor of writing and editing after leaving art school in 1967, and didn’t return to it wholeheartedly until the mid-1970s, inspired—surprisingly enough—by Richard Tuttle’s controversial 1975 exhibition at the Whitney Museum of American Art. The sculptor’s “tiny little pieces of twine nailed to the Whitney’s wall,” he recalls, offered a glimpse of how to achieve the “cool poetic image” he’d been seeking. You’d never guess the connection from the paintings that Winkfield ended up making—crisp, rigorously flat, almost finicky figurative enigmas that look like disjointed memories of quietly sinister Märchen, as visualized by someone for whom Gerald Murphy’s handful of extant works constitute “one of the most perfect entities in all American art.”

“By and large people like what they’re told to like,” Winkfield sniffs. But he is not “by and large people.” His catty disdain for “a major pretentious bore like Rothko or Clyfford Still” comes through more often in his conversation than in his writing, but among the pleasures of his new collection of criticism, George Braque and Others: The Selected Art Writings of Trevor Winkfield (1990–2009) (The Song Cave; Paper $20.95) is the fact that he treats his subjects—whether it’s a certified madman like the nineteenth-century fairy painter Richard Dadd, a marginal master like the seventeenth-century still-life painter Lubin Baugin, a deeply unfashionable figure like Graham Sutherland, or canonical artists like Vermeer and Chardin—with the same mixture of irony and respect. In fact, the irony is part and parcel of the respect, because Winkfield—a connoisseur of “all things counter, original, spare, strange” (as Gerard Manley Hopkins put it)—assumes that everything worth doing in art evolves from some fundamental eccentricity, what he once called “radical daftness.” Treating it with solemnity would only spoil it. Thus he can see that in a Vermeer portrait, the “dazed, almost imbecilic features paradoxically support a brow resembling the dome of a planetarium,” or that Braque’s quiet life—shuttling between his Paris studio and one in the country but almost nowhere else—means that “the flapping of cumbrous birds in the paintings (so heavy they seem like planes landing on aircraft carriers) was only the most literal transcription of his nesting habits.” Jasper Johns is the only contemporary of Winkfield’s in this portrait gallery; not surprisingly, Winkfield’s Johns is the “maverick isolationist,” not the one burdened with the unwanted title of “Greatest Living American Painter.”

If I had to choose a favorite among Winkfield’s essays, first published in magazines like Art in America and Modern Painters, it would have to be “Very Rich Hours,” a review of a Florine Stettheimer exhibition. Stettheimer is one of those artists who keep getting rediscovered and then just as quickly returned to the margins. Possibly the most condescended-to figure in American art, she was depicted, at best, by other critics as the dear, dotty maiden aunt of New York modernism, her paintings a colorful froth less imposing than the stellar guest list at her salon. Winkfield never makes this mistake: he understands why Marcel Duchamp and Virgil Thomson accepted Stettheimer as one of their own. For Winkfield, she remains above all “the first true American colorist, making the big break from the European prism which by and large had been derived from nature, as opposed to Stettheimer’s unearthing of American industry as a color source.” Winkfield is arguing against “the current woeful overemphasis on her brittle, camp decor at the expense of her role as a rigorous composer.” He shows us a Stettheimer we may not have noticed before: tough, determined, “a minor saint, too, and a genius to boot.” Somewhere, Stettheimer’s ghost is grateful, and we should be too.