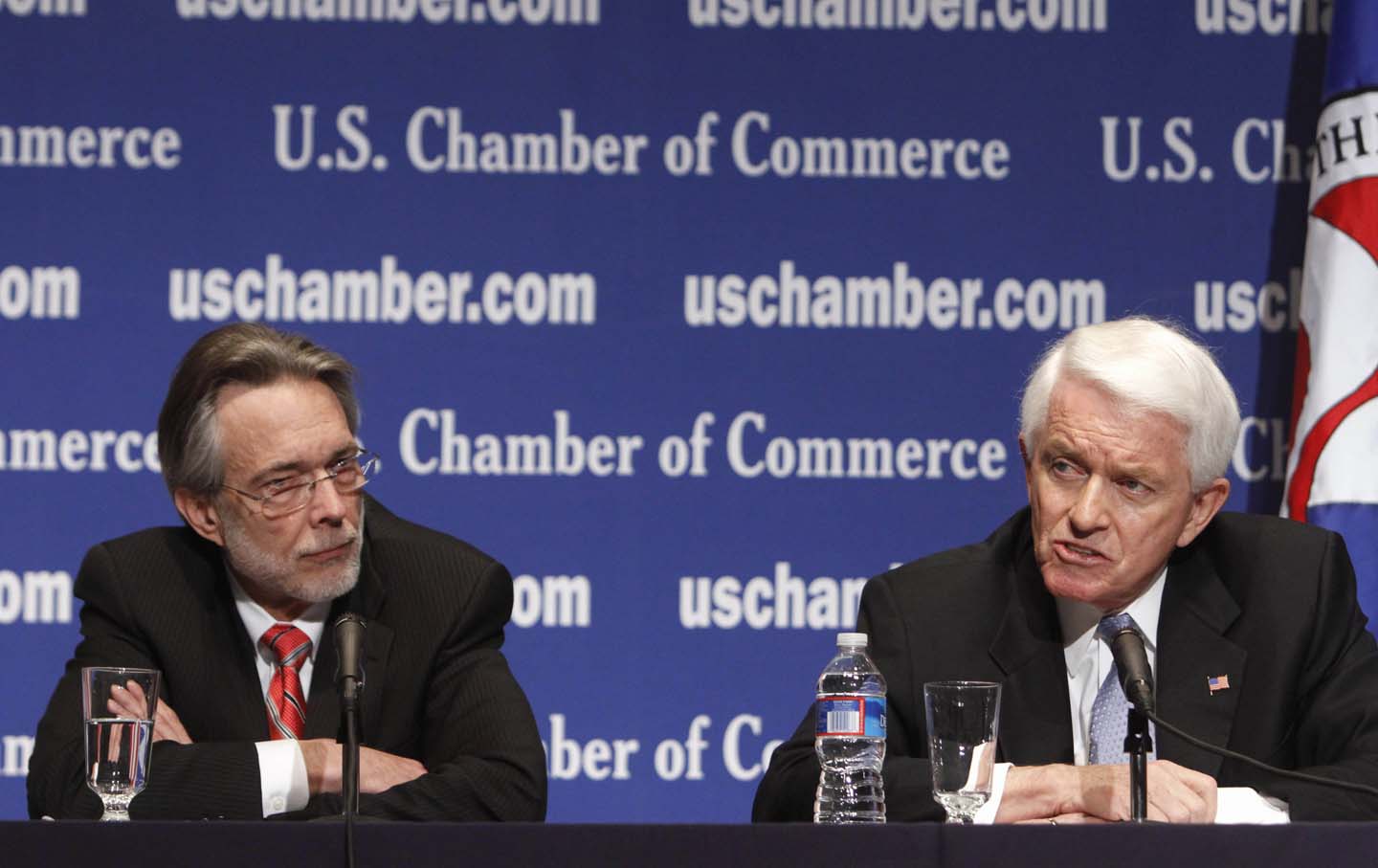 Two top US Chamber of Commerce officials speak to the press in 2011. On the left is R. Bruce Josten, executive vice president for Government Affairs, and on the right is Thomas J. Donohue, president and CEO. (AP Photo/Jacquelyn Martin)

During the 2012 election cycle, total spending by Super PACs and other outside groups exceeded $1 billion, a staggering number that would have been unimaginable four years earlier. In 2016, the Koch brothers’ sprawling political network is expected to approach the $1 billion threshold all by itself.

This proliferation of outside money was tragically predictable in the wake of the Supreme Court’s Citizens United ruling in 2010. What many did not predict, however, was the explosion of so-called “dark money”—spending by nonprofit groups like the US Chamber of Commerce that are not required to disclose their donors. In total, dark-money groups spent more than $300 million in 2012, nearly as much as all outside spending in 2008. And as the next campaign cycle gets underway, it seems likely that dark money will play a more significant role than ever.

Indeed, well over a year before the 2016 elections, the US Chamber has already launched television ads in two high-stakes Senate races, one praising Senator Pat Toomey (R) in Pennsylvania and one attacking former Ohio governor Ted Strickland (D). The early ads reflect the organization’s well-established partisan bent; in last year’s midterms, the US Chamber unloaded some $70 million in House and Senate races, almost entirely in support of Republican candidates.