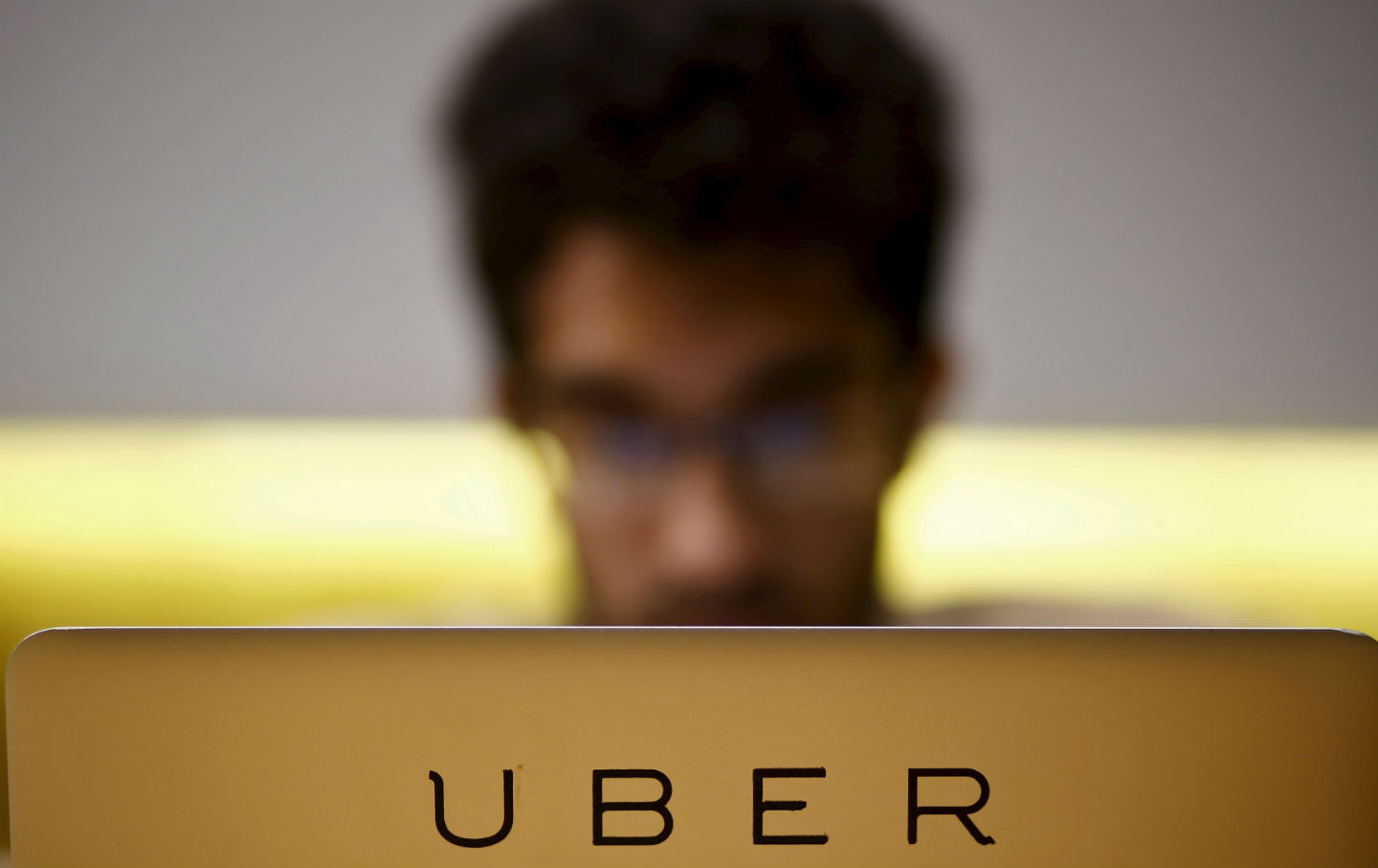 What if they held an event on the future of labor, and no workers were invited? That’s something you’d expect at a conference of CEOs or venture capitalists. But when the government hosts a meeting on firms like Uber, TaskRabbit, and Postmates, and neglects to find workers—or even labor advocates—to speak, that’s shocking.

The Federal Trade Commission workshop “The ‘Sharing’ Economy” purported to focus on “issues facing platforms, participants, and regulators.” But calling an Uber driver a mere “participant” unfairly predetermines the most fundamental labor issue of the digital economy: whether those who work for massive digital platforms deserve the protection of employment, or can be treated as mere “independent contractors” bereft of traditional labor protections. By siding with the industry’s preferred categorization, the FTC tipped its hand in advance.

The agency compounded its bias by failing to invite workers and organizers to speak. So many others offered advice: economists, business school professors, lawyers, corporate lobbyists, the Better Business Bureau, and digital economy giants like Uber and AirBnB all flashed their credentials and got a respectful hearing. They debated a wide range of issues, from antitrust to privacy to public safety.

Everyone was there, that is, except for those who do the real work.

The lack of voices from below meant that the discussion was shaped by a sense of miraculous inevitability. “These markets are going to take over our lives whether we like it or not,” said Stanford economics professor Liran Einav, making it sound as if there is nothing that social and political pressure can do to shape the future of work. Business elites reassured their government peers that “the people want this.” No one was there to call that bluff, to point out the extraordinary struggles over pay, fair labor practices, and dignity that we’ve been chronicling since at least 2009.

Sure, the new platforms bring new efficiencies to consumers. But the on-demand workforce—the ones fueling this economy with their bodies, possessions, and time—needs to speak about the dark side of being bossed around by unaccountable apps. There’s no lack of organized resistance to arbitrary, brutal platform labor conditions. Organizations like the Freelancers Union, the NYC Taxi Alliance, TurkerNation, or the Domestic Workers Alliance, have spoken up for labor for years.

The time is now right for digital workers to be heard.

We have been listening. And we have found that the problems for workers in crowd work, online freelancing, and online marketplaces for physical services like Uber and Taskrabbit are similar. All of them hover in the same legal gray zones of the Internet—they are deeply connected and must be considered in tandem. Interestingly, crowd work and online freelancing—areas of the sharing economy that affect tens of millions of workers—were not even mentioned at the FTC’s roundtable.

Why should the digital economy fly below the regulatory radar? Business models that flourish on an hourly wage of $2-3, with zero benefits, should have no place in a country as rich as the United States. And even when wages are adequate, the terms of digital employment need to be fairer. Platform owners change labor conditions on a whim, assuming privileges that would make a feudal lord blush. A job review system does not protect workers from abuse is backward and archaic.

Firms that sack workers on the basis of one fat-fingered mistake of rating a ride or task with one star (instead of the intended five) are also chilling. It’s a world of bureaucratic indifference to the most basic concepts of fairness and accountability.

Sadly, many participants at the FTC roundtable invoked the old canard of business “self-regulation”—lobbyists’ favorite euphemism for letting the strong exploit the weak. Speakers suggested that platform owners will be “disciplined” by the ability of workers to shift to another platform, ignoring the obvious trends toward monopoly already clear in so many other parts of the digital economy.

Franklin Roosevelt called the business grandees of his day “economic royalists,” and brought them to heel after their greed and disregard for basic worker rights crashed the economy. Today’s platform capitalists exert the same type of feudal power, glamorized by media and regulators too dazzled by their riches to ask tough questions about their source. Digital labor codes could promote flexibility, dignity, and decent pay. Let’s hope that, as the FTC continues to take comments this summer, it reads the views of the labor advocates it failed to listen to last week.

The FTC is accepting your comments until August 4.