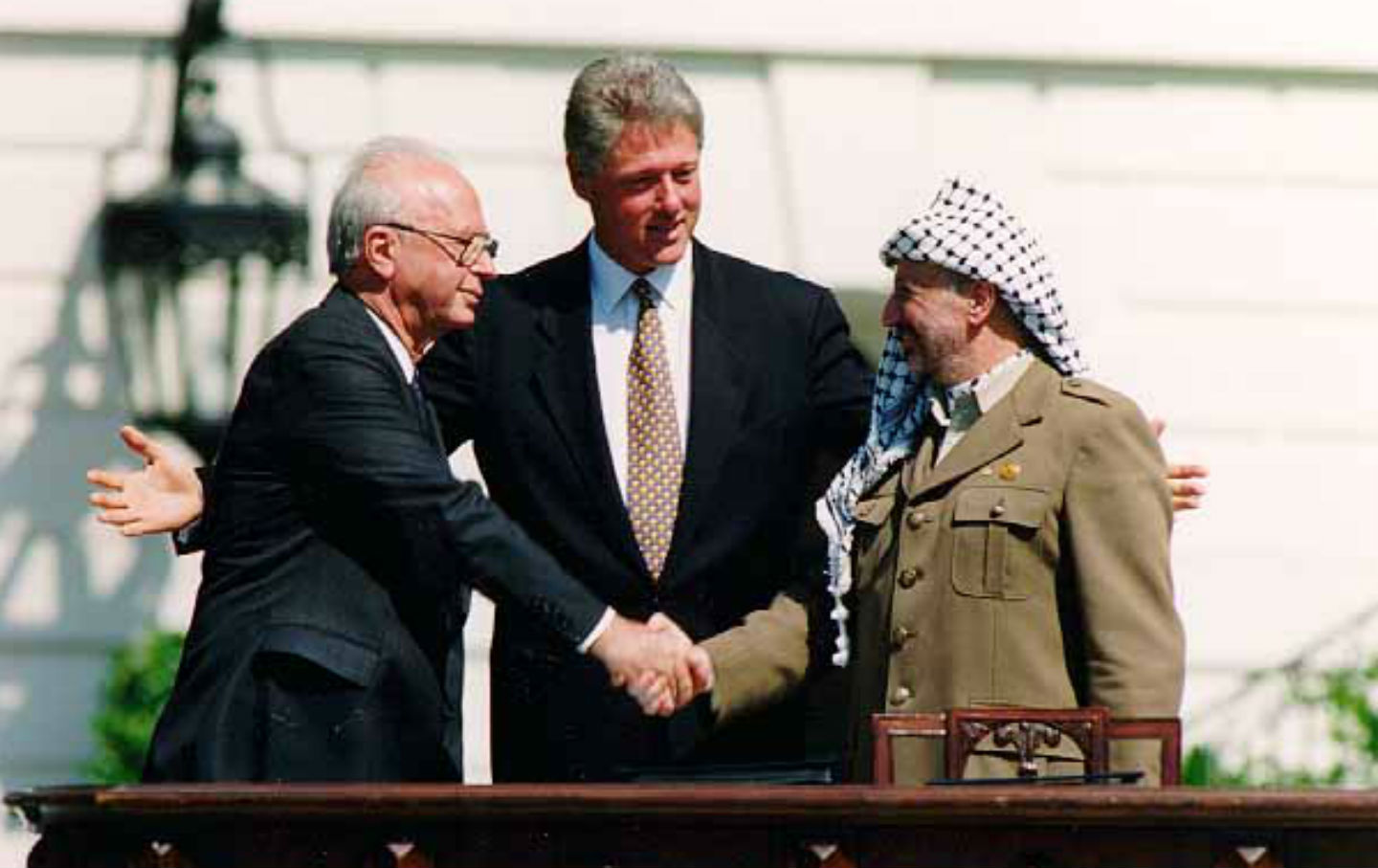 The Oslo Accords were signed on this date in 1993, starting the so-called “peace process” between Israel and Palestine. The Nation was largely skeptical—going so far as to compare the agreement to the Treaty of Versailles, which the magazine had also vigorously argued against—and, in hindsight, justifiably so.

Hopeful as the moment is, it is premature to celebrate. Indeed, even if the initial phases of the Israeli-Palestinian deal get off to a smooth start, which is not assured, there will be many obstacles along the way. Extremists on both sides oppose the process. On the Palestinian side there is uncertainty about how deep this resistance will be, and whether it will be placated or intensified by the limited Palestinian self-rule envisioned. Much depends on whether violence can be curtailed on both sides, and on whether economic assistance is generous enough to bring tangible improvements in the daily lives of those Palestinians who may finally be emancipated from decades of Israeli occupation….

There is a deeper, more subtle challenge to the peace plan: Did the weakness of the Palestinians—exhausted, financially bereft, diplomatically ignored—lead to the acceptance of a bargain that will soon strike the younger generation as a betrayal of their quest for self-determination? The Israeli leadership must sell a solid majority of its own people on the wisdom of negotiating such unresolved issues as the extent and pace of Israeli withdrawal, the future of Palestinian refugees, the eventual disposition of Israeli settlements, the transition from autonomy to sovereignty for the Palestinians and the partial internationalization of Jerusalem. If the Israelis are not forthcoming on these vital matters, the Palestinians will likely feel cheated and humiliated and resume armed struggle, probably under far more militant leadership than Yasir Arafat’s. Here, we should recall how the harsh Versailles settlement imposed on Germany after World War I paved the way for Nazi ultranationalism, racist perversions and militarism. The bitter ironies of such a comparison should encourage Israel and its friends, especially the United States, to satisfy Palestinian aspirations for real independence and sovereign rights. This would provide Israel with by far the best, and least painful, security it has ever known.