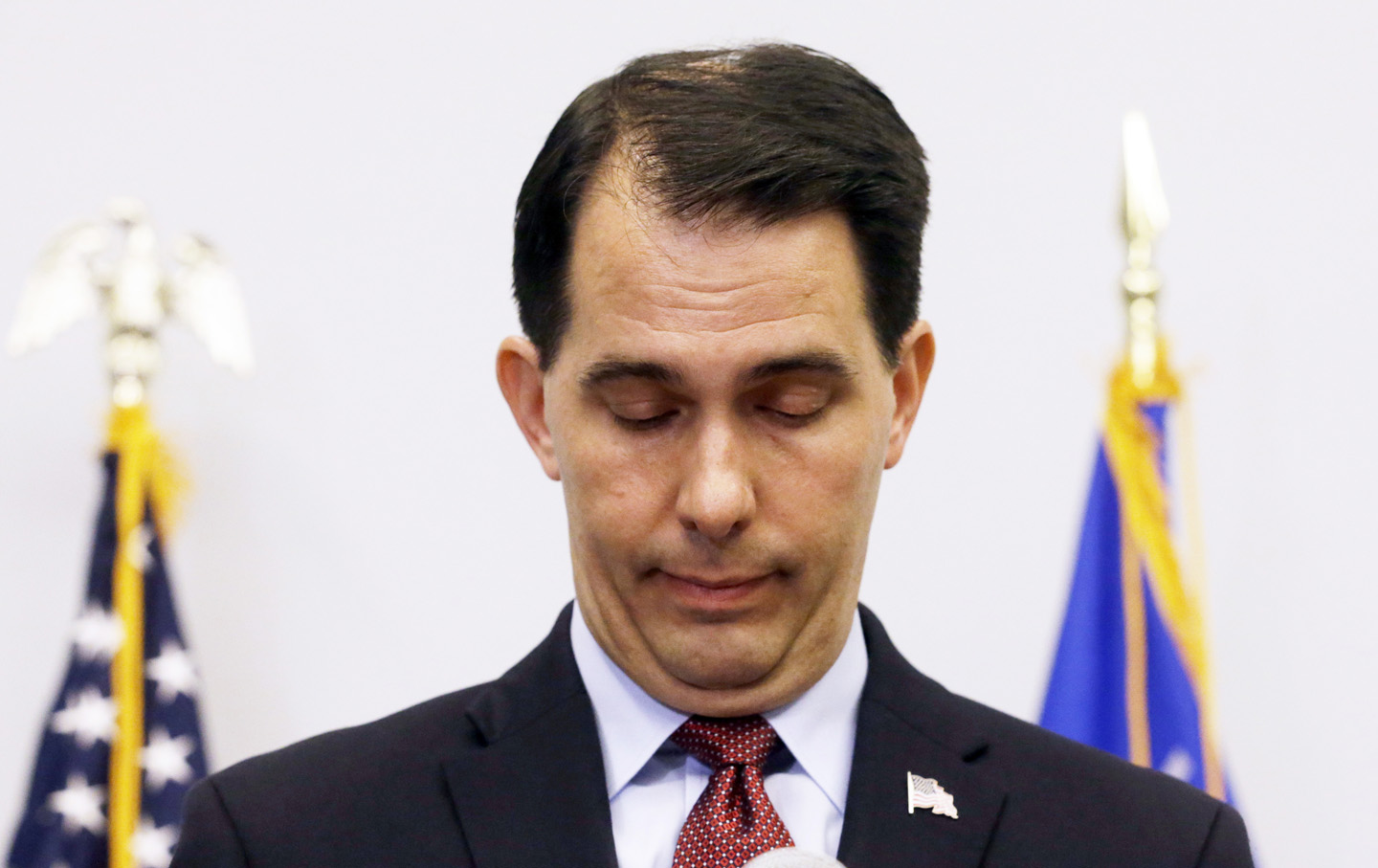 Wisconsin Governor Scott Walker has, since late last year, refused to call special elections to fill vacant state legislative seats. Despite calls from public-interest watchdog groups and Democratic legislative leaders who charged that the Republican governor was playing politics with the process because he feared the loss of seats that had been held by his partisan allies—Walker maintained that he would call no new elections before November.

Walker’s scheme—which parallels plans by Republican governors in Michigan and Florida to refuse to fill legislative vacancies—would have left hundreds of thousands of Wisconsinites without representation for the better part of a year. But Walker’s electoral obstructionism, the subject of an ongoing investigation by The Nation into varying forms of voter suppression, was always in conflict with the state constitution and basic premises of American democracy.

Now a judge has called the governor out for his antidemocratic machinations—ordering Walker to stop infringing on the voting rights of residents of a pair of legislative districts that have been without representation since last December. In ordering Walker to call special elections, Dane County Circuit Judge Josann Reynolds explained: “To state the obvious, if the plaintiffs have a right to vote for their representatives, they must have an election to do so.

Judge Reynolds, a Walker appointee, rejected the argument by the governor’s lawyers that he was not required to call the elections. That argument relied on a legally and practically outrageous attempt to reinterpret Wisconsin statutes, which clearly state that “Any vacancy in the office of state senator or representative to the assembly occurring before the 2nd Tuesday in May in the year in which a regular election is held to fill that seat shall be filled as promptly as possible by special election.” Noting that Walker has frequently echoed conservative arguments that jurists should strictly interpret constitutional and statutory language, the judge wrote: “The two views are inconsistent, incompatible and irreconcilable.”

The ruling in the case that was brought a national group headed by former attorney general Eric Holder, was hailed by Wisconsin Democrats.

“This is a huge win for our democracy. Now voters get to decide whether they want to elect more obstructionists like Trump and Walker, or whether the big blue wave wins the day,” declared state Representative Dana Wachs, an Eau Claire attorney and 2018 Democratic gubernatorial contender, who noted, “Walker has been terrified to fill these seats because he’s afraid of our momentum—and he should be. Earlier this year, Democrats picked up a Wisconsin state Senate seat in a district Trump won [in 2016] by 17 points.”

If the ruling by Judge Reynolds is not challenged, Walker must by next week call separate special elections to fill seats that were vacated by two of his appointees: former Republican state senator Frank Lasee, of northeast Wisconsin, and former Republican state representative Keith Ripp, of south-central Wisconsin. Democrats believe they have a fighting chance to take both seats.

“The Republican agenda of denying Wisconsinites health care, gutting public schools and letting infrastructure deteriorate while manipulating tax policy to reward their wealthy donors has been extremely unpopular in Wisconsin,” explains Democratic Party of Wisconsin communications director Melanie Conklin. “Governor Walker willfully violated his oath of office by refusing to hold elections because Wisconsin is demanding new leadership and he knows it. Democrats stand ready for elections and for creating a state government that is truly responsive to the will of the people in our state.”