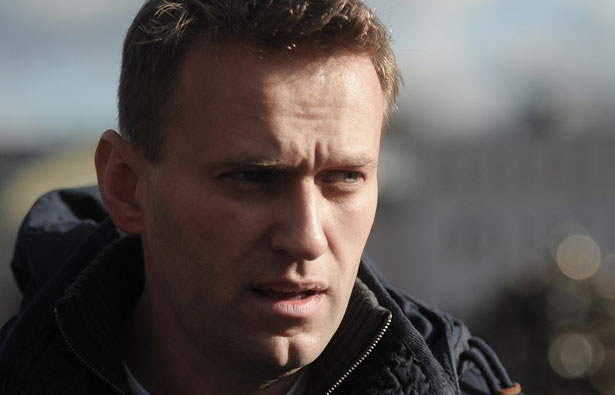 A survey by a state-run pollster before Moscow's mayoral election in September showed opposition leader Aleksei Navalny would get 15.7 percent of the vote. Instead, he got 27.7 percent in the cleanest and most competitive high-profile election Russia has seen in a decade.

Unlike in recent years, when challengers have been disqualified, Navalny and other opposition candidates were allowed to run in—and in some cases win—a handful of regional mayor and legislative elections on September 8, and Kremlin insiders have said the political system is open to critics of the regime. Opposition leaders in Moscow have responded by beginning campaigns for next year's City Duma elections, although recent changes to electoral law have tilted the playing field even more in the ruling party's favor.

Meanwhile, a court last week upheld Navalny's embezzlement conviction, but suspended his sentence, which for now bars him from running for office. The politicized prosecution of Navalny, which began in earnest after a May 2012 street protest that turned violent, seemed to warn against any challenges to the regime from outside its carefully constructed political system.

For now, both sides see a way to gain ground within the system: Opposition leaders can try to develop an electoral base outside the diminished street protest movement, and the regime can bring them into the political system through elections that pro-Kremlin candidates will often still win. (After a nearly five-month break, the latest opposition march in Moscow on October 27 drew an estimated 6,000 people, about 10 times less than the estimated turnout at the largest street protests in 2011 and 2012.)

The roots of the current political situation stretch back to observers' reports of election fraud in the December 2011 State Duma elections, which sparked the largest street protests since the fall of the Soviet Union. (As in previous elections, several opposition parties had been denied registration.) As a result, the Kremlin replaced its main ideologue, and the State Duma reinstated direct gubernatorial elections, which had been abolished in 2004.

The September 8 elections, which included gubernatorial, mayoral and municipal and regional legislative races, seemed to mark another breakthrough for the opposition: Navalny exceeded all expectations in Moscow with his strong finish (although the low 32-percent turnout likely helped him), maverick anti-drug campaigner Yevgeny Roizman defeated the ruling party candidate to become mayor of Russia's fourth largest city of Yekaterinburg, and independent candidate Galina Shirshina, who was supported by the long-standing liberal opposition party Yabloko, defeated the incumbent ruling party mayor in Petrozavodsk, the capital of the Karelia region. Boris Nemtsov, a former Yeltsin-era high official, who has published reports on Putin's alleged opulent lifestyle and corruption in Sochi Olympics construction, was elected to the regional legislature in Yaroslavl.

Despite violations in several regions, observers deemed the vote count as mostly fair, at least in Moscow and Yekaterinburg. President Vladimir Putin himself said Russia had never seen such “legitimate, transparent and well-regulated” elections.

Prior to the elections, the presidential administration had taken a “clear stance” that “no major violations would be allowed” in the vote count, Kremlin-connected political analyst Yevgeny Minchenko told The Nation, although violations were nonetheless reported in some regions. The new policy of making elections more transparent and competitive was confirmed by Volodin at a meeting with political analysts shortly after the elections, the newspaper Izvestia reported, where he said that the presidential administration had fulfilled its goal of bringing the non-system opposition (as opposed to the three relatively Kremlin-loyal “system” opposition parties in represented in the State Duma) into the political system.

An unnamed high-level source quoted in the newspaper Moskovsky Komsomolets seemed to put the regime's view best: “We no longer think it's dangerous if the ruling party doesn't get a majority in a few regions. It's much more dangerous if society doesn't trust the institution of elections.”

The new electoral policy also seems to arise from a need to revitalize the parliamentary opposition with new blood. (The leaders of both the Communist and nationalist parties in the State Duma have been in their positions for more than 20 years.)

“When politicians don't change for tens of years it becomes not interesting to the younger generation of voters,” Dmitry Gudkov, a State Duma deputy who participated in the street protest movement, told The Nation. “If the system parties don't make fundamental changes we won't see them in the next [Duma] elections.” Gudkov said he won't return to his current parliamentary party, A Just Russia, if it doesn't reform.

But it is municipal elections where opposition candidates have the best chance to win. State Duma deputy Ilya Ponomaryov, also a fixture of the street protest movement, told The Nation at the Valdai International Discussion Club last month that the elections were “a clear signal it is possible” for opposition leaders to win municipal elections without the Kremlin's interference. He said he would run for mayor of Novosibirsk next year.

In some other big cities, however, city legislatures—usually dominated by United Russia—appoint the mayor. For that reason, Gudkov is starting initiative groups in Chelyabinsk, Nizhny Novgorod and Ryazan to campaign for the return of direct mayoral elections. (The September race was Moscow's first direct mayoral election since 2003.)

Meanwhile, a number of politicians from non-parliamentary parties have announced their candidacy for the Moscow City Duma elections next year, including Ilya Yashin, a street protest figure and one of the leaders of Nemtsov's RPR-Parnas party, and Kirill Goncharov of Yabloko. Former pro poker player Maksim Kats, a deputy in a neighborhood council and one of the managers of Navalny's mayoral campaign, has also announced his intention to run, and billionaire Brooklyn Nets owner Mikhail Prokhorov and several other members of his celebrity-filled Civic Platform party will likely enter the race as well.

Even if he is ineligible for elections, Navalny may still be able to put forward candidates through the People's Alliance, a party made up of his supporters, if it is able to register with Justice Ministry, which has refused it twice. Minchenko said that to grow as an independent politician, Navalny needs to raise his limited popularity outside of Moscow by backing candidates in regional elections. His political future will also depend on how useful he is to factions within the Kremlin seeking to use him against their rivals, Minchenko added. (Navalny has admitted to accepting money from Kremlin-connected operative Stanislav Belkovsky, and some have accused him of working with ruling elites.)

But even as municipal and regional elections beckon, legislative changes are making it still more difficult for opposition candidates to win. This week, the State Duma approved a law that will lower the minimum number of representatives in regional and municipal legislatures that must be selected by party lists from 50 percent to 25 percent, meaning that 75 percent of deputies can now be elected in winner-take-all races likely to be dominated by United Russia.

At the same time, the law will raise the 5-percent party-list threshold for entry to municipal legislatures, meaning that parties must now get a minimum of 7 percent of the vote to win any representatives at all. (Many European national legislatures have electoral thresholds of 5 percent or less.) The law was approved along party lines, with all United Russia deputies voting for it and all deputies of the parliamentary opposition parties voting against.

Meanwhile, a group of senators from the upper house of parliament introduced controversial legislation into the State Duma last week that would reintroduce the “against all” option to ballots in Duma elections, a move that would likely take votes from opposition parties.

Despite these barriers, however, the trend is toward more opportunities for opposition candidates. Even Navalny's political future may not be as bleak as it seems. Although Russian law forbids those convicted of grievous crimes including embezzlement from ever running for office, the Constitutional Court recently instructed the State Duma to revise the law. Meanwhile, the Duma has been tasked with drafting an amnesty for non-violent criminals that could also allow Navalny to re-enter electoral politics.

The regime seems open to dialogue with the opposition within an official framework, as was shown at the annual conference in Valdai on September 16-19, where Putin answered direct questions from non-system opposition leaders for the first time publicly. To the delight of opposition-friendly news outlets, Putin even said Navalny's name for the first time publicly: When I met the president at the cocktail hour and asked him if he deliberately doesn't say the opposition leader's name, he replied, “No, why? Aleksei Navalny is one of the leaders of the opposition movement.”

But as if to underline the limits of the regime's openness, as other opposition leaders traveled to Valdai, Navalny himself was barred from leaving Moscow pending the appeal of his embezzlement conviction.

The Obama administration took a big step toward scaling back the US' Middle East presence.