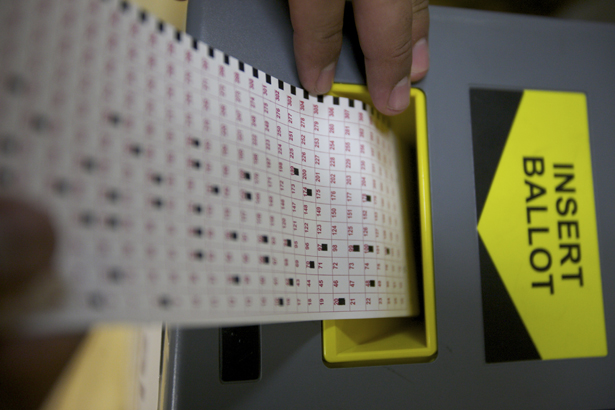 This article was originally published in the student-run Daily Tarheel.

The Republican and Democratic National Committees have launched opposing initiatives for the upcoming midterm elections—the target this time: youth voters.

Ferrel Guillory, a UNC journalism professor and director of the Program on Public Life, said the old cliché of every vote counting might ring true for the midterm elections.

“The control of the United States Senate remains in the balance in this election, and in North Carolina the contest between Senator Hagan and speaker Tillis appears to come down to just a figurative handful of votes,” Guillory said.

Youth voters have a known Democratic tilt in their political views. In a poll by Fusion, an online news network, 47 percent of people aged 18 to 34 said they would vote Democrat in 2014, compared to 32 percent who would vote Republican.

Raffi Williams, deputy press secretary for the RNC, said the Democratic lead among youth voters can be attributed to the fact that the RNC has only recently begun an outreach program to youths.

“If you look at the Democratic agenda, it hasn’t helped millennials at all,” Williams said, noting high youth unemployment rates. “So it is voting for your future, for your interests and the interests of the country to get out there to vote.”

Last week the RNC held a conference call between Tillis and College Republicans, volunteer days, phone banking and various rallies throughout the state.

Additionally, the DNC allows individual state campaigns to use its election infrastructure, and the College Democrats released a video Thursday.

Rob Flaherty, youth media director for the DNC, said youth voters have tended to vote Democratic because the Democratic Party represented them best on issues like gay marriage, equal pay, healthcare and student loans, among others, and that Republicans stand against the interests of young voters.

“Republicans, no matter what they are saying, stand for the same things,” Flaherty said. “They said they had to do this rebrand and that if they were to reach out to young people they had to change how they reach out, but not what they stand for.”

Guillory said the new, targeted form of campaigning came from lessons from President Barack Obama’s 2008 campaign. Parties still use television ad topics, but have started using targeted efforts to motivate the base to vote in order to win elections.

Flaherty said the DNC is trying to ensure that young people, who typically have low turnout in midterm elections, will come out to vote in November in record numbers.

“If you look at where our generation is going, young people are an increasing share of the population,” Flaherty said. “By 2016, data is showing that young people, people called millennials, are going to be about a third of the electorate, so this is an important opportunity for young people to have their voices heard.”