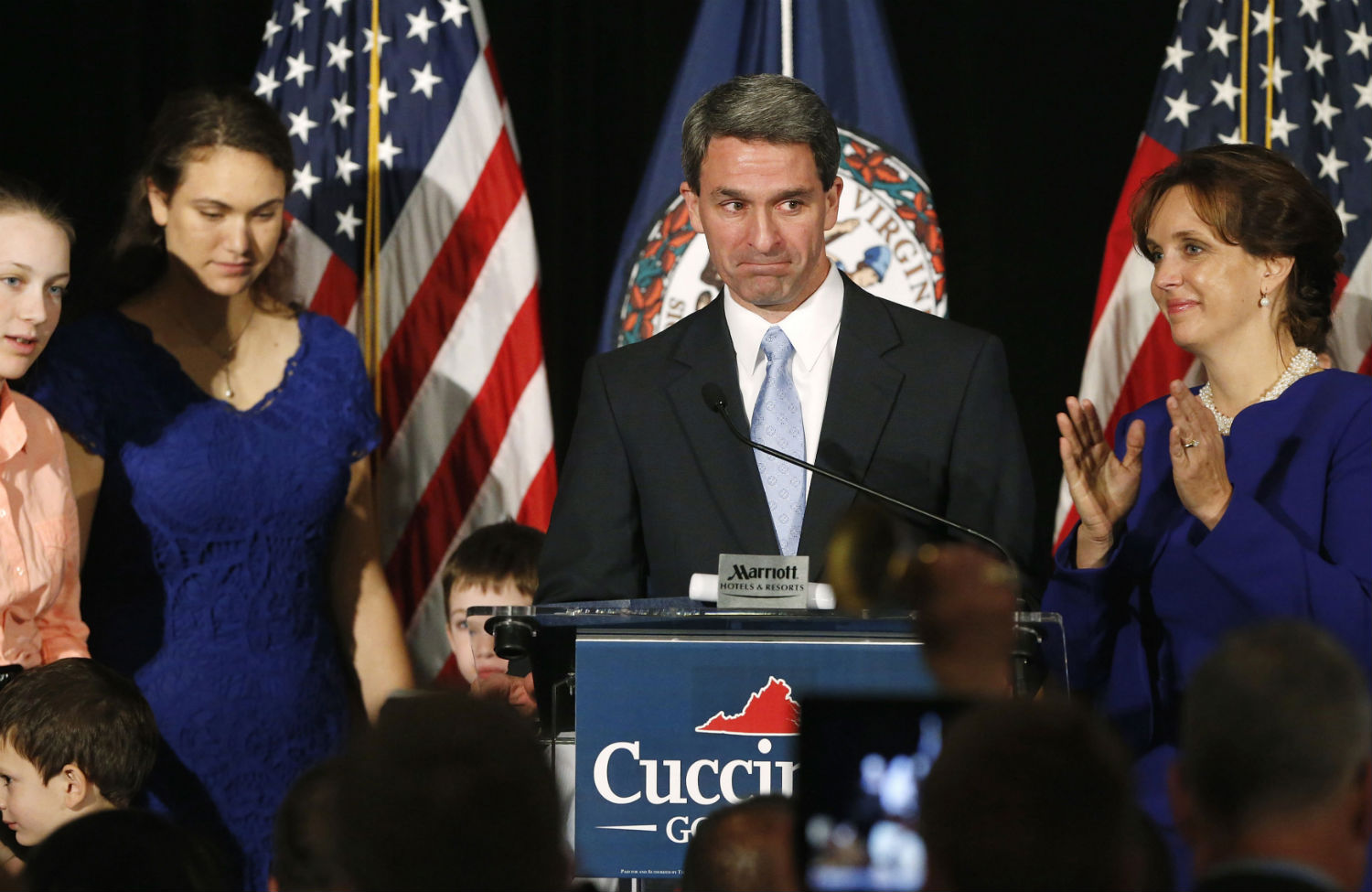 Republicans just lost the Virginia gubernatorial race to Terry McAuliffe, a smarmy, unlikeable Clinton hack with negligible governing experience. They did it by putting up Ken Cuccinelli, an anti-abortion absolutist who also wants to ban sodomy, and whose running mate, E.W. Jackson, thinks yoga leads to Satanism. This, clearly, is going to lead conservatives to rethink the value of ideological maximalism, and to seek more pragmatic candidates in future elections.

Just kidding! On the right, Cuccinelli’s loss is being interpreted the way such losses are always interpreted: as a result of insufficient conservatism. Towards the end of the campaign, when it became clear that defeat was inevitable, right-wingers started floating the idea that the Republican was suffering because he was too squishy. Writing in The Washington Post, Maggie Gallagher argued that Cuccinelli was losing because he wasn’t aggressive enough in his anti-abortion rhetoric: “Democratic charges of a Republican ‘war on women’ are predicated on the GOP’s self-imposed truce on social issues…When social subjects arise, GOP candidates go mute, retreat and change the subject.”

Similarly, the executive director of the Richmond Tea Party told Breitbart, “[C]onservatives are highly concerned about Obamacare, immigration, and moral decline, and are looking for reassurance and leadership in those areas. Attorney General Cuccinelli has not taken a hard stand on those issues. The net effect is that he’s not exciting his base, which dampens campaign volunteer activism.”

In the wake of Cuccinelli’s loss, a slightly new version of this argument has arisen. Rather than blaming Cuccinelli’s ideological timidity, conservatives are faulting the GOP establishment for failing to champion truly conservative candidates. “REPORT: GOP Abandoned Republican Candidate,” Drudge tweeted Wednesday morning, referring to a complaint from a Cuccinelli strategist that the national party hadn’t come through with enough money.

One the front page of National Review Online was a piece by Jonah Goldberg subtitled, “The establishment failed Cuccinelli.” The candidate, Goldberg wrote, “could have pulled this thing out if he’d had more help at the end.… The RNC treated him like a write-off.”

All Cuccinelli’s defeat has done, then, is convince the Tea Party that it needs to redouble its efforts to wipe out impurity in the Republican ranks. Indeed, last night, Tea Party Nation tweeted, “Tomorrow the war against the #GOP establishment is on, no matter what happens tonight.”

Every so often, pundits will start wondering whether this or that defeat will lance the boil of Republican extremism. The answer is pretty much always no. If you want to know why, check out the social psychology classic When Prophecy Fails, by Leon Festinger, Henry Riecken, and Stanley Schacter:

Suppose an individual believes something with his whole heart; suppose further that he has a commitment to this belief, that he has taken irrevocable actions because of it; finally, suppose that he is prevented evidence, unequivocal and undeniable evidence, that his belief is wrong; what will happen? The individual will frequently emerge, not only unshaken, but even more convinced of the truths of his beliefs than ever before.

The authors, of course, were discussing millenarian cults, not the modern conservative movement. That, however, is no longer a particularly meaningful distinction.

Jessica Valenti discusses a new law in Texas that restricts women’s access to abortions with Merritt Tierce of the Texas Equal Access Fund.