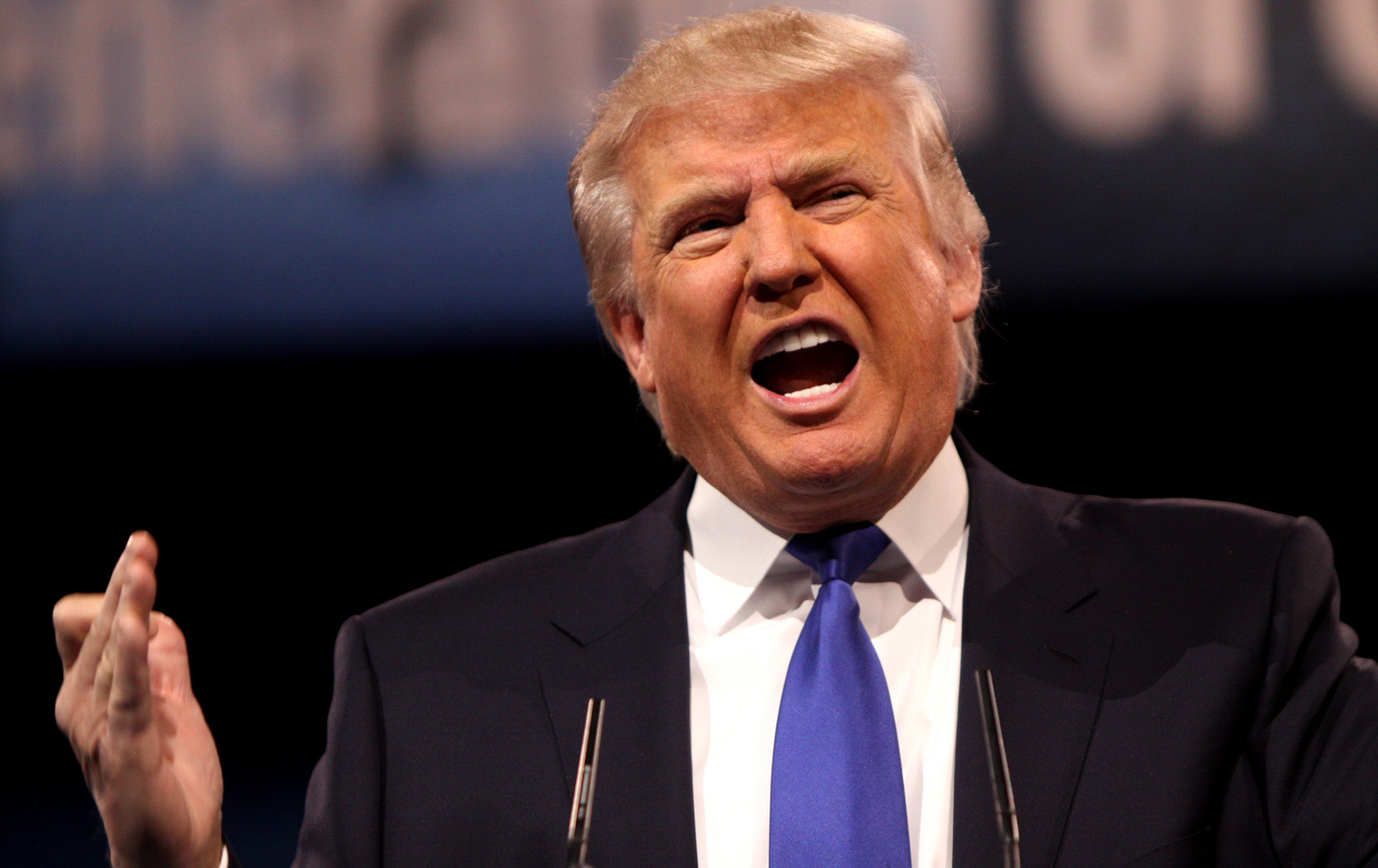 Cleveland—As Republican Party “constitutionalists” prepare to nominate authoritarian billionaire Donald Trump for the presidency this week in Cleveland, the American Civil Liberties union has determined that the candidate’s proposals would violate the First, Fourth, Fifth, and Eighth Amendments of the Constitution.

It is not news that Trump has, during the course of his campaign for the GOP nomination, put himself at odds with basic premises of a Bill of Rights that defends a free press, guarantees freedom of religion, and guards against torture and abuses of privacy. But when his proposals are pulled together—as the ACLU has done in a new analysis of the Republican candidate’s public statements and policy positions—the extent to which Trump would shred the Constitution in general and the Bill of Rights in particular is breathtaking.

“If put into place, (his policies) would violate the Constitution and federal and international law.” —ACLU on Trump

Trump has from the start of his campaign sparked controversy with statements, actions, and proposals that disregard the First Amendment. He and his aides have created blacklists of journalists, and the candidate has expressed an interest in rewriting libel laws in order to intimidate, punish, and potentially silence critics of powerful individuals and interests. Trump has, as well, proposed schemes to discriminate against Muslims and to spy on mosques and neighborhoods where Muslims live—with steady disregard for the amendment’s guarantee of protection for America’s diverse religious communities.

But that’s just the beginning of Trump’s assaults on the Constitution. Trump has encouraged the use of torture and blatantly disregarded privacy protections that have been enshrined in the founding document since the 18th century. He has attacked the basic premises of a constitutionally defined separation of powers, with rhetorical assaults on individual jurists and the federal judiciary so extreme that House Speaker Paul Ryan described one such attack as  “the textbook definition of a racist comment.” He has proposed instituting religious tests. He has shown open and consistent disregard for the promise that all Americans will receive equal protection under the law.

“If implemented, Donald Trump’s proposed policies will spark a constitutional and legal challenge that would require all hands on deck at the ACLU,” says Romero. “The ACLU and its more than 300 attorneys in all 50 states, Puerto Rico, and Washington, D.C., stand ready to challenge and impede implementation of his unlawful proposals, should he attempt to see them through.”

It should never come to that.

How can "constitutionalists" embrace Trump's attacks on the Bill of Rights?

Even today, sincere conservative and libertarian-leaning Republicans defend the Constitution, sometimes working in conjunction with progressive Democrats and the nonpartisan ACLU.

A Republican convention that is true to the party’s heritage and the values, expressed not just by past presidents (from Abraham Lincoln to Teddy Roosevelt to Dwight Eisenhower and, yes, even to George W. Bush) but by the founders and defenders of the American experiment would make a mockery of itself by nominating Donald Trump.

If it does, responsible Republicans should join Democrats and independents in aggressively and absolutely rejecting the nominee of a party that has abandoned its history, its ideals, and its country.