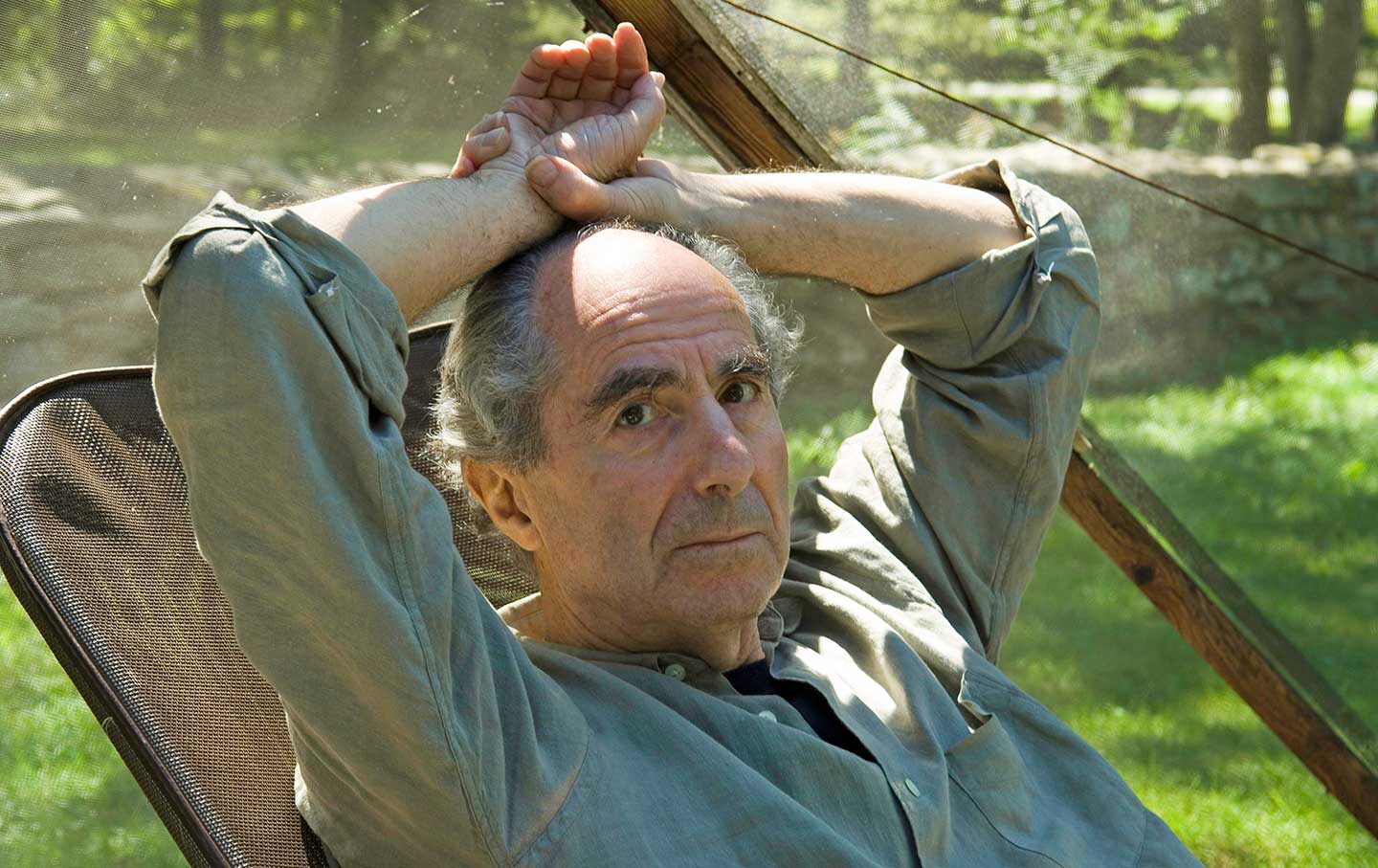 He could have done stand-up. In fact, he did sometimes upend a party riffing on the plot of a ridiculous movie like The Boys From Brazil, and just last month told me over dinner that a producer had wanted to make a musical out of Nemesis, his dark tale of a polio epidemic rolling through New Jersey: “Can’t you see it, ‘POLIO! da da da da da da POLIO!’” he sang in a brief burst of Broadway, his arms waving to suggest the chorus kick line.

Why begin a tribute to Philip Roth with his antic humor? Because it was one part of what the long literary obituaries leave out: how alive he was to everything. The other, more serious, omission is how generous he was with every gift he had. We met a long time ago (“in the 19th century,” he told the young woman who was making us dinner). I’d written a review of his comic fantasy The Breast and we met for drinks in Philadelphia after his class at the University of Pennsylvania. I was a fledgling academic and I told him that I wanted out, that tenure was the worst thing that could befall me. What else happened? Two things: He made a pass; I turned it aside. What happened then? We kept talking. We became friends. Months passed. I got tenure, and one day I got a call from The Nation. They were looking for a literary editor and Philip had recommended me.

It was the first of several kindnesses, and I know that Philip’s friends can all tell stories of many more. His series for Penguin Books, Writers From the Other Europe, brought Milan Kundera, Bruno Schulz, Ludvík Vaculík, and several others to our attention. After the series ended, Philip continued to worry about getting royalties to the writers whose works were banned in their native countries. Meanwhile, he wrote, gathering prizes, being serious about serious matters, comic about much else, fighting through heart problems and back problems, despair, and depression, and still answering his friends, still rolling with the punches.

In 1981, when I reviewed the high-minded Diana Trilling’s best-selling Mrs. Harris: The Death of the Scarsdale Diet Doctor in The Nation, I revealed that the unnamed writer she pilloried as a vulgarian for bragging about his country house in a New York Times profile was Philip Roth. (Unless she was tone-deaf, she had to have known that Philip was actually leavening that tedious interview with a moment of delightful self-parody: Paddling around in his pool, he had asked the journalist, “Does Irving Howe have this?!”). My article appeared and Philip sent the magazine one of his comic rants:

My shame’s revealed and The Nation’s to blame. That it’s I who am the most vulgar legislator of mankind now legislating in America would have been known only to Diana Trilling and me, had it not been for Elizabeth Pochoda blowing my cover in her review of Mrs. Trilling’s book on Jean Harris….

Beware, Pochoda. I’ve still got many dirty millions left from legislating my Tarnovian taste to mankind, and Mrs. Trilling has just got a clean cool million in return for the rights to make a sober, tasteful, big-budget movie of her book—and if she and I ever pool our resources, you and The Nation won’t know what hit you…. I assure you that despite her cultivation and refinement, Mrs. Trilling isn’t somebody whose pugnacity you’d want to confront, certainly not were she allied with a leading American lowlife like me.

Low blows answered with high spirits—a Roth specialty. He had always taken more than his share of grief, beginning with the Jews who got on his ass about Goodbye, Columbus and then doubled down on Portnoy’s Complaint. The second wave of feminism in the 1970s turned up the volume on his supposed misogyny so that by the time Claire Bloom published her poisonous account of their marriage in 1996, the deal on Philip and women was done. We discussed it. I thought that Bloom’s book opened a trademark dispute: Philip wrote fiction as if it were about his life; was his former wife doing something of the same thing?

I treasure the man who wrote the best American sentences of our time, always struggling to perfect “the rich native tongue by which I am possessed,” as he put it. A patriot who was never unaware of his country’s capacity for “unsurpassable callousness, matchless greed, small-minded sectarianism, and a gruesome infatuation with firearms,” who nevertheless kept at it “to discover the most arresting, evocative verbal depiction for every last American thing.” In 2018, still generous despite it all.