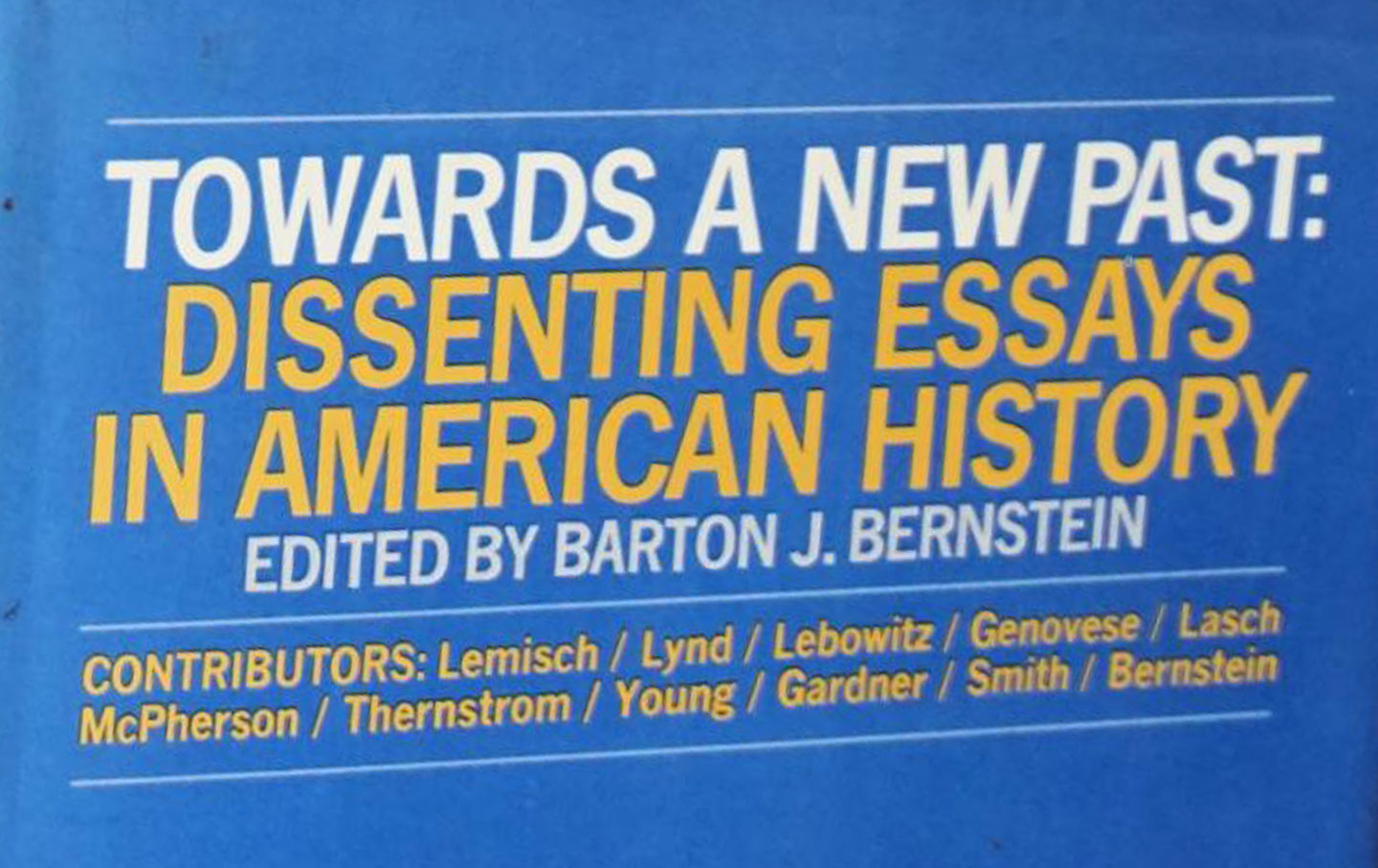 Towards a New Past : Dissenting Essays in American History

I had never seen Jesse so happy. There we were, in March 1991, in Moscow’s massive Hotel Rossiya, off Red Square, searching for Siberian miners who had journeyed to Russia’s capital city to wage a hunger strike. We had originally traveled there to speak at a conference, “New Approaches to the Study of American History,” but had broken off to attend a protest in Manezhnaya Square, where we heard about the miners. Off we went in search of history from below in the making. The joyous gleam in Jesse’s eye lit our way.

Jesse helped to pioneer history from below, which erupted in late 1960s and early 1970s as various social movements demanded power, including a new, more democratic and inclusive account of American history. Inspired by the many-sided struggles of African Americans, women, students, and workers, New Left historians such as Jesse fiercely challenged the elitist, or “top-down,” traditions of historical writing within the academy, upending the “consensus” approach to the American past that had grown from the poisonous atmosphere of the Cold War in the 1950s.

Born a red-diaper baby in Greenwich Village, Jesse was a natural-born fighter. He was educated at the elite private Hotchkiss School in Lakeville, Connecticut, and would become a lifetime critic of what he called its “bigotry, directed at Jews, the physically different, Catholics, homosexuals, females and the people of Lakeville as well as the lower classes elsewhere.” Continuing to Yale University as an undergraduate, then to Columbia and back to Yale for graduate study, Jesse joined the Student League for Industrial Democracy, which later became Students for a Democratic Society, and formulated his ideas about history. As he wrote in an SDS pamphlet in 1966, “History, the democrat believes, can happen from the bottom up, and the democrat as historian will write it from the bottom up.” Jesse knew, with Bertolt Brecht, that it was not kings who had built the Seven Gates of Thebes and hauled the craggy blocks of stone.

His first major article, “The American Revolution Seen from the Bottom Up,” appeared in 1967 in the path-blazing New Left collection Towards a New Past: Dissenting Essays in American History. Jesse injected a class perspective into the ultraconservative field of early American history, arguing that all people “are created equal, and rational, and that since they can think and reason they can make their own history. These assumptions are nothing more nor less than the democratic credo. All of our history needs re-examination from this perspective.” So it would be after this manifesto, as social historians explored and celebrated the agency of those long excluded from the history books. Jesse followed in 1968 with a second historic article, “Jack Tar in the Streets: Merchant Seamen in the Politics of Revolutionary America,” a bombshell that blew open the gates of early American history, allowing many new historical subjects to enter.

Throughout the 1970s Jesse courageously attacked the most powerful establishment historians with good humor and great determination. He published a pamphlet entitled On Active Service in War and Peace: Politics and Ideology in the American Historical Profession in 1975 and a polemic against the conservative “dean” of early American historians, Bernard Bailyn, who was, Jesse announced in the Radical History Review, “Besieged in his Bunker” by the proliferating histories from below.

During the 1980s and after, Jesse devoted himself to his beloved wife, the brilliant feminist psychologist/neuroscientist Naomi Weisstein (1939–2015), who fell seriously ill of chronic fatigue syndrome. Jesse had moved from the University of Chicago, where he was denied tenure for political reasons in 1968, to Northwestern University and Roosevelt University, to the State University of New York at Buffalo, to Baruch College, and finally to the John Jay College of Criminal Justice. Based in New York, he commuted for a while back to Buffalo to help run Naomi’s lab and experiments. He also fought an epic battle against the medical establishment and the insurance companies to keep her alive. He published an op-ed in The New York Times in 1992, “Do they Want my Wife to Die?” Jesse later summarized his half-century with Naomi as “filled with joy, hilarity, shared pain, total honesty, jokes told and re-told.”

Meanwhile Jesse undertook something of a second career as an essayist and a polemicist, publishing, for example, many articles in The Nation, New Politics, and other periodicals on a variety of subjects: the politics of “left folk culture”; the discrimination of taxis against people with disabilities; Steven Spielberg’s Amistad; the Weather Underground; and many other subjects. Jesse became a cultural critic at large.

Throughout his politically engaged life Jesse was a tough, fun-loving contrarian who loved to laugh; he had a good bit of the Yippie in him. He infuriated his enemies and not infrequently annoyed his friends and comrades. He had a fierce intelligence and a wicked, deeply subversive sense of humor. He could be hamish even as he fought with you. What I liked most of all in him was his radical spirit: Over the years that bright red flame never flickered. Jesse fulfilled the hopes of the great English working-class leader Tom Mann, who vowed to grow more dangerous, not less, as he grew older.