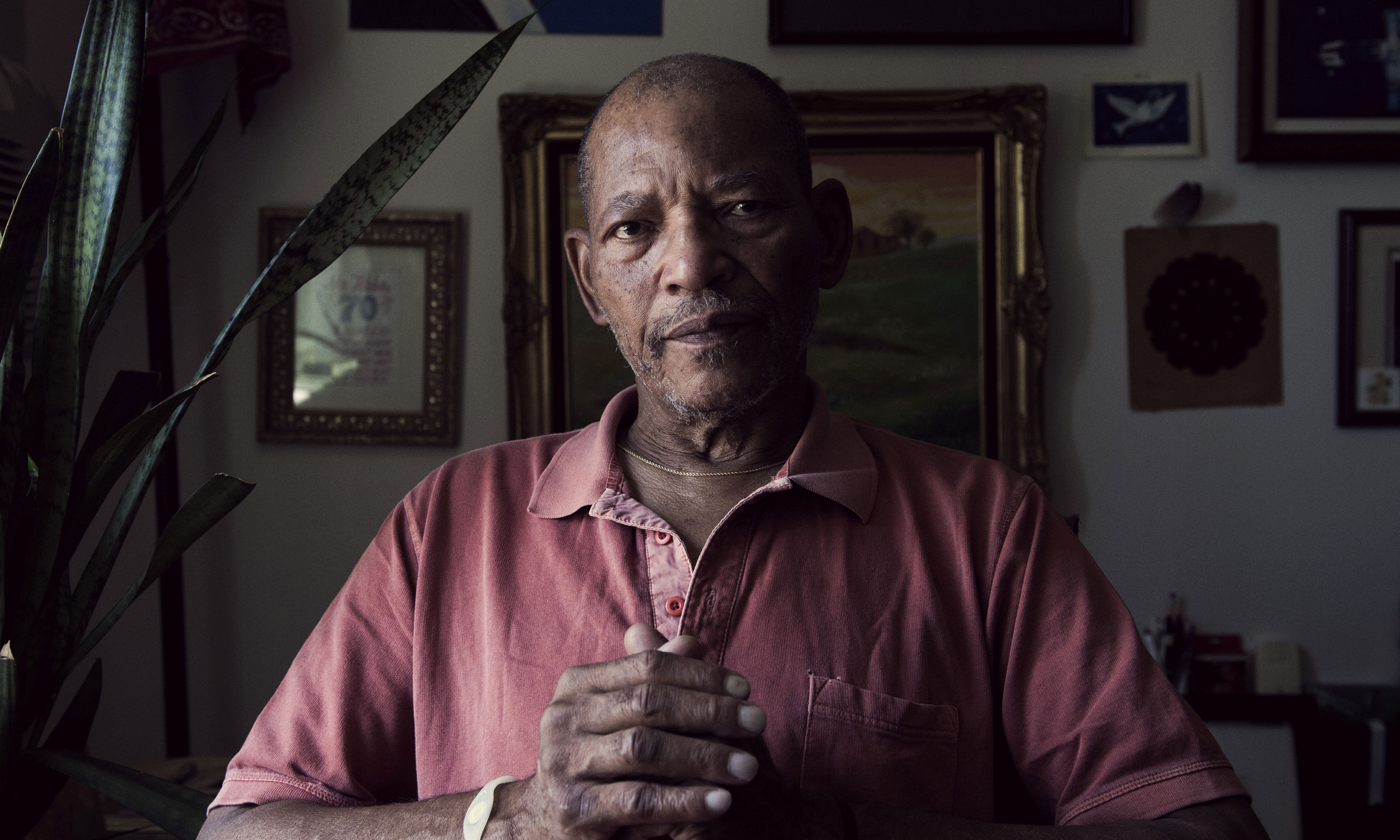 I met Delbert Tibbs at the Bowery Poetry Club in the spring of 2003. At the time I was studying journalism at NYU, which meant I had very little money but a lot of time to read and write and wander around the city looking for stories. Tibbs had flown in from Chicago to celebrate the 200th performance of The Exonerated, an off-Broadway play that threads together the stories of six former death row inmates, including his own. After the show he stopped by the club to recite a few poems from his latest self-published collection, Song Singing Songs. We spoke briefly at the bar and agreed to meet up again in Chicago a few weeks later, when I would be on break visiting my parents. On a sunny Saturday afternoon, we sat down on a patch of grass near his home in the South Side neighborhood of Hyde Park. I remember he carried a duffel bag and chain-smoked cigarettes and wore a scarf with a small green heart stitched into it, even though it wasn’t all that cold.

Tibbs was incredibly generous with his time, and he presented his life’s journey as a sort of spiritual parable. In his telling there are no religious denominations, no borderline between the sacred and the profane, and we are all guilty of being human. From a journalistic standpoint I knew I was late to the game: The Exonerated had been out for months and had gotten a lot of good press, and Studs Terkel had captured Tibbs’s remarkable voice in his most recent oral history collection, Will the Circle Be Unbroken? But still I peppered him with my questions, and he graciously answered them all. He told me about his early childhood on a cotton farm near Shelby, Mississippi, the new world he encountered at age twelve when his family moved to Chicago, the odd jobs he took as a young man, where submission to racism was all but written into the black employee handbook. He drank and smoked too much, he said, and struggled to provide for his wife and young son. In search of some soul-cleansing, he enrolled at the Chicago Theological Seminary, but after a year and a half, disillusioned by the racism he found even inside those walls, he dropped out.

That was when he started roaming the country. From 1972 to 1974, he covered forty-six states, hitchhiking, riding the rails, sleeping under bridges, walking his ass off, as he put it. He said he nearly froze to death during a snowstorm in Oklahoma and rode through the swamps of Louisiana on a freight train. I drank it all in, mesmerized, a parishioner at a pew.

In March 1974 Tibbs was arrested for the murder of a man named Terry Milroy and for the rape of Milroy’s seventeen-year-old girlfriend, Cynthia Nadeau, along a Florida highway. No evidence was found linking Tibbs to the crimes, nor did Tibbs match Nadeau’s original description of her assailant. Strong evidence suggests that Tibbs was hundreds of miles away at the time. In the case of State of Florida v. Tibbs, however, the defendant was sentenced to death by an all-white jury and sent to the maximum-security wing of Florida State Prison to await execution. A year later the Florida Supreme Court reversed the conviction, citing lack of evidence and calling into question Nadeau’s credibility as the sole witness. Tibbs was released in 1977, and in 1982 all charges were dropped.

After he was released, Tibbs said, he felt that he had to learn how to be human again. He couldn’t sleep for days at a time. He wouldn’t let himself hold babies, and he was tentative about entering into new relationships. But he found a sense of purpose and community as an anti-death-penalty activist, and he fought hard for abolition. Over the years he spoke out regularly about his case and the many others like it that continue to pollute the US justice system. He countered this deep offense with perseverance and poetry, and he considered it a holy cause.

About two years ago, I moved to an apartment in Hyde Park three blocks from where Tibbs and I met that day. More than once I considered tracking him down, but I never did. And I never ran into him in the neighborhood either, although I always kept an eye out. I saw his face on Sunday, though, when I opened the New York Times and found his belated obituary. Delbert Tibbs died November 23 at age 74. The cause, according to the paper, was uncertain.