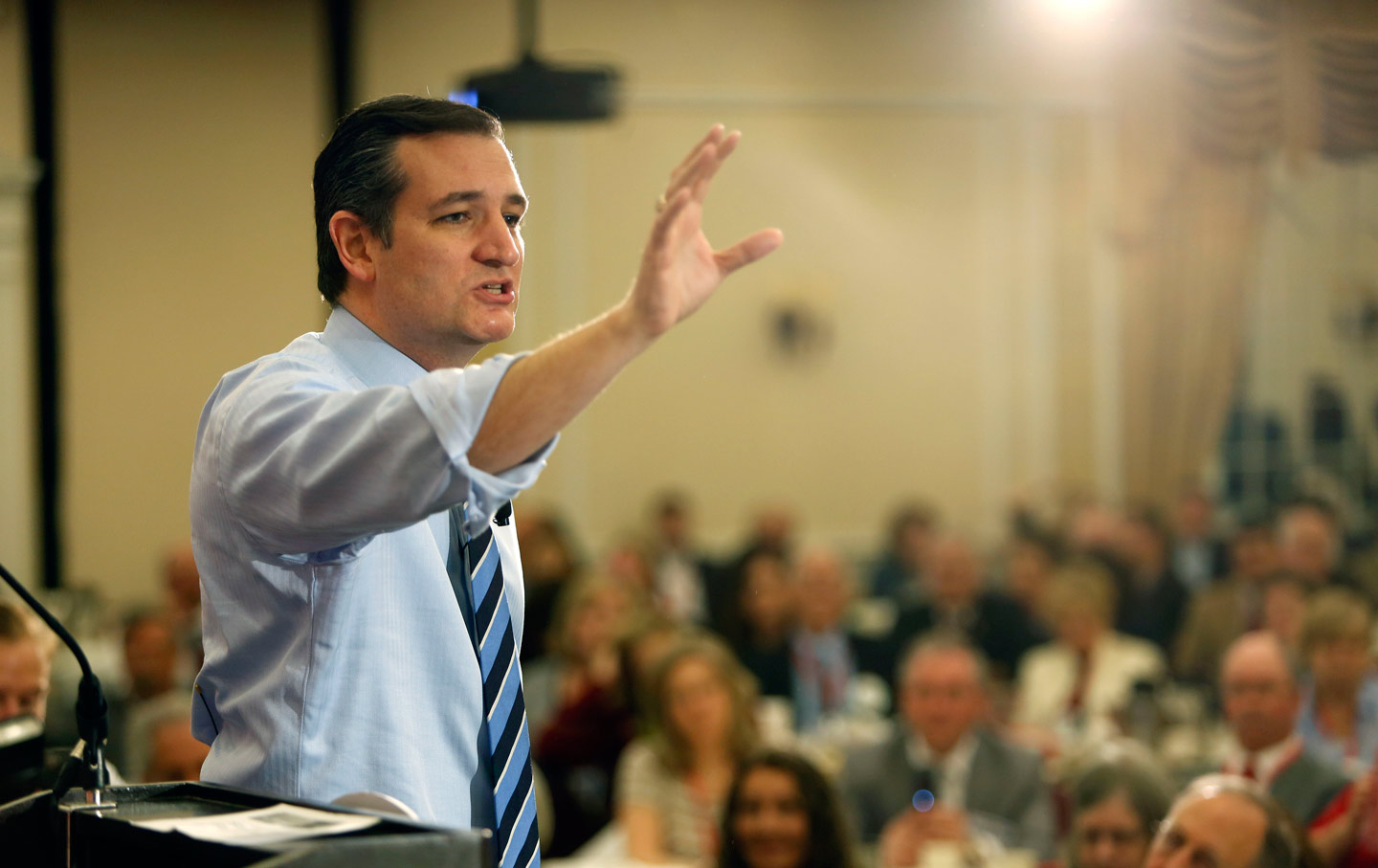 We saw the 2016 GOP presidential field for the first time in mid-April, when 19 Republicans appeared onstage in New Hampshire for a “First in the Nation” candidate forum. Most of the speakers had not yet formally declared for the presidency, and everyone was testing out their tentative campaign message on primary voters.

But this was not the beginning of the GOP contest—in fact, the most important part is almost over. For months, the candidates had been frantically competing in the “invisible primary,” an ignominious feature of post–Citizens United politics in which the dollars of generous conservative benefactors are the prize.

Candidates crisscrossed the country at a furious pace, and with as little public fanfare as possible. Even those who desperately need media attention studiously avoided reporters as they visited some of the nation’s most decadent outposts of wealth. There was the Club for Growth retreat at the Breakers resort in Palm Beach, Florida; a confab held by Sheldon Adelson at his Venetian casino in Las Vegas; an exclusive American Enterprise Institute donor conference at Sea Island, Georgia; and a conclave held by the Koch brothers at the Ritz-Carlton in Rancho Mirage, California.

The candidates stepped onto the stage in Nashua already molded by a few ultra-wealthy Americans. Senator Ted Cruz, for example, offered his plan for the Internal Revenue Service: “We need to padlock that building, take every one [of the employees], and put them on our southern border.” That line no doubt appealed to Wall Street impresario Robert Mercer, whose hedge fund has been pursued by the IRS. Super PACs backing Cruz claim they raised $31 million over one week in April; Mercer is reportedly their primary funder.

Senator Marco Rubio asserted in his speech: “We have a tax code that makes America one of the most expensive places to innovate and invest.” One of Rubio’s signature domestic planks will be a tax-“reform” plan that cuts almost every tax paid by the wealthy: on capital gains, on dividends, on carried interest and estate taxes. In a particularly crude maneuver, Rubio announced the new tax plan not on the Senate floor, but at the Club for Growth donor retreat in Palm Beach.

Senator Lindsey Graham declared, “The central theme of my candidacy would be to protect this nation.” He spoke with zeal about the threats he sees facing Israel; in a perhaps too-candid interview, he also mentioned that “I may have the first all-Jewish cabinet in America because of the pro-Israel funding.”

Then there’s Governor Scott Walker, who closed the summit. The truly radical small-government plan he outlined would “take major portions of the federal government and send it back to the states,” including social services, transportation, Medicare, and Medicaid. Two days later, libertarian über-donor David Koch reportedly told a gathering that he hoped Walker would become the GOP nominee.

Small government, a reduced tax burden, and aggressive military interventions are perennial attractions for conservative voters. But the plans outlined in New Hampshire are so extreme that they almost defy belief. A Gallup poll last year showed 45 percent of Republicans believe “upper income people” paid too little in taxes, and almost half of Republican primary voters think the United States should slow down foreign interventions. Only through the fun-house mirror created by wealthy donors, and in a system where the Koch brothers plan to spend more than the Republican National Committee, do we get candidates like the ones we just saw in New Hemisphere.