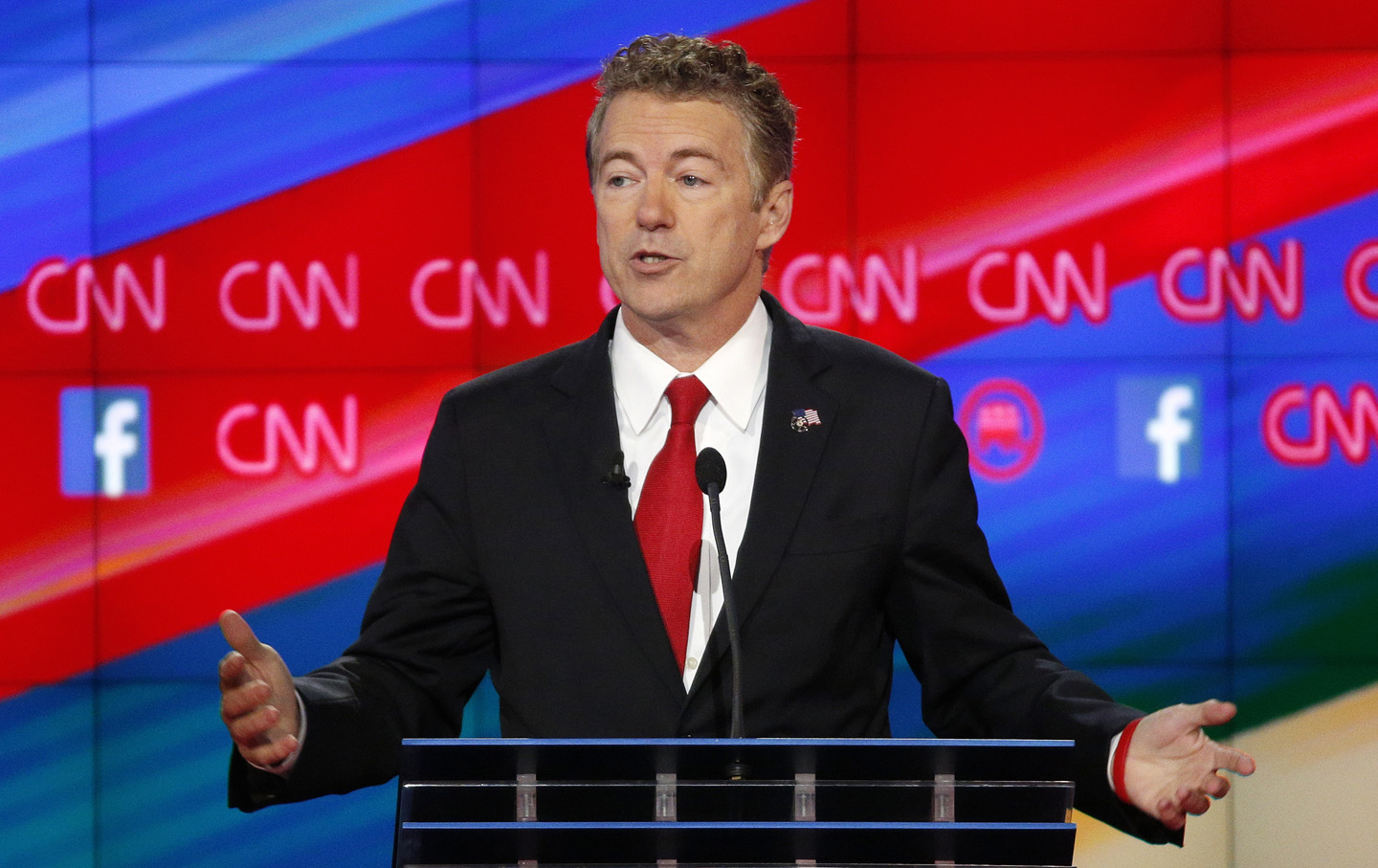 Rand Paul got it right.

And that lack of caring means that, for anyone who values the basic liberties that underpin the American experiment, Trump is disqualified as a presidential contender.

Why? Because Trump cannot, in any seriousness, swear an oath of allegiance to the Constitution of the United States.

That is the small measure of illumination produced by the 5th Republican presidential debate.

A debate challenge reminds us that Trump’s candidacy is a challenge to the Bill of Rights.

But what matters is that Trump was called out where he needed to be called out.

Paul, the senator from Kentucky whose candidacy has never quite gotten off the ground, used his time on the debate stage to focus on the fundamental threat posed by Trump’s disregard for civil liberties.

Noting the penchant of two fellow Republicans (Trump and Rubio) to neglect and dismiss the essential liberties outlined in the Bill of Rights and defined by two centuries of political and legal struggle, Paul explained, “The Constitution says otherwise. I think they’re both wrong. I think we defeat terrorism by showing them that we do not fear them. I think if we ban certain religions, if we censor the Internet, I think that at that point the terrorists will have won. Regime change hasn’t won. Toppling secular dictators in the Middle East has only led to chaos and the rise of radical Islam. I think if we want to defeat terrorism, I think if we truly are sincere about defeating terrorism, we need to quit arming the allies of ISIS. If we want to defeat terrorism, the boots on the ground—the boots on the ground need to be Arab boots on the ground.”

The bottom line from the Kentuckian: “As commander-in-chief, I will do whatever it takes to defend America. But in defending America, we cannot lose what America stands for. Today is the Bill of Rights’ anniversary. I hope we will remember that and cherish that in the fight on terrorism.”

Trump was not pleased. He ripped on Paul, portraying the senator as unrealistically committed to the Constitution.

In the essential exchange of the debate, Paul went to the core question: Is Donald Trump “a serious candidate? The reason I ask this is, if you’re going to close the Internet, realize, America, what that entails. That entails getting rid of the First Amendment, OK? It’s no small feat. If you are going to kill the families of terrorists, realize that there’s something called the Geneva Convention we’re going to have to pull out of. It would defy every norm that is America. So when you ask yourself, whoever you are, that think you’re going to support Donald Trump, think, do you believe in the Constitution? Are you going to change the Constitution?”

Trump replied with grand plans for digital-age disruption and surveillance: “So, they can kill us, but we can’t kill them? That’s what you’re saying. And as far as the Internet is concerned, we’re not talking about closing the Internet. I’m talking about parts of Syria, parts of Iraq, where ISIS is, spotting it. Now, you could close it. What I like even better than that is getting our smartest and getting our best to infiltrate their Internet, so that we know exactly where they’re going, exactly where they’re going to be. I like that better.”

When a few folks in the audience moaned at the “close it” and “infiltrate it” references, Trump griped, “I just can’t imagine somebody booing…”

Actually, the booing was one of the few signals of seriousness in a dismal race—as was the applause, scattered as it might have been, for the vital points made by Rand Paul.

When it comes to the Constitution, the Bill of Rights, and the basic liberties that define America, the truth is still as Benjamin Franklin described it: “Those who would give up essential Liberty, to purchase a little temporary Safety, deserve neither Liberty nor Safety.”