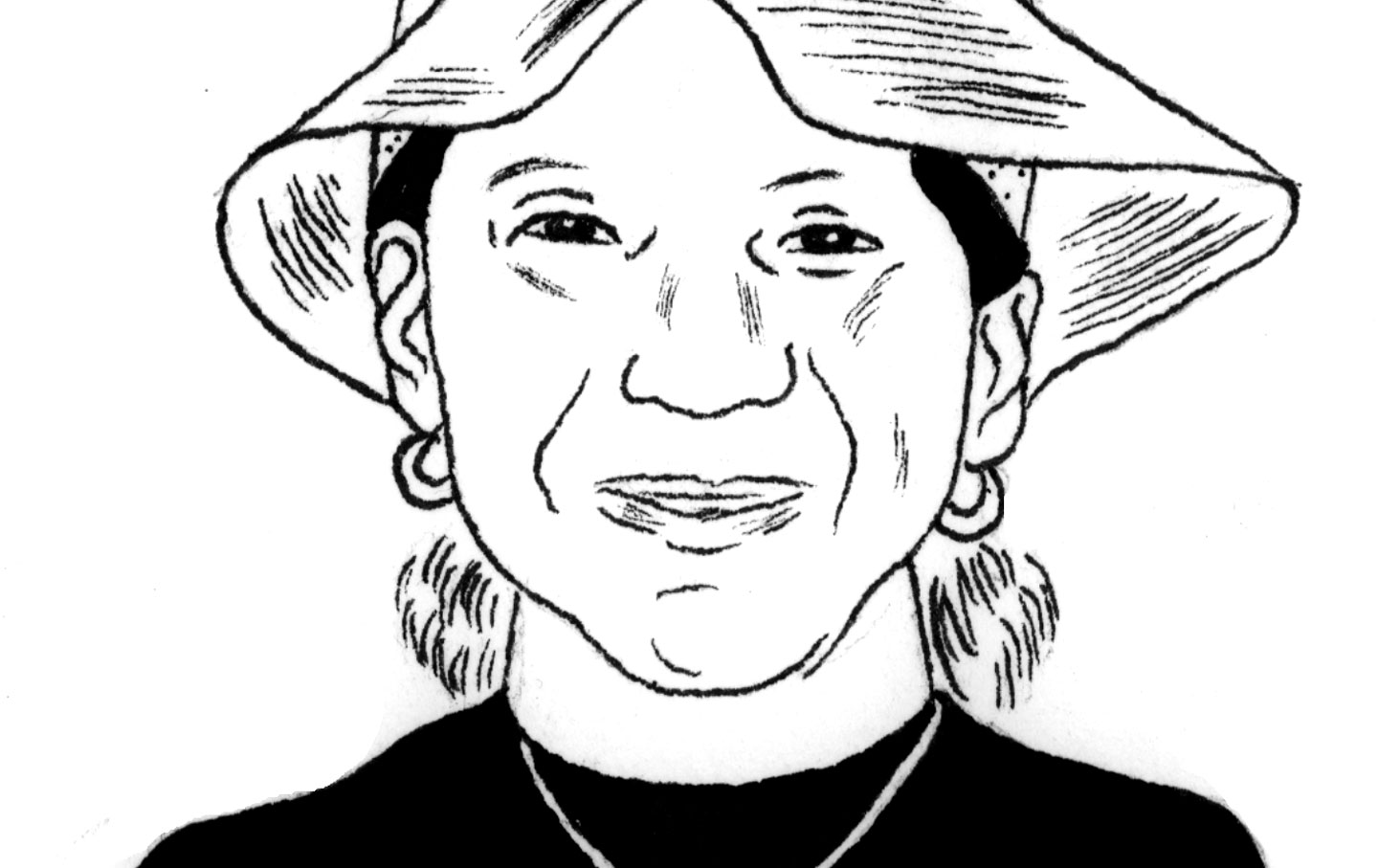 Maria Ochoa grew up in Brownsville, Texas, in a Mexican-American family with relatives on both sides of the border. During her career, she spent many years working first as an administrator for a temp agency that hired out day laborers, and then for the state of Arizona’s employment services. Thirteen years ago, horrified by the vast numbers of migrants who were dying in the washes and canyons of the Sonoran Desert, she co-founded the Tucson Samaritans.

Now retired and a grandmother, Ochoa estimates that she has walked the desert trails well over 100 times. This interview has been edited and condensed.

SA: Who are the Tucson Samaritans?

MO: We’re a humanitarian group founded in July 2, 2002. We patrol the southern Arizona border area; we carry food, water, first-aid equipment, and have a medical person on board or on call every time we go out to the desert. The border area is mostly high desert. There is a lot of flatland, but also mountainous areas, washes that are very rocky, and a lot of insects—dangerous scorpions, spiders, rattlesnakes that are dangerous to the people crossing—as well as other people that prey on the migrants. We honor the people that have perished in the desert on our anniversary date every year.

SA: How many have perished?

MO: There are nine sectors, from Texas to California. The Tucson sector had the highest death rates until last year, when the South Texas sector went up really high—the migration routes shifted as the presence of the Border Patrol increased in this area. In 2003, there had been over 137 deaths just in the Border Patrol’s Tucson sector. Last year, the deaths started going down, but there were still 107 deaths.

SA: What do you do when you find a sick or injured migrant?

MO: It is against the law to transport them, even though we would be taking them to a hospital. It is transporting an undocumented, aiding and abetting, helping a person get further. They confiscate your car and they arrest you. We assess the condition of the person. If it’s an emergency—we have come upon people that need to be transported immediately to a hospital—we call 911 so an ambulance can come out. We wait with them. This person is out here with nothing—nothing; they leave everything behind, not knowing where they’re going, where they’re going to end up. It’s indescribable for me.

SA: Tell me about what you’ve seen out on the trail.

MO: Every time a dead person is found, we make a point of visiting the area and acknowledging there was a death there. We have a small ceremony. Seven or eight years back, a woman died in the northern part of the desert here. We went out to have a service for her, about two weeks after they had picked up her body—and on the spot where she had laid, the outline of her body was still there, because of her body fluids. It affected me greatly; it was something I had never seen. I didn’t think that with so much time that had passed, there would still be any sign of her lying there. It was just a sadness that I couldn’t get rid of for a while.

Every time a dead person is found, we make a point of visiting the area and acknowledging there was a death there.

SA: How do you feel about what you’ve seen, and the politics of migration in the United States?

MO: I feel sorrow. Anger. And sometimes even a bit of desperation about how we can stop this, what more we can do. The United States is spending billions of dollars on closing the borders—which is not happening and will never happen—and not investing in, assisting in, giving economic aid to these countries to better their living and security conditions.

When that wall went up, we didn’t lock anybody out. We’re locking ourselves in—and locking in these migrants that used to flow back and forth. It caused a lot of the increase in migrants staying here, because families separated by a wall had to find a way to reach each other. The person who came here to work for a few months or a few years could no longer go back and forth. So eventually, his family came over to reunite.