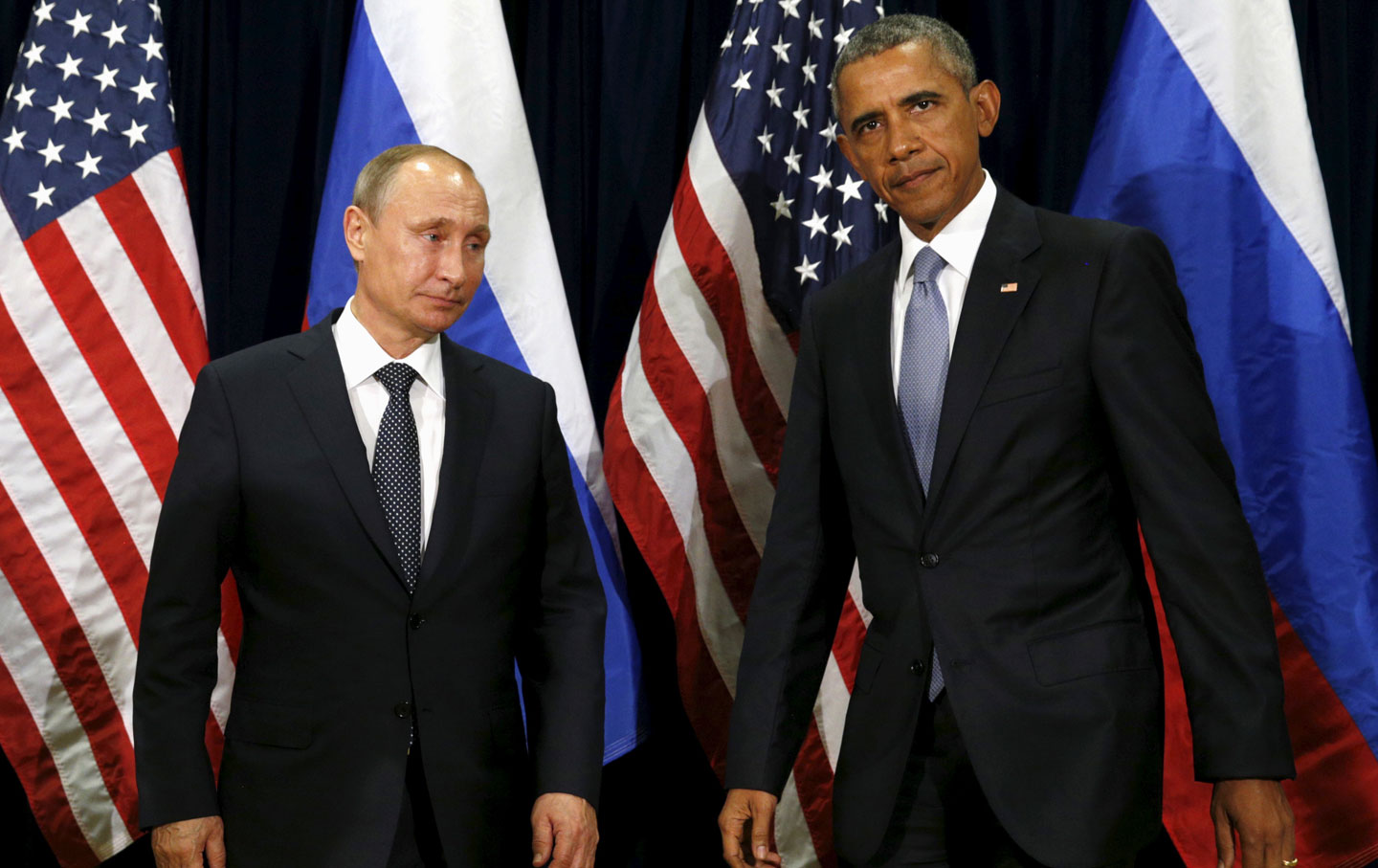 Nation contributing editor Stephen F. Cohen and John Batchelor continue their weekly discussions of the new Cold War. This installment focuses on the speeches given at the UN by Presidents Obama and Putin on September 28 and on their private meeting. Cohen points out that the two speeches spelled out with considerable candor and clarity the very different and conflicting international thinking in Washington and Moscow. US policies in various parts of the world, from the Middle East to Ukraine, have been driven by a regime-change agenda in the name of democracy and a better life for those regions, a perspective reiterated in Obama’s speech. Putin replied that those US policies have resulted only in greater tyranny and more human misery, as evidenced by the march of ISIS through Iraq and Syria. Cohen asks, can Washington rethink its policies and can Russia ever be right?

If so, this may be the moment for such rethinking in Washington. Obama’s decision to meet privately with Putin was tacit admission that two of the White House’s major foreign policies have failed: the attempt to stop ISIS through a US-led military campaign; and the even longer policy of “isolating Putin’s Russia.” Various related issues are also discussed in this installment, including Putin’s proposal for a US-Russian “coalition” against ISIS akin to the US-Soviet alliance against Hitler’s Germany in World War II.