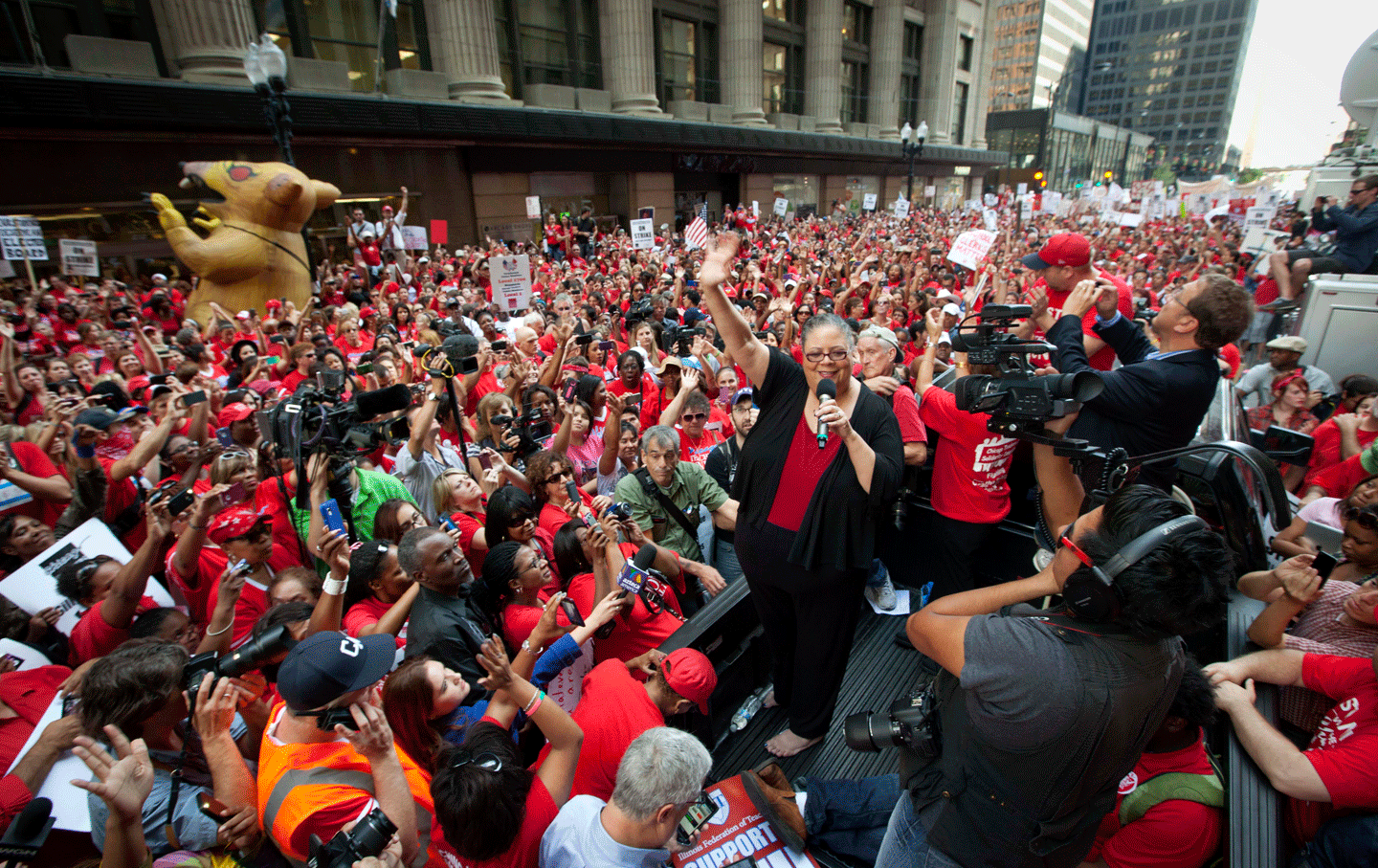 Can state employees who decline to join a union in their workplace be required to pay fees to support the union’s work? On February 26, the Supreme Court will hear arguments in Janus v. American Federation of State, County, and Municipal Employees, a case pitting the First Amendment claims of dissenting employees against the interests of public-sector unions. Mark Janus, an Illinois state employee who opposes the union, argues that a state law allowing public-sector unions to charge nonmembers fees for collective-bargaining activities violates his First Amendment rights. Were the Court to accept this argument, it would severely undermine such unions, by requiring them to provide services free of charge to any worker who says he objects to the union. Regardless of what you think about unions, such a ruling would turn First Amendment law on its head. 1

The American Civil Liberties Union is second to none in defending the First Amendment rights of free speech, association, and assembly. We protect the right to associate and the right not to be compelled to associate against one’s will. But state laws allowing unions to charge fees for services that they must provide to all workers does not violate anyone’s free-speech rights. Here’s why.2

Over 40 years ago, in a case called Abood v. Detroit Board of Education, the Supreme Court ruled that public employees who choose not to join a union can, nonetheless, be charged an “agency fee” to cover the cost of negotiating and implementing a collective-bargaining agreement. Unions are required by law to provide these services to all employees, regardless of whether the employees are union members or not. Because the agency fees merely cover the cost of services rendered, the Court held, they do not violate the First Amendment so long as they are not expended on the union’s ideological speech. Workers can’t be compelled to join the union, or to support its non-work-related services. But they can be required to pay for the services the union is required to provide them.  3

That compromise, critical to the survival of public-sector unions, promotes three vital interests. It protects the associational interests of public employees who do not join a union by ensuring that they need not subsidize ideological speech with which they disagree. But at the same time, it protects the associational interests of those who do join unions by ensuring that they do not have to subsidize workplace services that benefit nonunion workers. And it protects the state’s important interest in ensuring labor peace by recognizing a single union.4 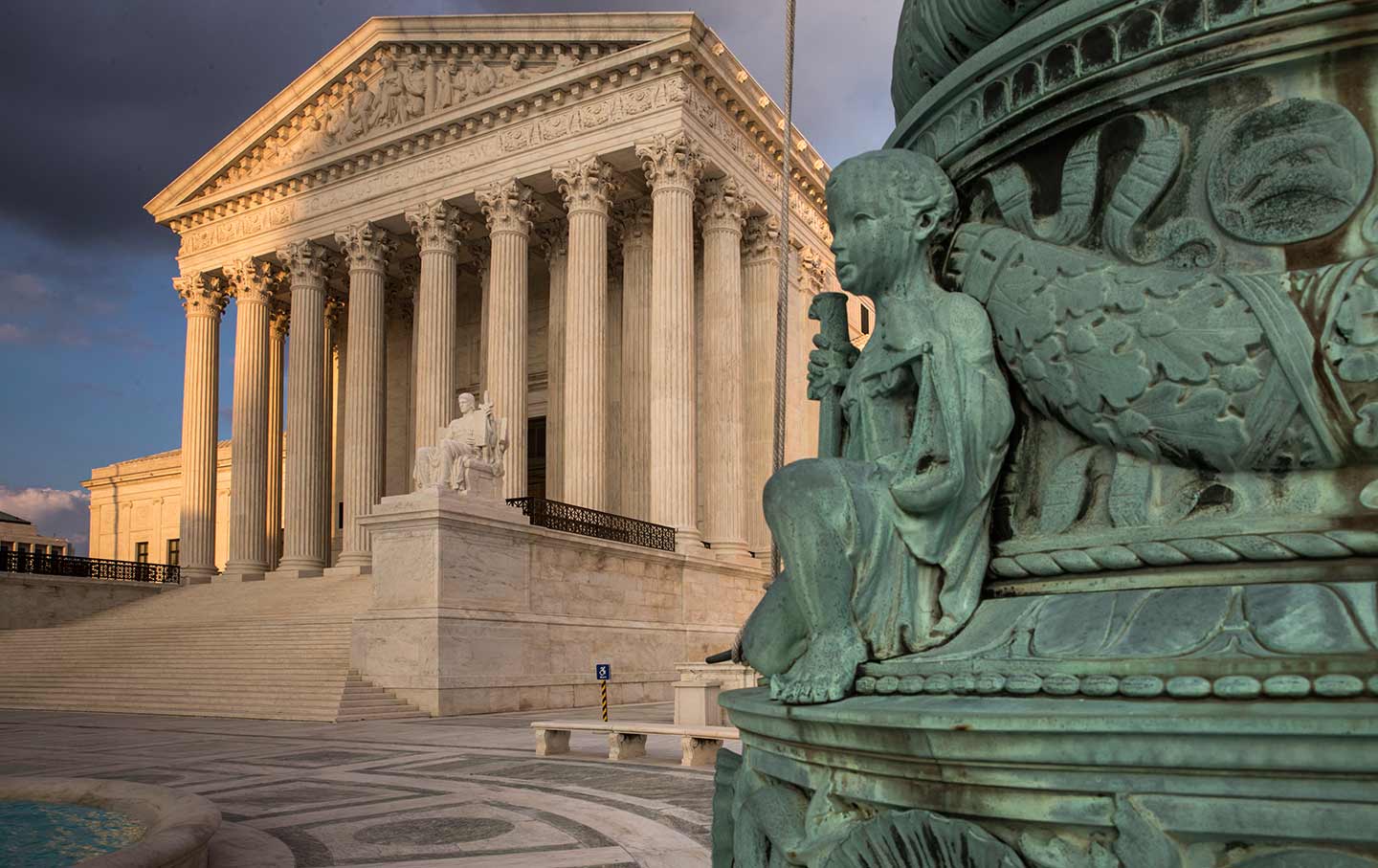 Will the Supreme Court Deal Public-Sector Unionism a Death Blow?

The key to properly resolving this case requires recognition that the government is acting as an employer. The Supreme Court has long held that as an employer, the government has greater leeway to regulate the speech of its employees than it has to regulate the speech of ordinary citizens. This makes eminent sense. Workers can often be required to say certain things, and refrain from saying other things, as a function of their job. And this is true of government workplaces as well. The courts have not allowed workers to use the First Amendment as a wrench to throw into the government’s ability to function as an employer.5

Just as the government as employer has leeway to regulate the speech of its employees, so it should have leeway to decide that in its workplaces a single union serves the interests of efficiency and labor peace, and that all who benefit from the union’s services should pay for those services. It is not a violation of the First Amendment to disallow free riders who would have others pick up their costs. The First Amendment protects the right to speech, but not the right to get something for nothing.6