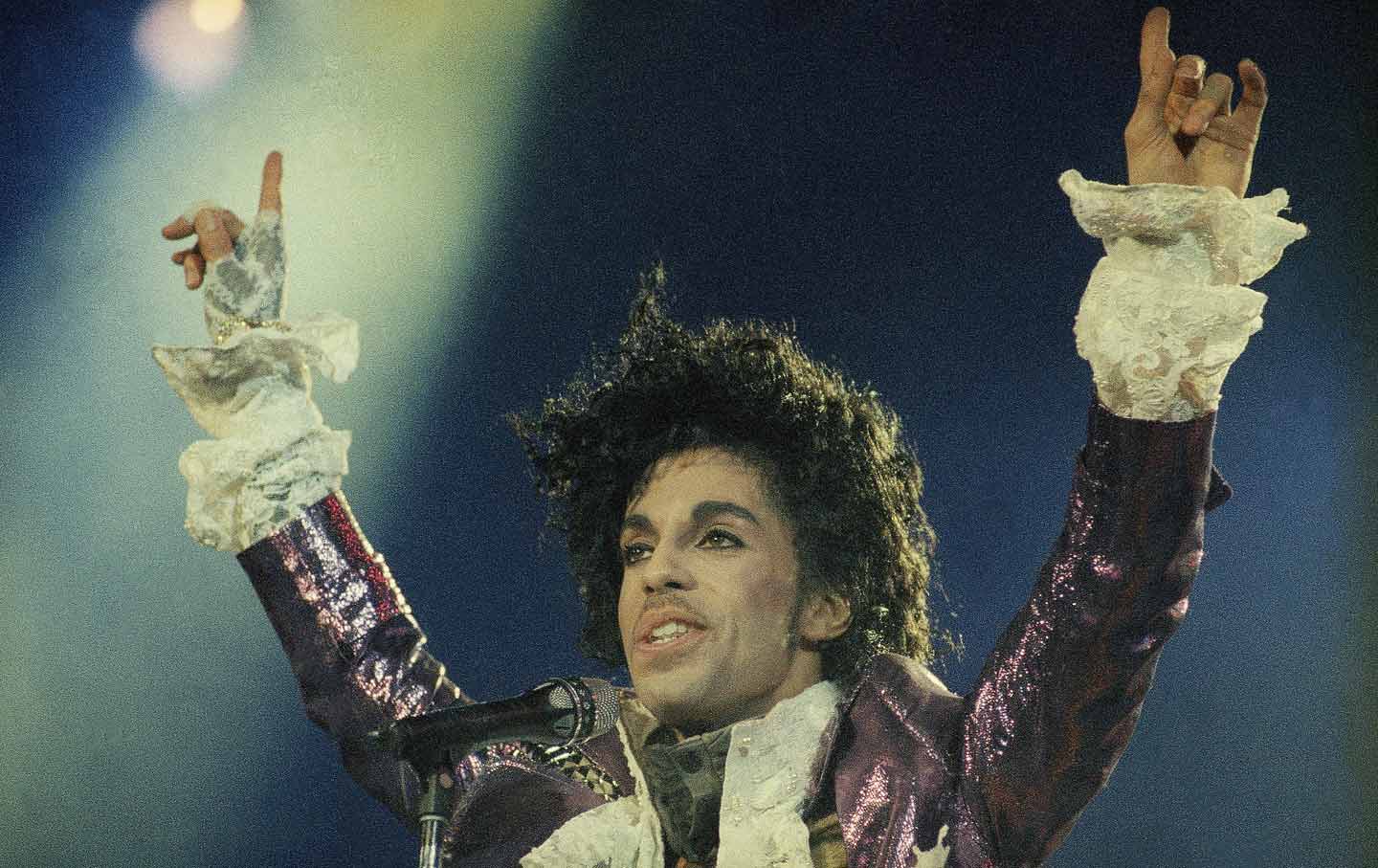 Prince performs at the Forum in Inglewood, California, during his opening show on February 18, 1985. (AP Photo / Liu Heung Shing)

If musical artists’ value can be quantified, measured by the volume of their output, no musician was ever greater than Prince. As countless tributes to him have noted since his death in his Chanhassen compound in Minnesota on April 21, the artist originally known as Prince Rogers Nelson was a titan of prolificity, as well as a pioneer of pop hybridization and a master of the art of superstardom. He was a creative force of apparently bottomless resources who seemed constitutionally incapable of not making music. President Obama, in an effusive encomium, described Prince as “one of the most gifted and prolific musicians of our time.” Jon Pareles, in The New York Times, called him “wildly prolific” and more than a dozen other obituaries used variations on the same language.

Over a career of 38 years, since he began recording professionally at age 19, Prince released more than 40 albums and 100 singles under his own name, along with multiple releases under pseudonyms and band names such as the New Power Generation, Madhouse, and 94 East. He was known to be recording almost constantly at his studio in suburban Minneapolis. By the time of his death, Prince had probably amassed an archive of unreleased material vast enough to keep his music flowing to the marketplace for decades.

The scale of Prince’s output is staggeringly impressive as a testament to his extravagant creative imagination, though it can also be overwhelming. Over the years, the epic accumulation of Prince material, much of it variations on a few familiar themes, diluted his impact and fueled his detractors to charge him with self-absorption and a lack of self-discipline and discrimination. Pareles, as early as 1995, was asking in the Times, “Is Prince too prolific?”

On the day of his death, I talked to friends of mine who, like me, were huge Prince fans in the ’80s but fell away over time. “I’m in awe of him—he’s a genius,” said Warren Malone, a New York singer and songwriter. “But it all got to be too much. I don’t understand why he had to release five songs that all sound pretty much the same.”

Listening to his work again, paying special attention to five official albums he released over the past five years (in addition to Internet-only material and bootlegs that surfaced during this period), it seems clearer than ever that Prince’s muse was ever-present, and he responded to it in real time, apparently documenting every musical idea that occurred to him while it was fresh. The problem I had with Prince was indeed a problem of my own. I was listening in the wrong way, looking for things like thematic variety and fine polishing that Prince had no interest in providing. What he provided, over thousands of hours of recording over 38 years’ time, is a monumental music, the greatness of which is not in its monumentality but in the ephemeral power of its eruptive, fleeting moments.

Prince has been duly recognized as a virtuoso hybridist who combined and recombined elements of rock, funk, jazz, gospel, and pop music, with strains of the musical theater. (On his final tour, he performed alone, playing a grand piano.) But his creative process was most closely connected to jazz. He worked in the moment, inventing melodies, riffs, and words improvisationally. If one tune sounded a lot like an earlier one, no matter. The old tune was old, an irrelevance. He worked in the medium of variations, like Charlie Parker, John Coltrane, and other great jazz improvisers. It is no more illuminating to say that two Prince songs like “Violet The Organ Grinder” and “Gett Off” (or “Had U” and “Sometimes It Snows In April” or “The Latest Fashion” and “My Summertime Thang”) sounds a lot alike than it would be to say that every one of Parker’s recordings of “Ko-Ko” sounds like “Ko-Ko.”

The art in Prince’s music, as in Parker’s, is in its voluptuous spontaneity. It is music of this moment, this instant—from an artist who exhilarated in both the physical and spiritual gratifications of life, making that exhilaration the essence of his art. That he has been denied life at the age of 57 gives his music a special poignancy now.