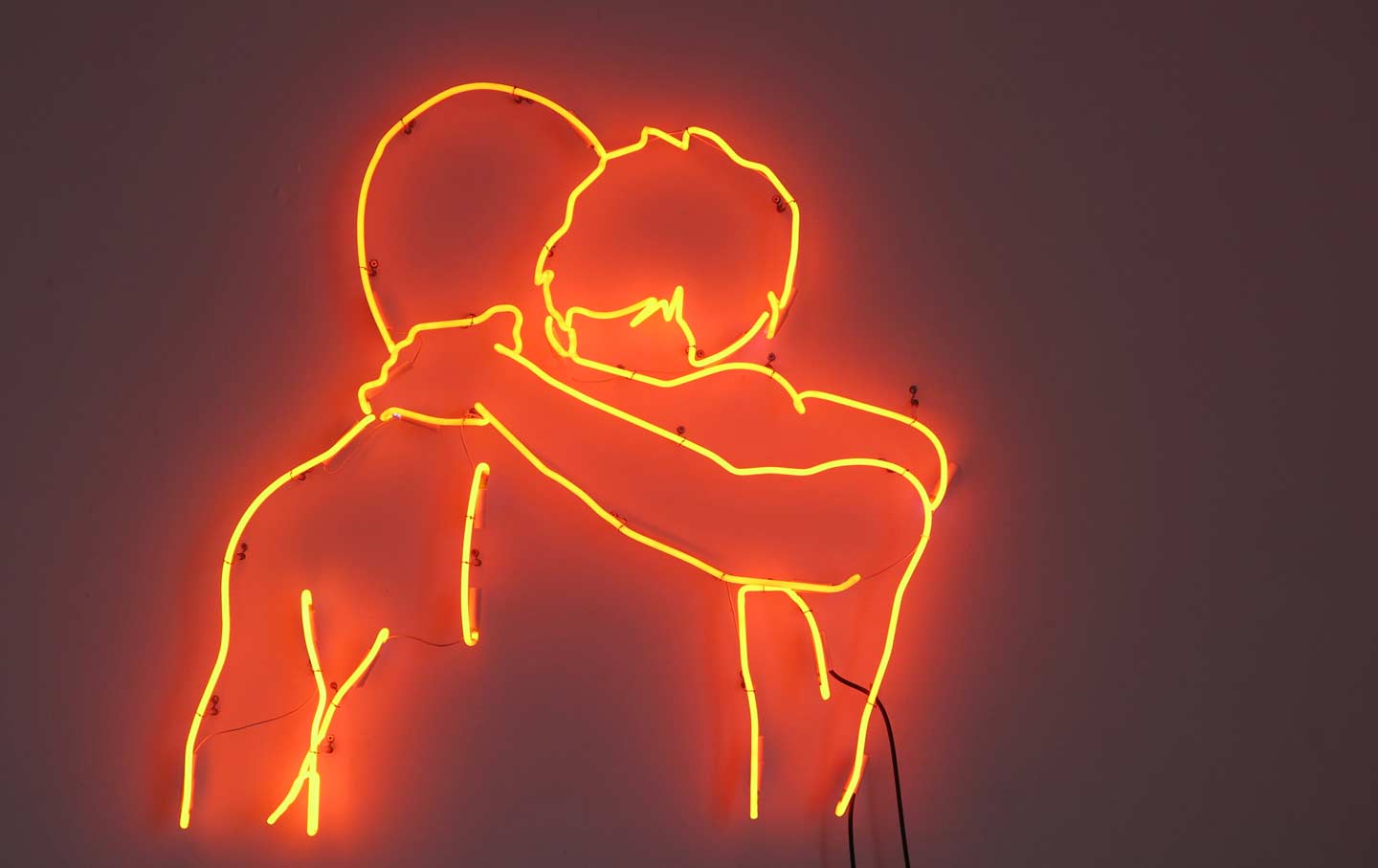 My first gay bar was Crowbar. Like all great gay bars, Crowbar was a dump: dark, low-ceilinged, shitty sound system. It was off Tompkins Square Park and Avenue B, when Tompkins Square Park was still a place you’d go to to buy drugs. It smelled like mildew, urine, cheap vodka, and Designer Imposters body spray. It’s long gone—made extinct like too many wonders by gentrification and Giuliani—but for a hot moment in the ’90s, it was the single most fabulous place in the galaxy. Dance moves were invented there. People went in, and when they came out, they weren’t just drunk—they were different people. That’s how powerful its juju was.

Before the ’80s were hijacked by hipsters in tiny jackets, Crowbar had a theme night called 1984, which was ridiculously fun. But because I was underage and stupid and felt the need to piss on fun things, I once said something catty there like: “Isn’t it kinda pathetic and weird that all these gays are nostalgic for a decade that ended 10 seconds ago?” And some guy I knew, who I considered ancient but was probably all of 32 at the time, snapped back at me: “Listen, you little piece of shit, we didn’t get to dance to this music the first time. We were burying each other. So take your bad vibes and get the fuck out of here. I need this more than you need to suck!” before twirling, fabulously, away from me and my toxic aura.

That was my first lesson that gay bars are more than just licensed establishments where homosexuals pay to drink. Gay bars are therapy for people who can’t afford therapy; temples for people who lost their religion, or whose religion lost them; vacations for people who can’t go on vacation; homes for folk without families; sanctuaries against aggression. They take sound and fabric and flesh from the ordinary world, and under cover of darkness and the influence of alcohol or drugs, transform it all into something that scrapes up against utopia.

I’ve never been to Pulse, the Orlando gay nightclub where Omar Mateen killed 49 people and wounded another 53. But I know that for some queer people there it was their utopia. Or, as Daniel Leon-Davis movingly recollects, a “safe haven,” the place “where I learned to love myself as a gay man,” and the place “where I learned to love my community.” Or as President Obama put it, “a place of solidarity and empowerment.” Last night, this place was violated.

We may never know how much homophobia drove Mateen to do what he did, or what other springs of madness and extremism he drank from. But we can definitely say this: Just as Dylann Roof preyed upon the specific openness and hospitality of the Mother Emanuel Church, Omar Mateen exploited the specific things that make gay bars magic. He took the dark, the loudness, the density, the chaos of the dance floor—and he made them his accomplices in what is the largest mass shooting in this nation’s history.

But he does not own these things, and his desecration cannot defeat us. This next week is going to suck hard—but we must remember that our joy is its own purpose; it is a higher calling.

To all the bartenders and bar-backs and bouncers and gogo boys and drag queens and club kids and freaks who make the nightlife—I love you. Stay strong.