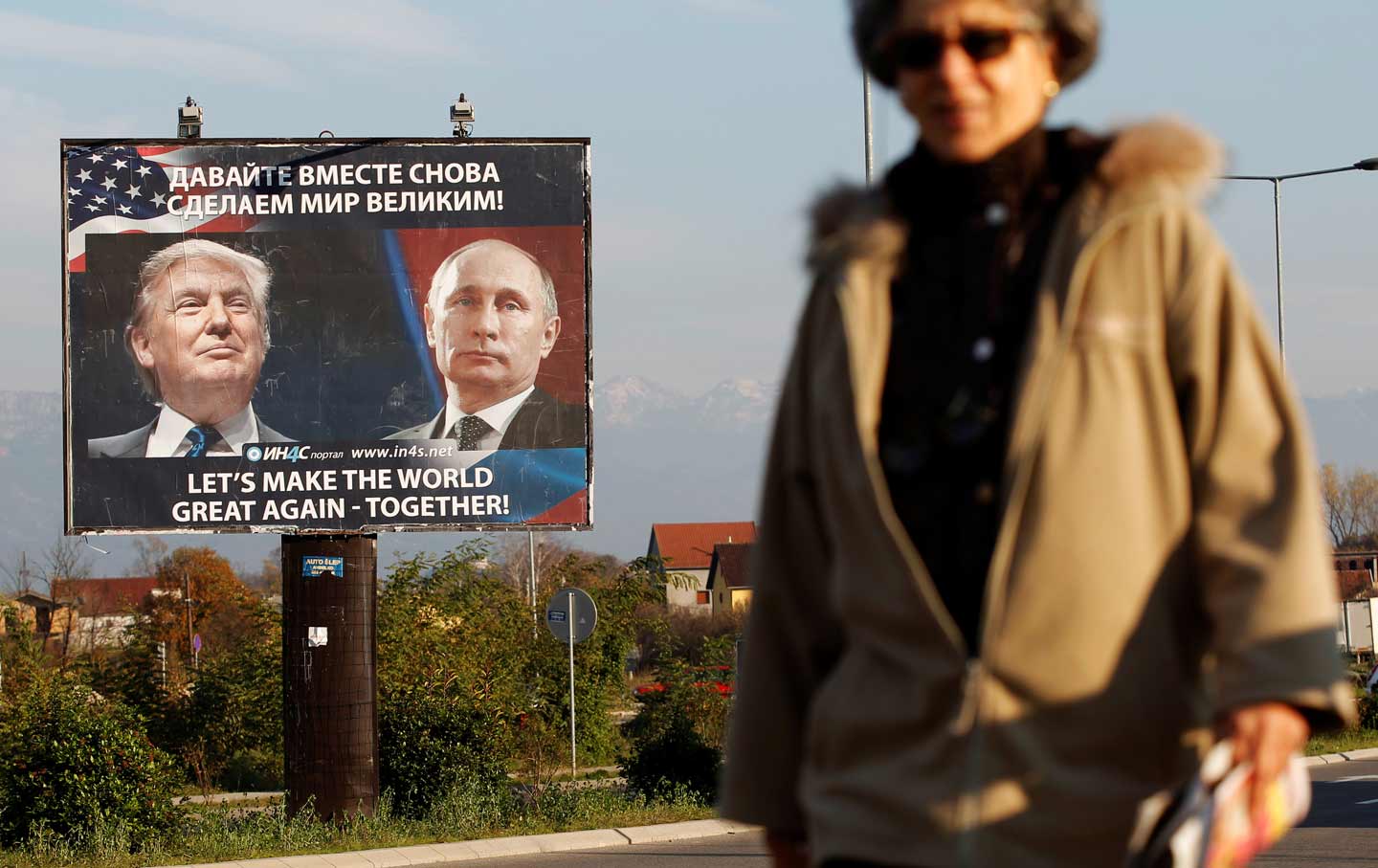 He said that torture was OK.
He’d bomb the bad guys off the map.
He now sounds much less bellicose—
A cuddly dog on Putin’s lap.