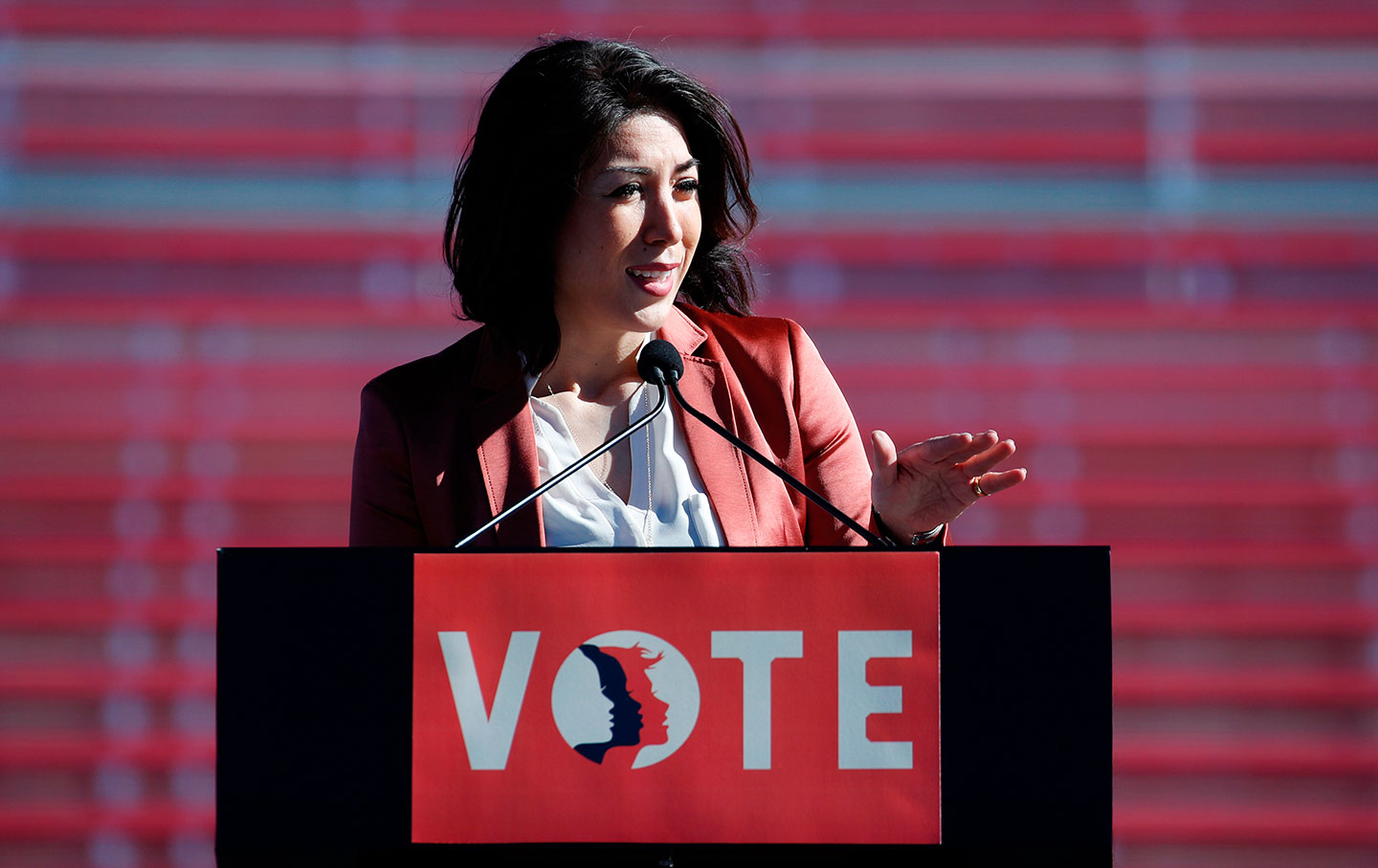 When Paulette Jordan entered the race for governor of Idaho, there were plenty of pundits who tried to write off the Native American legislator from a district that’s much closer to Canada than to Boise.

In an overwhelmingly white, very conservative, very Republican state, she was an indigenous woman running as a progressive Democrat. Her more centrist opponent in the party primary was a wealthy businessman who had statewide name recognition, having headed the Democratic ticket four years earlier.

But Jordan was undaunted. She had served two terms in the Legislature representing a historically Republican region of Idaho’s northern panhandle—beating a Republican incumbent in the GOP “wave” election of 2014 and retaining her seat in the “Trump wave” election of 2016, which saw a number of the state’s Democratic legislators defeated.

Jordan launched her gubernatorial campaign with a fierce sense of urgency, declaring that “the system is so corrupt that we have to fix it.” She refused to play the games of conventional politics. In a state that has never elected a woman governor, she aligned herself with a progressive woman who was running for lieutenant governor, Kristin Collum, and formed the state’s first all-female ticket for a major-party nomination. “We are two progressive women who are very strong-minded,” announced Jordan, who refused to be dismayed when a number of prominent Democrats backed her male opponent in the primary.

“People just aren’t used to thinking that a woman of color, or a woman period, can win,” she told interviewers. “Even people in the Democratic Party, they aren’t used to envisioning a woman at the top. Yet there are Republican women who know we can get there. There are progressive women in our state who know we can get there. Being young and vibrant and fresh, that plays into a new, bold vision and strong leadership.”

Jordan was confident she could break through. And so she did. In Tuesday’s primary, she won with almost 60 percent of the vote and told the cheering crowd at her victory party, “We are not afraid, and never again will we stand down.”

There is no question that Jordan faces an uphill race in the fall. But she has a plan for running a truly statewide campaign that goes deep into the rural regions of Idaho. “It’s about connections to the land and people,” says the candidate, who from the start of this campaign has emphasized her rural roots.

Raised in a family of farmers and ranchers, this member of the Coeur d’Alene Tribe still resides in Plummer, Idaho, population 1,017. And she speaks about her ranching roots in a language that speaks to rural voters. “It’s more than just the process of ranching and being part of the ag community. It’s what it means to be a rancher or an agriculturalist,” says Jordan. “It’s sustainability. It’s defending your family and your way of life. When I talk about protecting my future generations, that resonates. When I talk about protecting the land, that resonates.”

When People’s Action gathered grassroots activists from across the country in Washington, DC, for an April summit on building a progressive movement in rural and small-town America, Jordan was a featured speaker. And rightly so. She understands—as do the savvy leaders of People’s Action—what many top Democrats do not quite get. She knows that Democrats must reach out to rural voters. And she understands the importance of doing so with a progressive populist vision.

Connecting with rural voters does not require a lurch to the center, which would further deplete a Democratic Party that in many parts of the country is already running on fumes. The devastating defeats in 2014 and 2016 have left too many Democratic “strategists” imagining that rural America is so conservative that the party must trim its ideological sails in order to compete. But they’re forgetting that states like Idaho have progressive histories—visionary senators such as William Borah, Glen Taylor, and Frank Church once represented Idaho as bold defenders of civil liberties, worker rights, and enlightened internationalism—and that those histories extended from rural populist traditions that can and must be renewed.

After so many years of neglect in so many states, the renewal will be difficult. As Jordan notes, she hails from “a very conservative part of my state. We have white supremacists in our neighborhood.” But that conservative part of the state elected her to the Legislature as an indigenous woman who challenges corporate power and political corruption.

That’s a reminder of what is possible when Democrats start thinking seriously about reaching out to the whole of rural America—and in so doing to the whole of America—with a message that is economically and socially progressive.

Democratic leaders in Washington often become lost in a reverie about reconnecting with the rural “white working class,” forgetting that 25 percent of African Americans live in the small cities, towns, and rural counties of blue and red states; that the Asian-American population of rural communities grew by 37 percent between 2000 and 2010; that the Hispanic population of rural communities grew by 46 percent during the same period; and that 54 percent of Native Americans live in rural counties. Few DC Democrats bother to acknowledge that rural millennials embraced Bernie Sanders with the same fervor as did their college-town counterparts.

Sanders won 78 percent of the vote in Idaho’s 2016 caucuses, carrying 43 of the state’s 44 counties and sweeping rural areas. And he did so as a democratic socialist running on a boldly progressive, boldly populist platform.

In Tuesday’s gubernatorial primary, Jordan won the vast majority of Idaho counties—including several rural counties that she took with over 70 percent of the vote.

Yes, it will be harder in November. Idaho has, of late, been a very Republican, very “red” state. But an Idaho Democrat (State Superintendent of Public Instruction Marilyn Howard) held a statewide elected post until 2006, and another Democrat (Walt Minnick) held an Idaho congressional seat until 2011. Both won by running campaigns aimed at securing urban and rural votes.

If Democrats are serious about rebuilding their party as a truly national force, they are going to have to focus on red states—and on rural areas within red and blue states. And they are going to have to recognize the potential of candidates such as Paulette Jordan, who know that Democrats can speak to “true rural values” and that a winning “progressivism… is possible”—in Idaho and in states across the country.