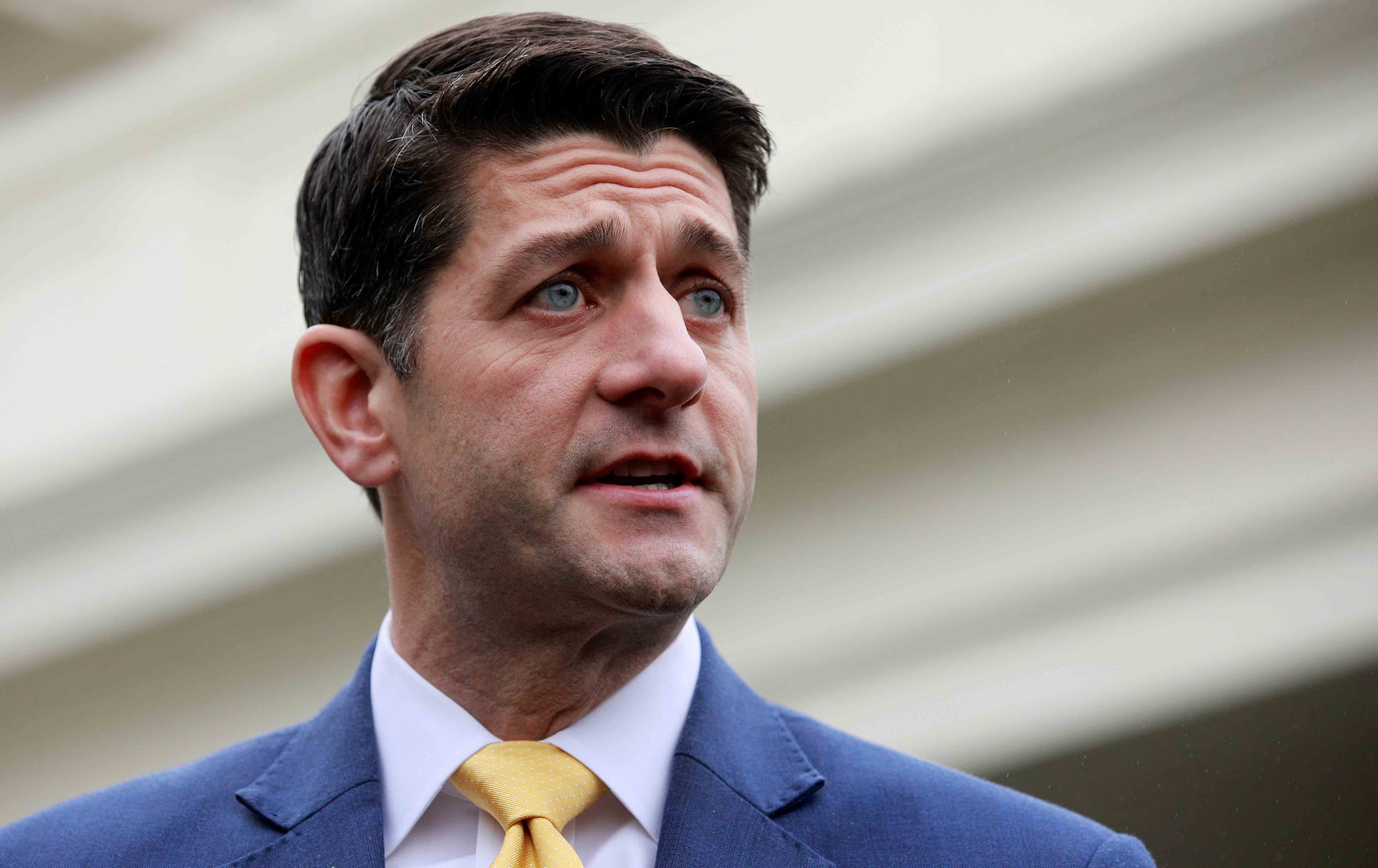 Paul Ryan speaks after a meeting with Donald Trump at the White House in December, 2018. (Reuters / Jim Young)

Paul Ryan made a lot of money as speaker of the House: $223,500 annually. Pretty good compensation for serving as Donald Trump’s rubber stamp. But he’s making even easier money now, as a member of the Fox Corporation board of directors. In that position, the former Republican representative from Wisconsin and 2012 vice presidential nominee gets at least $335,000 annually to keep an eye on the Fox News Channel.

Working with Trump gave Ryan some preparation for working with the Fox folks. Trump said outrageous things, and Ryan covered for him. But the Fox folks are even more extreme than Trump. So where does Ryan draw the line? Is there anything that’s too extreme, too bigoted, too vile for Paul Ryan? Is the claim that white supremacist hate is a “hoax” too much?

After a Texas man shot and killed 22 people in El Paso on August 3, a “manifesto” surfaced that appeared to mimic Trump’s visceral hate speech regarding immigrants. Trump knew he had a problem. So he tried to distance himself from the worst of it.

“The shooter in El Paso posted a manifesto online consumed by racist hate. In one voice, our nation must condemn racism, bigotry, and white supremacy,” he announced. “These sinister ideologies must be defeated. Hate has no place in America. Hatred warps the mind, ravages the heart, and devours the soul. We have asked the FBI to identify all further resources they need to investigate and disrupt hate crimes and domestic terrorism—whatever they need.”

Trump took no personal responsibility. And he didn’t get anywhere near an adequate response to the issue of gun violence. But he at least tried to take the issue of white supremacist hatred seriously.

Not so Fox host Tucker Carlson, who dismissed concerns about white supremacist violence by declaring on his show: “It’s actually not a real problem in America.”

“This is a hoax, just like the Russia hoax,” Carlson told his millions of viewers. “It’s a conspiracy theory used to divide the country and keep a hold on power.”

Actually, white supremacy is a real problem in America. The Southern Poverty Law Center this year identified 148 hate groups that espouse white supremacist bigotry, and said the numbers were up 50 percent from five years earlier. And where is the white supremacy soapbox? On Fox.

“It’s undeniably one of the core tenets of the opinion-mongers at Fox News—and of some portion of its supposedly straight news coverage, too.” writes The Washington Post’s Margaret Sullivan. “Carlson’s nightly show does a great deal to portray nonwhites as the dangerous ‘other,’ a force to be beaten back to save America. His denials and rhetoric must be called out for the lies that they are.”

Some major sponsors have done so by announcing that they will no longer advertise on Carlson’s show, and Fox host Shepard Smith has fact-checked Carlson’s false premises. But what of the Fox Corporation board? So far, it’s been silent.

This raises some vital questions for the board’s most prominent member: Will Paul Ryan call Tucker Carlson out? Will Ryan reject all of Fox’s nods to white supremacist extremism? No one is better positioned to do so. With his name recognition, his conservative credentials, and his Fox title, he would be heard. An objection from the former speaker would have to be taken seriously.

So will Paul Ryan speak up? All that’s required is that he put moral duty and common decency ahead of that $335,000 paycheck.