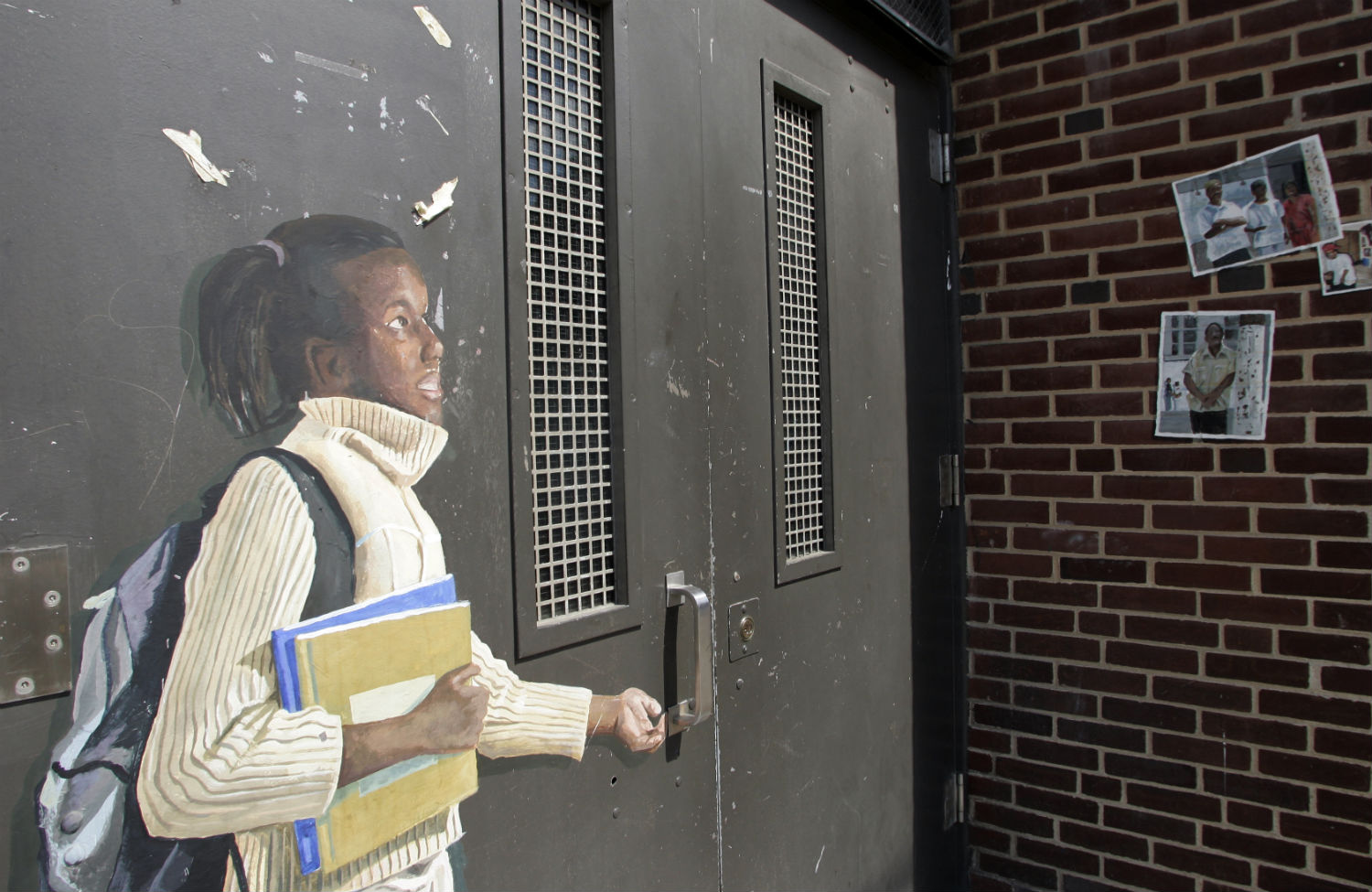 Parents and education supporters participated in a “walk-in” at North Carolina schools today to voice dissatisfaction with state legislators’ votes to cut teacher assistant positions, freeze pay, eliminate tenure and increase the number of students per class. The Republican-led legislature simultaneously increased incentives for parents to enrol their kids in public charter and private schools.

North Carolina already ranks poorly in terms of education funding. The state is forty-sixth in teacher pay and forty-eighth in student funding.

The walk-in entailed parents’, and other supporters’, wearing red and showing up at schools to leave statements of support for teachers.

North Carolina is a “right to work” state, sunnily titled legislation that forbids union contracts from requiring employees to pay for union representation. Much like the Republican-led Clear Skies Act of 2003 that turned out to be terrible for the environment, right-to-work legislation defunds unions that advocate on behalf of workers.

The Charlotte Observer cheered the walk-in by pointing out that a “walk out” of teachers would be “against the law,” and recycled the same tired cliché that teachers’ exercising leverage to better education standards would somehow be bad for North Carolina students.

The Observer conceded the budget-cutting and policy-making by North Carolina’s GOP have been abysmal for students, and have devalued teachers, but it fell shy of supporting any kind of collective action beyond donning red shirts. And the Observer isn’t alone. In fact, this position is supported by the North Carolina Association of Educators.

[…]many teachers have rightly said they won’t [participate in a walk out], noting that it would hurt students rather than make a useful point with lawmakers. The NCAE, the North Carolina Association of Educators, was among those discouraging a walk out. President Rodney Ellis said “that only results in teachers losing their positions… there are other ways that we can get our message out.” Thus began the “walk in” idea.

The walk-in was meant to spark a conversation among teachers and parents about budget cuts and low teacher pay. While that conversation has been taking place for a while, it seems as though the only parties speaking with a sense of urgency are the young students shouldering the burden of austerity.

Rosa Ramirez, a student at Durham School of the Arts, says she has always wanted to be a teacher, but the ninth-grader might change her mind now that she’s seen how her state treats teachers.

“Thanks for crushing my dream,” she said before a crowd of protesters outside Weaver Auditorium at Durham School of the Arts.

At Durham School of the Arts, the top-ranked high school in North Carolina, state Sen. Floyd McKissick Jr., a Democrat, railed against the Republican policies that he said “abandoned the commitment to public education.”

“We don’t need to pack kids in a class like sardines in a can,” McKissick said, adding that without tenure and higher salaries for teachers holding master’s degrees, North Carolina is “moving toward the bottom.

“Why would we destroy incentives? It’s the wrong message to send.”

In Raleigh, more than 200 people gathered in an auditorium at Lacy Elementary School, Indyweek reports. Several teachers said they have to work one or more part-time jobs just to get by, and Wake County school board member Christine Kushner says teachers’ salaries in North Carolina have shrunk more than 16 percent since 2001.

Lacy teacher and parent Suzzette Acree teared up as she told Indyweek about her daughter, an education major in college.

“I asked her why she wanted to be a teacher,” Acree said. “She said, “you made it seem like it wasn’t work, and what could be more fun than spending the day working alongside children as they discover, uncover and grow from the inside out.?”