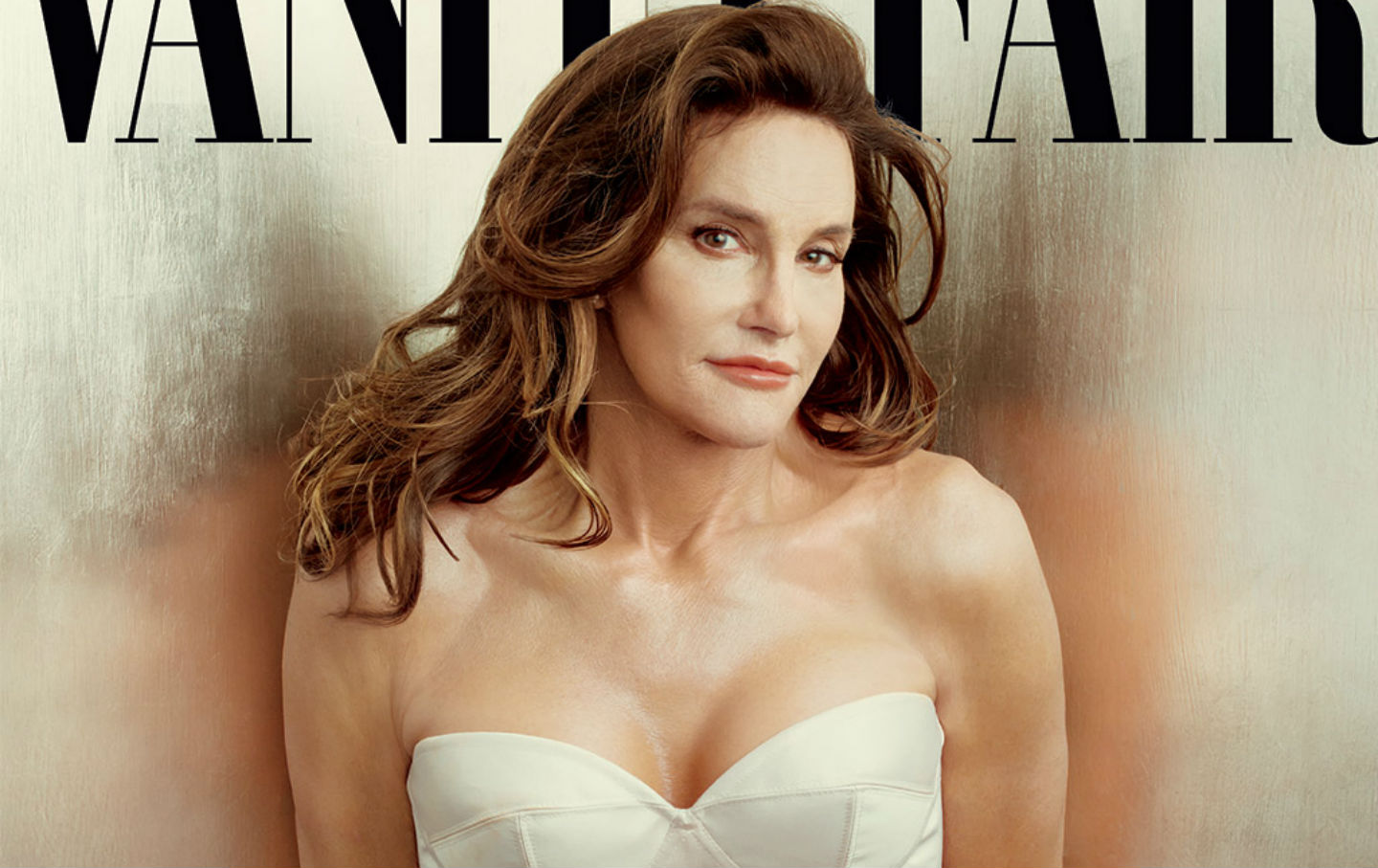 The Caitlyn Jenner story is one of triumph pulled from the precipice of tragedy. When known to the world as Bruce Jenner, Caitlyn was in her 60s and, as she said in Vanity Fair, found herself facing this thought: “If I was lying on my deathbed and I had kept this secret and never ever did anything about it, I would be lying there saying, ‘You just blew your entire life. You never dealt with yourself,’ and I don’t want that to happen.”

Gender is self-determination, and Caitlyn Jenner seizing that self-determination in such a public fashion will save lives. We hopefully will see a difference not only in the shocking suicide rates of trans teens, but also in a heightened awareness of the plight of black trans women, who are victimized by an epidemic of violence.

Whether or not Jenner raises those issues herself, her action provides the opportunity for advocates to do so.

The hope here is also that Caitlyn Jenner’s actions will be felt in the world of sports. Of course, they should in theory. One of my earliest sports memories was Bruce Jenner on the Wheaties box—shaggy hair, rippling muscles, and the title of greatest athlete on the planet—after winning the decathlon gold at the 1976 Olympics. I wasn’t old enough to remember that triumph, but my family had saved the box as a reminder of the inspiration it could instill.

Yet it’s been almost four decades since she won the gold—a lifetime in a sports world that can often barely remember last week. Jenner’s fame today springs more from being the lowest-profile member of the exhaustingly grasping Kardashian family and their reality-TV empire. Her place—an athletic royal—among a group that’s famous for wanting to be famous was always odd, like seeing Jackie Joyner-Kersee among a crowd of women contestants on The Bachelor.

But now the Kardashian clan not only takes a backseat to someone it has largely dismissed on camera; it must also provide genuine support to her, too. Whether that support is mirrored in the world of sports will be something to see.

Already, there is the welcome news that Jenner will receive the Arthur Ashe Courage Award at ESPN’s ordinarily excruciating ESPY Awards show.

This is very welcome indeed. Despite its faults as watchable entertainment, the ESPY Awards do bring together all of the heavyweights in the worlds of sports and entertainment. By tradition, there is usually a standing ovation for the Arthur Ashe honoree. Athletes will be faced with the choice of whether to properly honor Caitlyn Jenner, and their reactions will speak volumes.

Sports have not exactly offered a friendly space to trans athletes, whose very presence challenges the norms of hypermacho male idolatry and gender segregation. (Sports aren’t exactly friendly, even in 2015, to people who identify as L, B, or G, either…let alone T.)

Ask MMA fighter Fallon Fox about the challenges of having your sex and gender constantly questioned by often violent yahoos who, because they skimmed a thread on Reddit, feel qualified to speak about the biology of trans athletes and declare who should and shouldn’t be allowed to play. I felt almost relieved when ESPN Radio’s Colin Cowherd said he wasn’t going to talk about “Bruce Jenner.” Even though Cowherd misnamed and misgendered her, it was certainly better than anything he could have said, particularly given his previous rants about Jenner’s identity. His silence was a tender mercy.

The hope is that the reintegration of Jenner into the sports world—long overdue, independent of her transition—will actually force the Cowherds (and cowards) of sports to confront their own resistance to one person’s efforts to claim her past as an athlete and a future as her authentic self.

I reached out to Parker Molloy, a trans woman, Upworthy writer and great Twitter-follow (@ParkerMolloy), who said: “I think Caitlyn Jenner can have a big impact on how we think about trans athletes and force us to take a look at the culture of overbearing masculinity that can sometimes rule the sports world. It would have been really interesting to see what sort of effect she would have had if she’d come out during her athletic career—but even in her retirement, she can help educate others on the topic of trans issues.

“An NFL fan might not be familiar with Laverne Cox, but anyone who calls themselves a sports fan surely knows who Jenner is. Perhaps this familiarity will help educate others and help welcome trans athletes into a kinder, more understanding athletic world.”

It’s a great thought, and one worthy of Arthur Ashe, whose courage was in publicly showing the world without shame what it looked like to be a person dying of AIDS. His bravery raised funds, and awareness, and urgency. It also undoubtedly changed the sports world and changed lives.

Arthur Ashe had the courage to show us what it looked like to die without fear. Caitlyn Jenner is demonstrating what it looks like to live the same way.