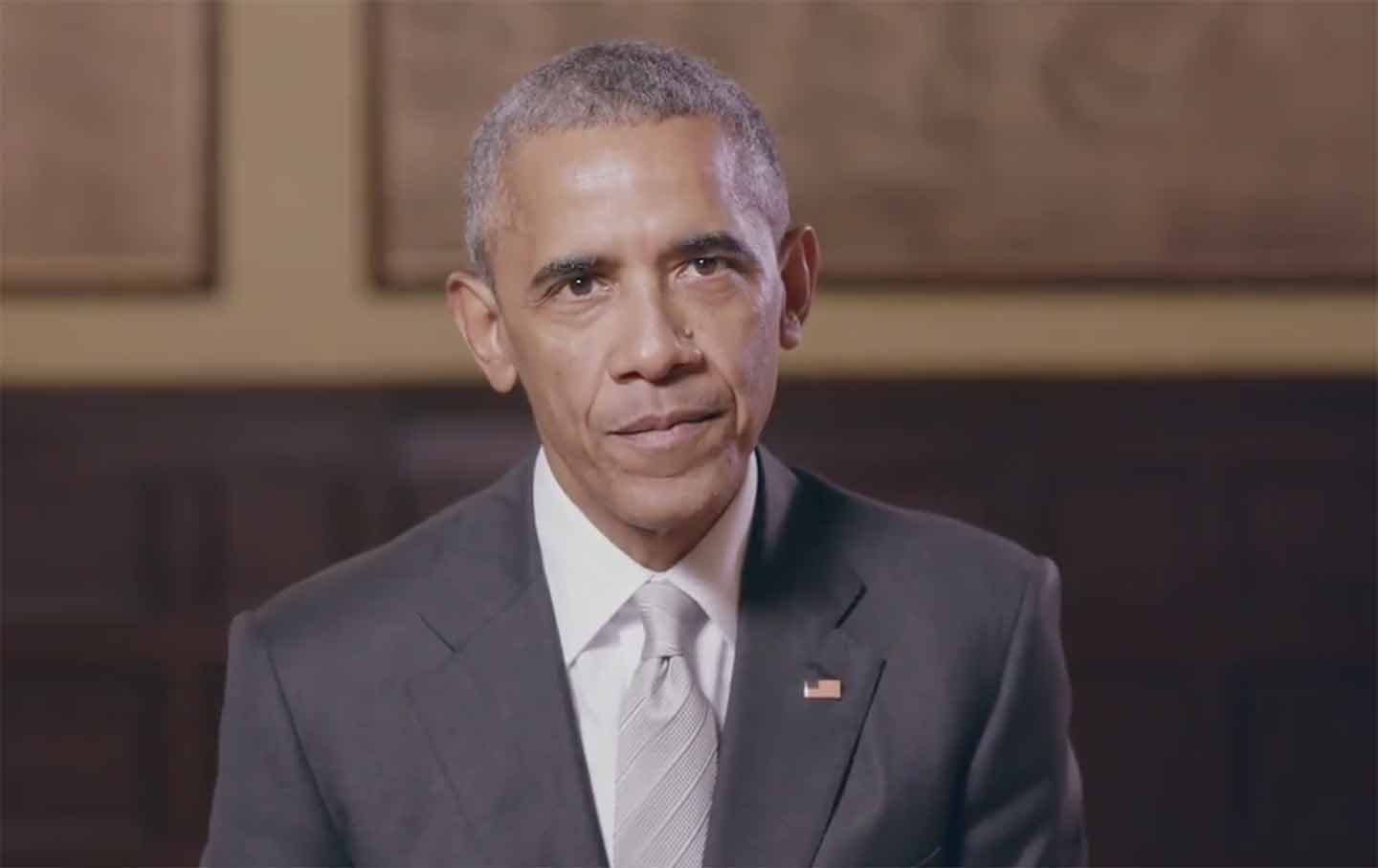 Barack Obama is popular in France—so popular that earlier this year young people in Paris organized a slightly surreal “Oui on peut” (“Yes we can”) campaign to convince the 44th president of the United States to run for president of France in 2017.

Obama passed on a bid that could never have happened, as the French require that their presidents be French.

But the former president waded into the French presidential race last Thursday with a last-minute endorsement of centrist Emmanuel Macron’s En Marche! candidacy. Obama’s intervention came at the right time—three days before the final-round vote that saw Macron defeat far-right nationalist Marine Le Pen by a 2-1 margin. Macron’s overwhelming win confirms that he did not need a boost from Obama or from other international leaders. French voters understood what was at stake.

But Obama’s reason for intervening is instructive. The former president of the United States made his endorsement for the right reason: There could be no compromise with the politics of Le Pen that, as Guardian columnist Hadley Freeman reminds us, “comes from a political dynasty built on the tenacious foundation of antisemitism, racism and fascism.”

People did not have to be impressed with Macron to recognize the necessity of supporting his candidacy. To his credit, Macron defended diversity and international cooperation, recognized the need to maintain those elements of the French model that guard against inequality, and said, “I come from the progressive left. I am trying to refresh and counter the system.”

Obama was right to encourage France to embrace a politics that “appeals to people’s hopes and not their fears.”

But Macron was still a former investment banker whose economic policies rehashed failed neoliberal theories. Though he leavened the mix with a dash of the more enlightened tech-savvy thinking of former French Radical Party leader Jean-Jacques Servan-Schreiber, and though he had the support of a number of figures who have over the years been associated with the left (including former Socialist Party presidential candidate Benoît Hamon and veteran Europeans Parliament member Daniel Cohn-Bendit), he was also backed by France’s center-right establishment. In the initial round of presidential voting, several candidates were preferable to Macron. It was profoundly frustrating that the left could not get its act together to claim a place in the runoff and to present a genuinely radical alternative to the right.

Plenty of people who voted for Macron on Sunday recognized his flaws. And Americans who ponder the French results should not try to imagine Macron as anything more than he is. This centrist contender is not, as some have imagined, “France’s Justin Trudeau.” (Trudeau’s 2016 Canadian candidacy displayed a far stronger grasp of the failure of austerity economics and the absolute need to tax the rich.) But this election was not really about Macron. It was about the threat posed by a far-right fantasy that never ends well. A Le Pen win would have been another victory for the toxic blend of xenophobia, racism, and economic fabulism that has come to define the right as a new generation of candidates seeks to “mainstream” the politics of fear and loathing.

Donald Trump had a soft spot for Le Pen. “She’s the strongest on borders, and she’s the strongest on what’s been going on in France,” the president opined in an Oval Office interview last month. “Whoever is the toughest on radical Islamic terrorism, and whoever is the toughest at the borders, will do well in the election.” And Le Pen had a soft spot for Trump: “I think I’m best placed to talk to this new world that’s emerging, to talk to the Russia of Putin, to the United States of Trump,” she said.

Despite the evidence of mutual admiration between Trump and LePen, it is foolish to try to make too many comparisons between the American presidential race in 2016 and the French presidential race in 2017. The political processes are different. The candidates are different. The dynamics are different. America has an Electoral College that allows a loser of the popular vote to become president, for instance, while the French have a runoff system to assure that their winner has a clear majority of the votes cast. Also, the party politics of France are dramatically more fluid than the party politics of the United States, as was evidenced this year when traditional parties of the center-right and the center-left were rejected in the initial round of voting.

What’s important for Americans to recognize in the French result is this: A major county, in a high-turnout vote, rejected the prospect of a president who might serve as Trump’s ally or enabler. That was certainly not the only reason Le Pen was rejected. But that was a factor, as French voters from across the political spectrum rejected a far-right candidate whose rise was often discussed in the context of Britain’s Brexit vote and America’s presidential result.

Obama recognized this, arguing in a video that gained wide circulation in France as Sunday’s vote approached that “the success of France matters to the entire world.”

“I have admired the campaign that Emmanuel Macron has run,” Obama said. “He has stood up for liberal values, he put forward a vision for the important role that France plays in Europe and around the world. And he is committed to a better future for the French people. He appeals to people’s hopes and not their fears.”

That final line is as close as Obama came to referencing Le Pen in the video.

But that was enough to justify an unprecedented intervention.

Obama made his point, well and appropriately, when he explained that “I’m not planning to get involved in many elections now that I don’t have to run for office but the French election is very important to the future of France and the values that we care so much about.”

(This article was updated throughout to reflect the results of the French vote.)