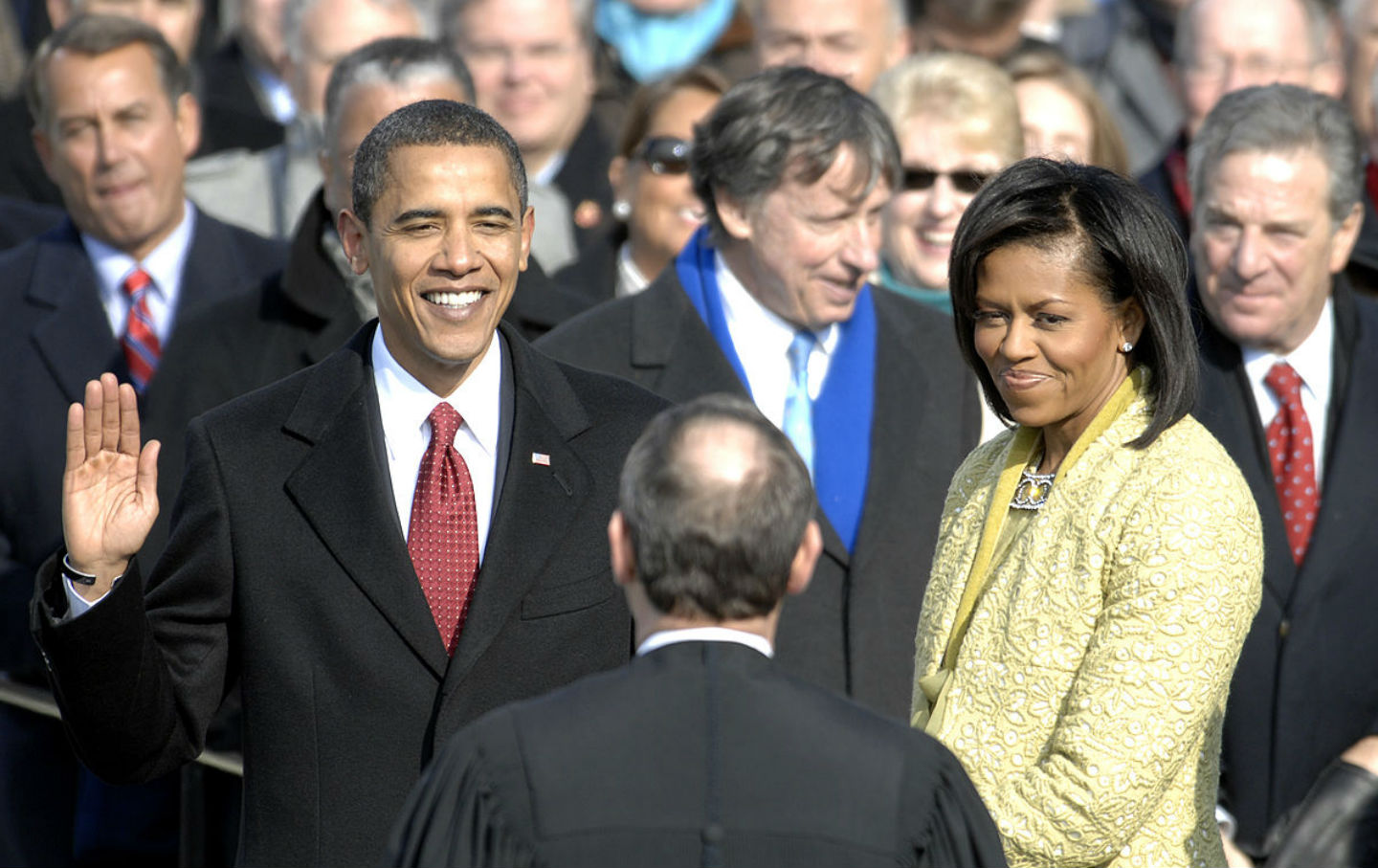 Barack Obama stands next to wife Michelle and takes the oath of office during his inauguration on January 20, 2009. (Wikimedia Commons)

The Nation had endorsed Obama as the Democratic presidential candidate in its February 25, 2008, issue, arguing that “his rhetoric about ‘unity’ can be troubling,” but also that “his candidacy…represents the best chance to forge a new progressive majority.” After his election to the presidency on this day in 2008, Melissa Harris-Lacewell (now Melissa Harris-Perry) published a piece in The Nation, “We, the People.”

In his prophetic turn-of-the-century treatise The Souls of Black Folk, W.E.B. Du Bois reflected on the experience of being black in America as a constant awareness that others view one as a problem—to be observed, analyzed and solved. For black Americans our very self is the object of the slavery question, the miscegenation threat, the Jim Crow solution, the Negro problem, the black family crisis, the welfare dilemma, the crime concern or the nation’s racial scar. It is difficult to live as the object of this amused contempt and pity. When Barack Obama was elected as the first black president of the United States, African-Americans became the solution instead of the problem. For many black folks, Obama’s victory has momentarily healed the double consciousness that is an ordinary part of our lives. To be a citizen in a democracy is to be not only the ruled but also the ruler, to not only submit to law but to craft it, to not only die for your country but to live fully in it. In this moment, we are citizens. We the people, who tilled the soil and cleared the forests and harvested the crops for no compensation. We the people, who endured the abortion of Reconstruction and carried the weight of Jim Crow. We the people, who swung from Southern trees and stood on the front lines of foreign wars. We the people, who taught our children to read even when the schools had no books. We the people, who worshiped a God of liberation even as we suffered oppression. We the people, who gave America back its highest ideals with our nonviolent struggle against injustice. We the people are now Americans.