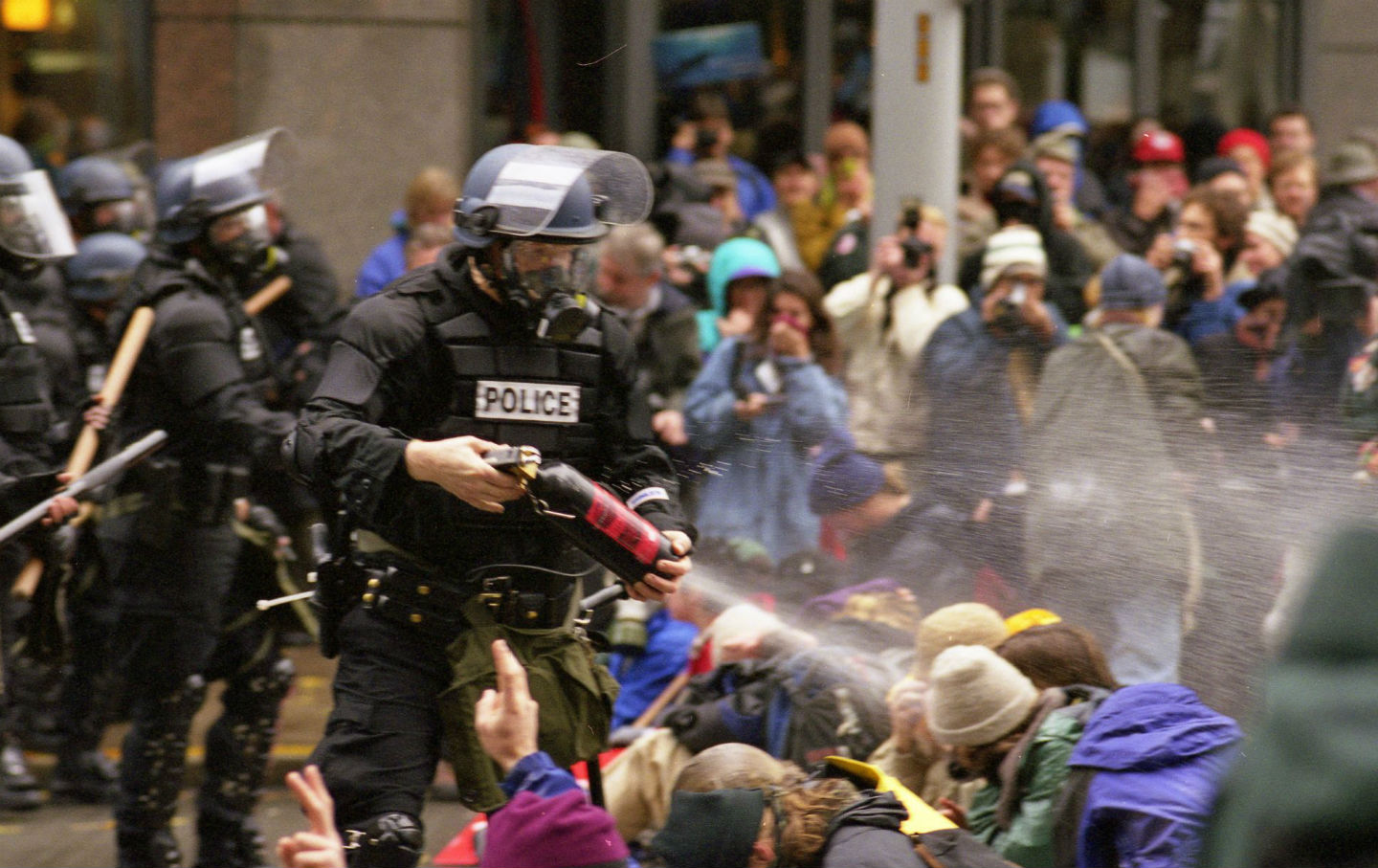 Before the World Trade Organization meeting in Seattle on this day in 1999, The Nation had devoted its entire issue to what its cover called the impending “Battle in Seattle.” In the issue following the confrontation between protesters and the police, the magazine published an editorial heralding the new era of people power:

After the Battle in Seattle one thing is certain: The next WTO confab will be held somewhere like Singapore or Jakarta. The corporate-dominated trade regimen enforced by the WTO is generating so much opposition that it can meet only under the sort of armed protection provided by a militarized state. Indeed, one silver lining of corporate-managed globalization is that it has harmonized US domestic protest against it to unprecedented levels of European-style militancy. Bill Clinton planned his appearance before the WTO as a showcase for successful free-trade policies, but he would up having to give his speech under the umbrella of a declared state of emergency bolstered by barricades, curfews, riot police and National Guard troops. The media focus on a few broken store windows should not distract from the profundity of what has happened here. A phatasmagorical mix of tens of thousands of peaceful demonstrators—husky, red-jacketed steelworkers marching alongside costumed sea turtle impersonators, environmentalists with miners, human rights activists with small family farmers—stood against the WTO, succeeded in closing down its opening sessinos and thrust the once-obscure issue of fair trade onto center stage….

The scenes from Seattle are something not seen since the sixties, but in their totality unimaginable even then.