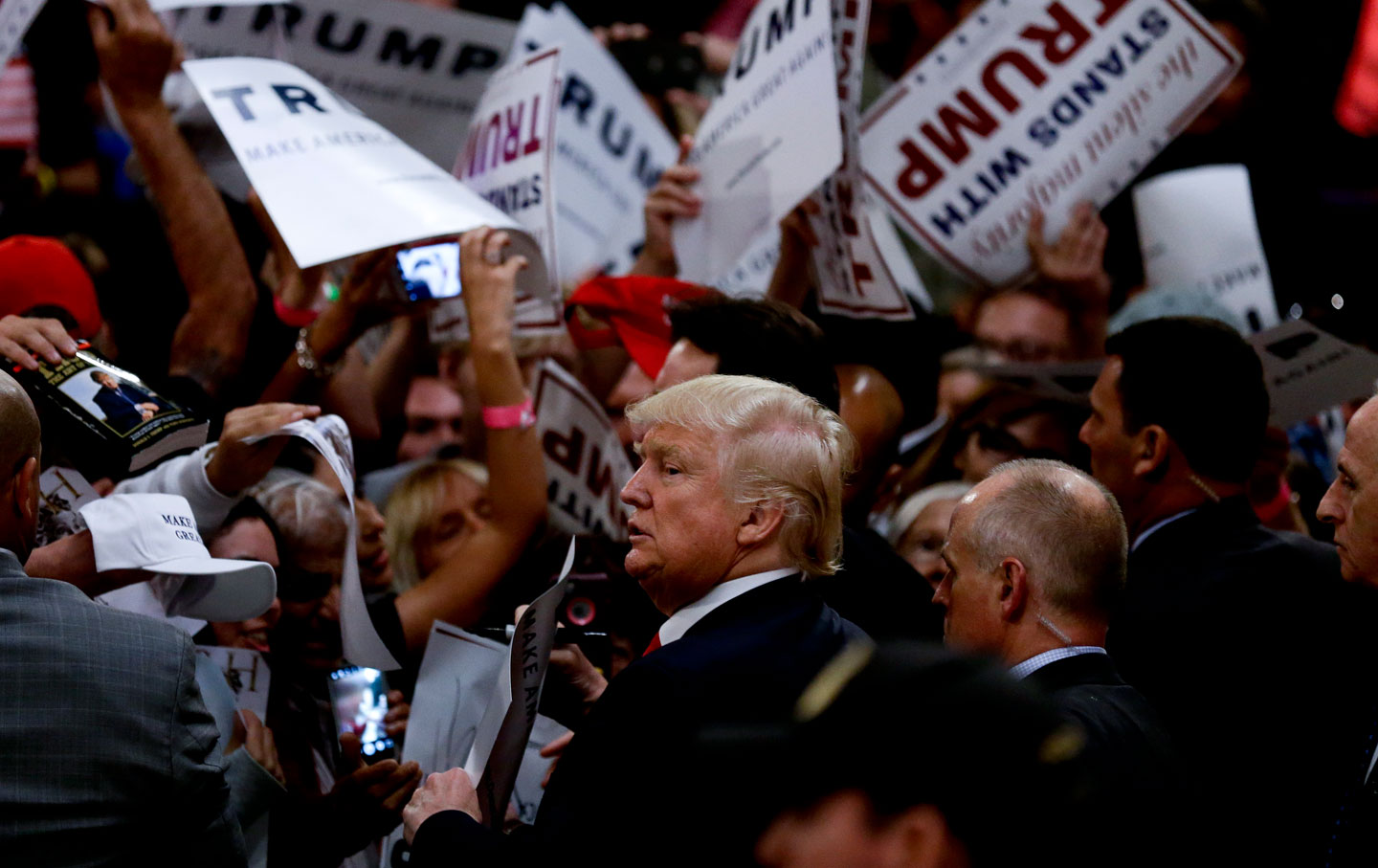 Donald Trump’s latest attack on US District Judge Gonzalo Curiel, who is presiding over the suit brought against Trump University by its former students, led Paul Ryan to distance himself from the candidate he’s endorsed. He called Trump’s statement “textbook” racism, wishing aloud that Trump would stick to the GOP’s focus on revitalizing the economy. Ryan didn’t go so far as to withdraw his support from a Trump nomination, noting that the GOP policy agenda has a far greater chance of succeeding with Trump in the White House than with Hillary Clinton. But it is that policy agenda itself that advances racism, even if it stops short of racial slurs about the people who will suffer the most from its implementation.

Ryan’s clumsy attempts to navigate around Trump only throw into relief the GOP’s broader refusal to acknowledge that racism takes many, many forms—most of them unconscious, hidden, and systemic. Trump’s overt racism actually obscures the party’s covert racism. In some cases, that covert racism may even come with good, if paternalistic, intentions of saving communities of color from the “evils” of dependence. But for the GOP—and too many Democrats, for that matter—if racist intention isn’t obvious (and sometimes, even if it is), there is no need to bring up race at all. Indeed, doing so points to the moral weakness of racial justice advocates.

New York Representative Lee Zeldin, for instance, is particularly opposed to the notion that we might develop a policy agenda that actually directs resources to the racial groups with highest need. “So being a little racist or very racist is not OK,” he said on CNN in countering attacks on Trump, “but, quite frankly, the agenda that I see and all the microtargeting to blacks and Hispanics from a policy standpoint, you know, that’s more offensive to me.” Trump surrogates like Zeldin don’t want us to consider the possibility that a supposedly universal agenda might have different impacts on different racial and ethnic groups. Rather, they want us to believe proponents of “identity politics,” as another Trump surrogate argued, are the real racists, pushing “political correctness” down the collective American throat.

This isn’t new. Resistance to the idea that “textbook” racism can be found in our political and economic systems as much as in our individual hearts and minds was also fully present in the policy debates of the 1960s. And that resistance deeply shaped the Civil Rights Act. For example, in the employment section, employers were vulnerable under the law only if a complainant could prove a “pattern or practice of resistance” to civil-rights measures—or, if you can establish a racist intent. That was written to punish only the most explicit kind of Southern racism, while leaving the subtler Northern version intact. While updates to the act gave lip service to the notion that racist impact constitutes discrimination, even if intention is not obvious, civil-rights plaintiffs still bear the burden of establishing intention if they want any recourse.

Or take voting today. Perhaps GOP leaders are sincere when they say their ongoing attack on (nonexistent) voter fraud with new voter-ID laws are not designed to suppress the votes of people of color. But they will not acknowledge evidence that the law’s impact is nonetheless voter suppression. Or take the question of equal opportunity for children. A bill adopted by the House Education and Workforce Committee this year, which Ryan has endorsed, forces 11,000 high-poverty schools out of eligibility for free-lunch programs, lowers nutritional standards, and makes it much tougher for schools to enroll kids who need help. The children who are adversely affected will be far disproportionately of color. But they aren’t named as targets, so we cannot pin down racist intention; Ryan and many others denouncing Trump this week would strongly object if someone called the bill “textbook” racism. As long as lawmakers and politicians don’t say “black” or “Mexican” or “Arab,” they are cleared of racist intention, as though the impacts of their actions don’t matter.

But they do matter, to a growing electorate of color.

The GOP (and, again, lots of Democrats, too) willfully ignore the fact that all politics are identity based. White men are simply not required to own their identities in politics because they constitute the default universal. When Zeldin calls out “microtargeting” as racist, he attempts to shut down any discussion of the racialized effects of supposedly race-neutral policies. The result is a debate in which only the most obvious, intentional brand of racism is to be condemned.