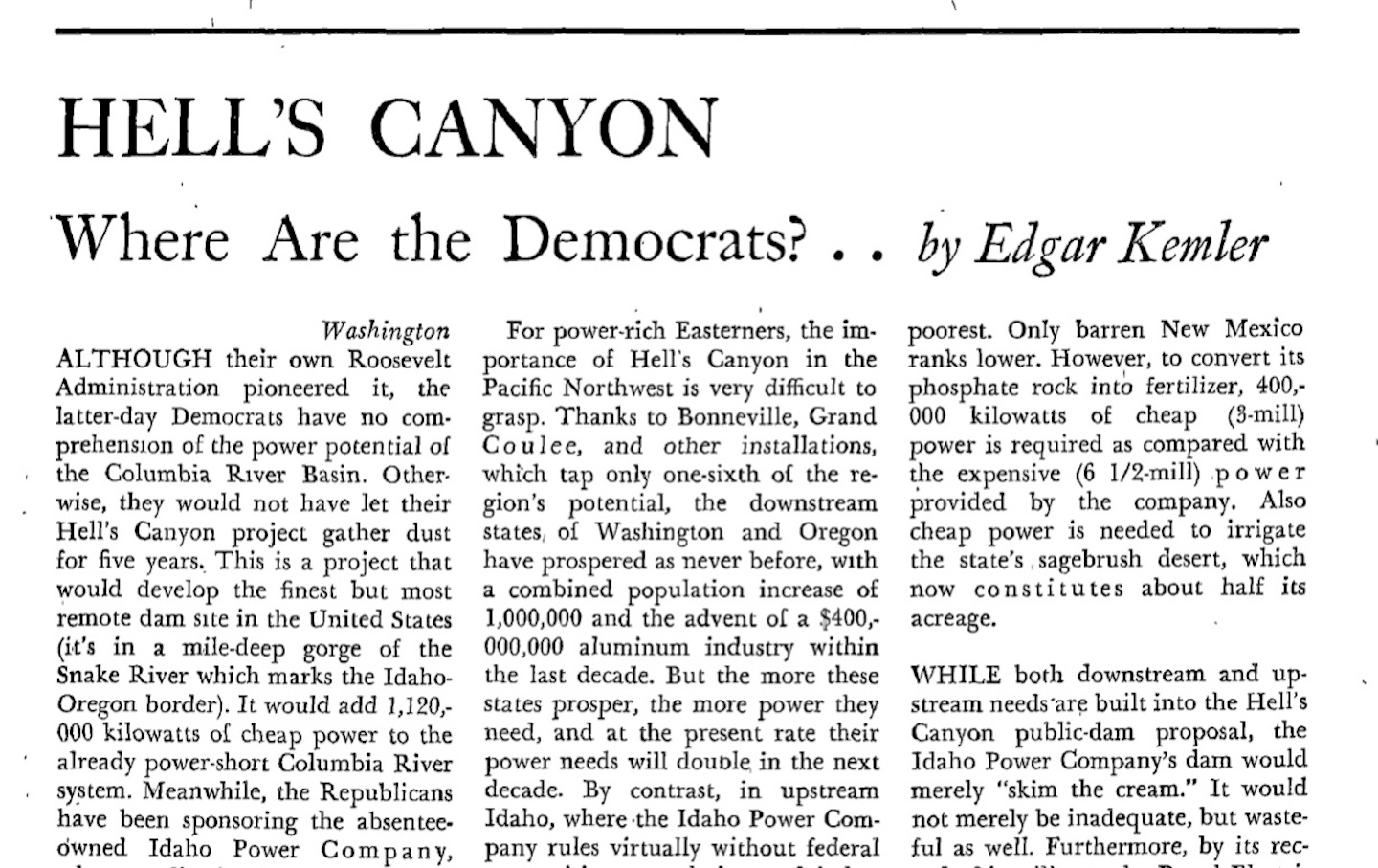 It seems to be true of both the Mafia and the Hotel California that you can never really leave. Add to this estimable list the family that has developed over the decades around The Nation magazine.

We were recently sent the following letter from longtime reader James E. Kemler of Boston, Massachusetts. His father, Edgar Kemler, was the magazine’s Washington correspondent in the dark days of the mid-1950s. Links to Kemler père’s articles in The Nation appear below references to them. —Richard Kreitner

My childhood memories of wrinkled pages in a scrapbook with the bold The Nation headline are hazy and jumbled. Without the author to explain their significance I never really read them at the time, rather just skimming the passages and glancing at the cartoon drawings. Edgar Kemler, my father, who had died when I was 3 years old, had written for The Nation from 1954–56, covering Washington, DC, for the magazine before I was born. My mom had explained that this was a liberal publication, in sync with our family values. Beyond that, I didn’t understand much of the magazine’s context while growing up outside of DC.

Fast forward five decades and I am again looking at these same articles, but now on pristine laser-printed pages downloaded from the The Nation’s archives. I was bringing them with me on The Nation’s educational program in Cuba in February 2015. The happy coincidence of signing up for this trip was an opportunity to meet the publication’s present-day management and renowned journalists. What struck me as I carefully read a number of my father’s articles were the freshness of the topics and relevance to current political issues. His writing style conveyed the subjects with intelligence, clarity and common sense—which continue to be so present in the magazine today. In addition to numerous pieces related to McCarthy, my father’s topics included civil rights, natural gas, a debate on a controversial hydroelectric dam site, FCC license politics related to free speech, and a story about the military’s plans for biological warfare.

Reliving these distant snapshots of then-relevant Washington news feeds gave me a fresh insight into my father’s perspective and communication style. That I was surrounded by his current colleagues collectively experiencing the historic events of today in Cuba—which itself has elements frozen in time from my father’s era—was a true gift. I am thankful to The Nation for providing this double-edged opportunity—to reach back to my father’s professional contributions and to share in a memorable and historic change in US-Cuba relations. This was a very unique and rewarding family reunion courtesy of The Nation.

Did one of your friends or relatives write for The Nation back in the day? Write to us at rkreitner [at] thenation [dot] com.