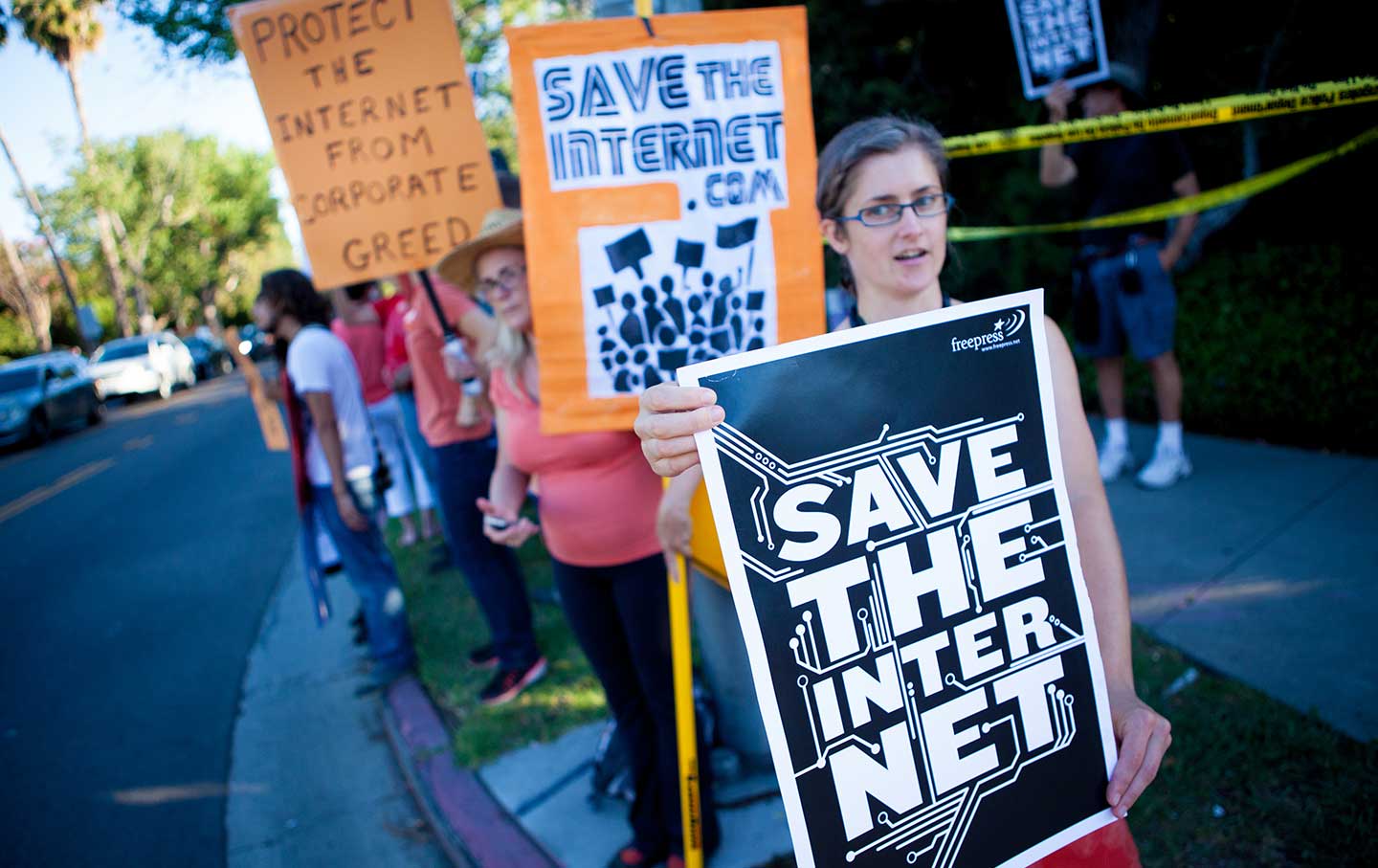 Net neutrality is in grave danger. Back in 2015, advocates for the open Internet won a hard-fought battle to preserve net neutrality, the principle that all Internet traffic is treated equally and that providers cannot charge content providers for “fast lanes” for those who can afford it. Net neutrality is key to the work of activists and independent media outlets (like The Nation!), allowing them to reach people across the country without being drowned out by corporate media companies with big pockets.

Now, as Katrina vanden Heuvel wrote in her latest column, Trump “wants to give his corporate allies full control of our media ecosystem.” Trump’s pick for chairman of the Federal Communications Commission, Ajit Pai, has consistently opposed net neutrality. After Trump’s election Pai crowed that he was “more confident than ever” that its “days are numbered.” He’s already made moves to advance corporate interests, including eliminating caps on the amount of money prison phone companies can charge people to reach their loved ones.

Millions of people wrote to the FCC and their elected representatives to demand net neutrality the first time around. We’ll need another “people-powered movement,” as vanden Heuvel calls it, to defend net neutrality yet again.

Let Ajit Pai and the FCC know why you need—and love—the open Internet and why we must protect net neutrality. Our friends at Free Press will deliver all of the messages to the FCC in person next week before its next open meeting. (UPDATE: While Free Press has already delivered notes to the FCC for their first open meeting—The Nation contributed over 8,000!—we encourage readers to continue to fill out the form below and we’ll make sure Ajit Pai and the FCC receive your messages.)

Fill out the form below to send your message. Here are some questions to get you started:
• Why is net neutrality important to you?
• Why do you need the Internet?
• What do you use it for?
• How has it improved your life?
• What would happen if you couldn’t access the open Internet?