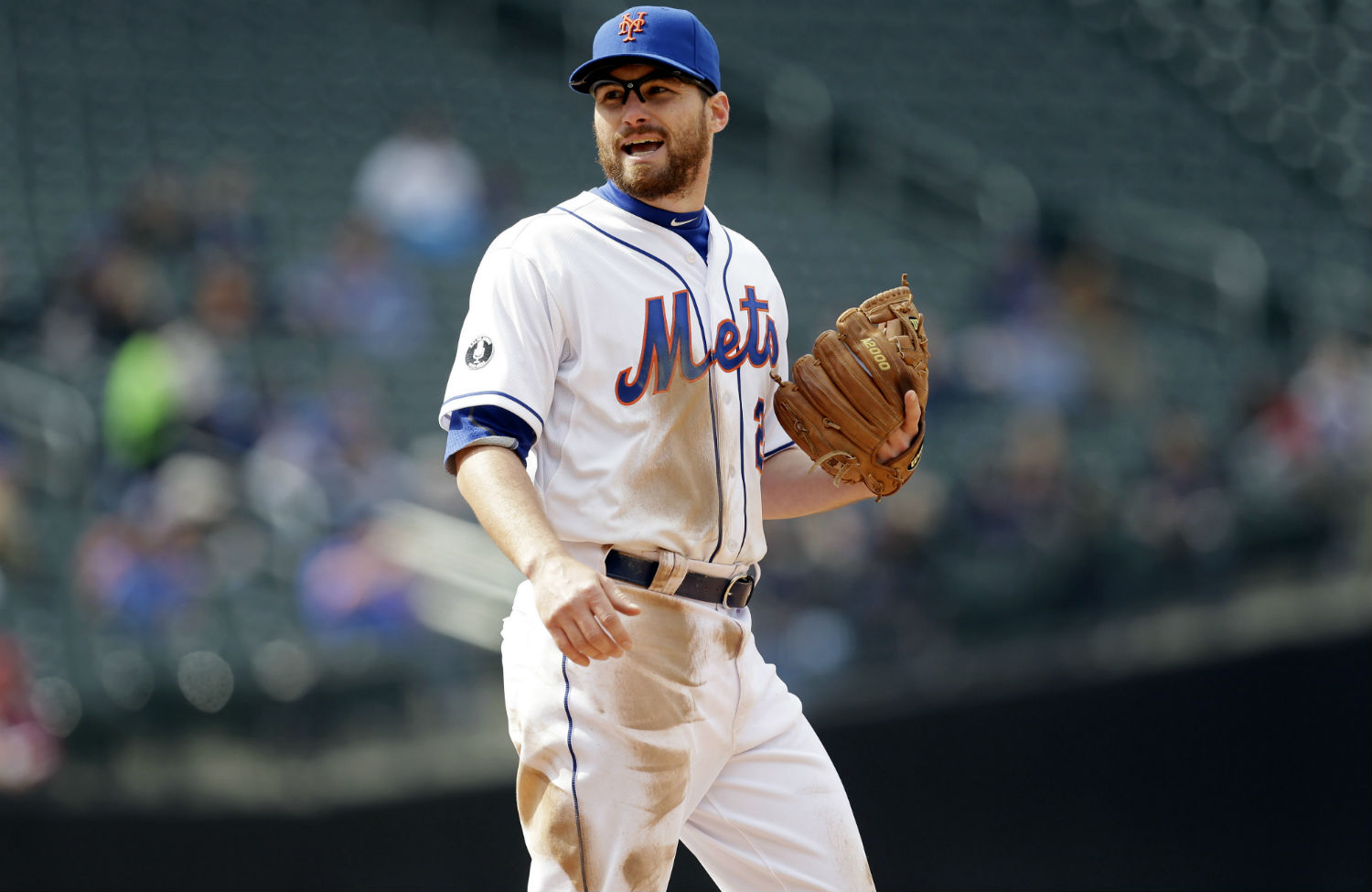 This is not another shooting-fish-in-a-barrel commentary about the antediluvian swinishness of Boomer Esiason and Mike Francesa. This is not another swipe at their comments criticizing the efforts of Mets second basemen Daniel Murphy for missing opening day to be with his wife for the birth of their child. For those who missed it, Esiason opined, “I would have said, ‘C-section before the season starts. I need to be at Opening Day. I’m sorry, this is what makes our money. This is how we’re going to live our life. This is going to give my child every opportunity to be a success in life. I’ll be able to afford any college I want to send my kid to, because I’m a baseball player.’”

Fellow troglodytic troll of the NYC sports radio airwaves Mike Francesa commented, “You’re a major league baseball player. You can hire a nurse.” Francesa also called the paternity leave at his own company “a scam-and-a-half.”

Many have verbally stomped them for the nature of their comments—well done, Chris Hayes—and Esiason also issued a fulsome apology.

I spoke to my friend Martha, who is a midwife—and a Mets fan—about their comments. She said simply, “I would ask if they knew how it sounded, talking about this woman like she is a human incubator to be cut open in a dangerous, often unnecessary surgical procedure so Murphy can make it to Citi Field on time. I would ask that, but honestly, if you can’t see why the asshole-levels on these comments are off the charts, then I can’t help you.”

I also spoke with Joe Ehrmann, a former NFL player and someone who has devoted his life to challenging the ways in which sports have the capacity to communicate a toxic, destructive brand of masculinity. Ehrmann said, “I think these comments are pretty shortsighted and reflect old school thinking about masculinity and fatherhood. Paternity leave is critical in helping dads create life long bonding and sharing in the responsibilities of raising emotionally healthy children. To miss the life altering experience of ‘co-laboring’ in a delivery room due to nonessential work-related responsibilities is to create false values.”

Ehrmann also pointed out the ways in which these statements create a culture that normalizes the alienation between fathers and children. He said, “Comments like these put every man in a position to think about career and co workers opinions ahead of father/husband/partner roles. So even in companies with paternity leave, many new dads won’t or feel like they can’t take advantage of leave without a stigma being attached to them…. This is one more arena where sports/athletes could be a metaphor for social change and elevate the birth/nurture/fatherhood role and responsibilities over work.”

He then said to me that this kind of sexist mentality not only harms families, not only harms men, but also quite specifically harms athletes. “I’m convinced the number-one common denominator in locker rooms is father-child dysfunction,” he said. “It’s what pathologically elevates many performances. ‘I will prove to [the coach/father figure] I am worthy of my dad’s love and acceptance,’ at the expense of self and others. If any group should understand need for dads in delivery rooms it should be athletes and the athletic world.”

I would also add that the only reason Daniel Murphy even had the option to take this time off is because it was collectively bargained into his contract by his union. There are millions of men in nonunion jobs who don’t even have this option, not to mention millions of women who risk their employment in the United States by taking time off after the birth of their child.

I think there is something else going on as well. The comments from Boomer and Francesa smack of a kind of existential fear from an older generation of sports radio jockeys about the ways in which definitions of masculinity and sports have been rapidly changing. There have been two dominant kinds of masculine archetypes for the last thirty years in sports. Either you could be heterosexual, misogynist, talking loudly but saying nothing with a goal of trying to become a commercial brand; or you could be a heterosexual evangelical Christian, talking humbly with a goal of trying to become a commercial brand. Those who strayed outside of these norms have only done so with considerable risk to their standing in the media or even their job.

But in the last two years, these archetypes have changed. We have seen players such as Jason Collins, Robbie Rogers and Michael Sam break new ground as gay athletes. We have seen Royce White and Brandon Marshall speak out about their mental health challenges and show that this kind of openness does not demonstrate weakness but courage. We have a new cultural consensus that does not see concussions as a bizarre badge of honor but a danger sign. We’ve had Jonathan Martin go public about being bullied by teammates, forcing the NFL to confront long-standing locker-room behaviors. Poisonous, narrow definitions of masculinity are being challenged. A player’s missing opening day to be with his wife on the birth of their child clearly caused Boomer’s and Francesa’s brains to rupture. Their idealized sports world as a masculinist cocoon absent of progress and insulated from the real world, where every day is 1985 (or even 1955), is withering before their eyes. People are deciding that ruining your life and your relationship with family in the name of a code that impresses the Mike Francesas of the world isn’t worth it. This is progress, but as in any time when we see progressive healthy change, the hounds of reaction will still nip at its heels.