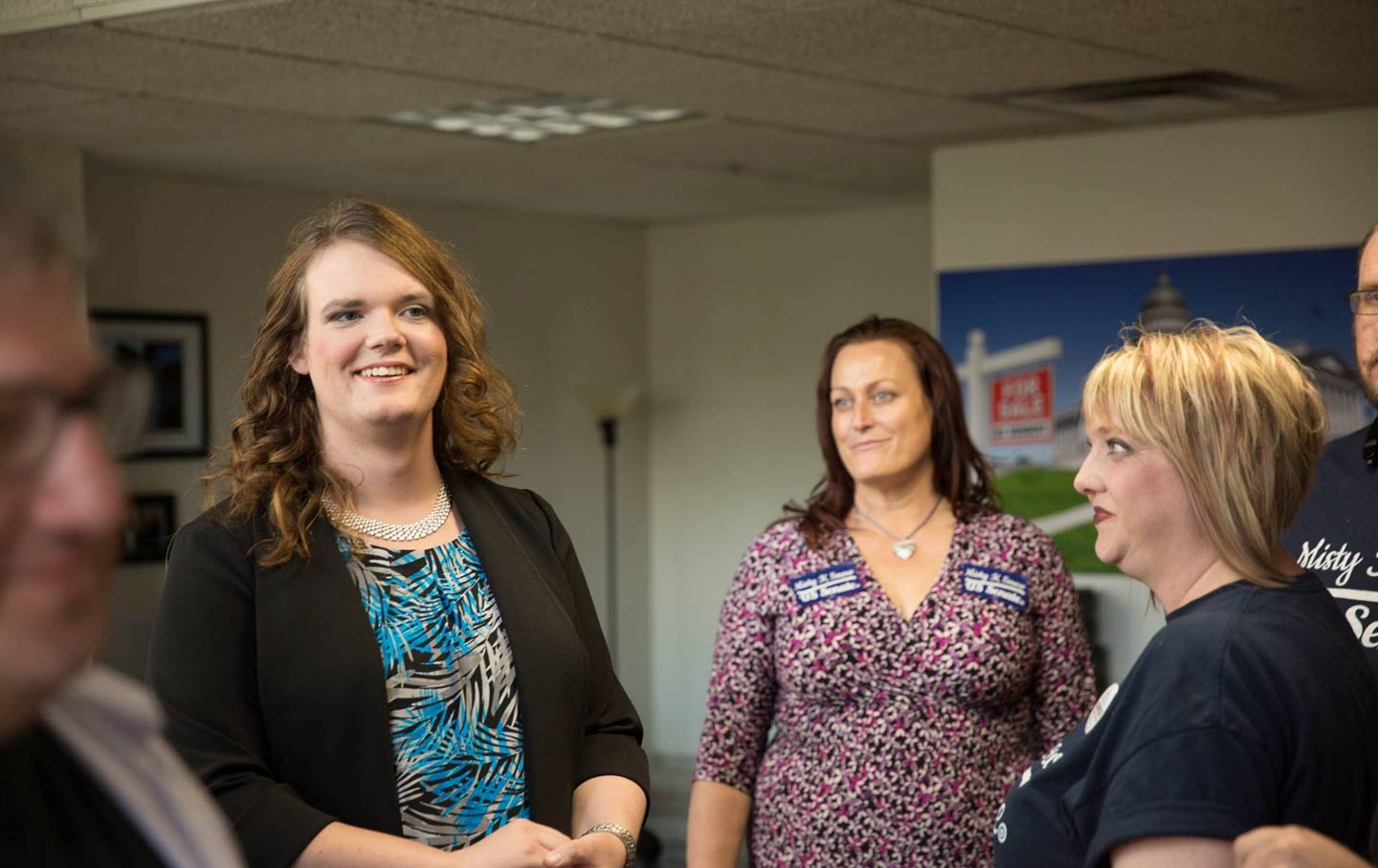 “A lot of people have told me whether I win or lose, I’m already making a difference just by running,” Misty Snow told her hometown paper after she was nominated for the US Senate.

There’s some truth in that. Snow is about as young as a Senate candidate can be—at 30, she just meets the constitutional age requirement for serving in the chamber—and almost a decade younger than any sitting senator. Snow is a passionate progressive who as a first-time candidate beat an somewhat older and quite a bit more conservative contender in a statewide primary. Snow is a Democrat running in a state that currently sends an all-Republican delegation to Congress. Snow is a “cashier at a grocery store [who was] raised in a lower-income family” taking on the political establishment with a grassroots campaign that built on the momentum of Vermont Senator Bernie Sanders’ run for the Democratic presidential nomination. And, Snow notes, “I just happen to be transgender.”

With her Utah Democratic primary win on Tuesday—by a 59-41 margin—Snow just happens to be the first transgender candidate ever nominated by a major party to run for the US Senate.

“There are some that claim that Utah is not ready for a candidate like me, but I strongly disagree.” —Misty Snow

Snow got in the race late because she thought Democrats needed to mount a bold progressive challenge to Republican Senator Mike Lee. But she ran a smart, energetic campaign that drew strong support not just from Salt Lake City—a progressive city with a vibrant LGBTQ community —but from communities across the state. Inspired by the Sanders campaign (which scored a 79-21 victory in the March 22 Utah caucuses) Snow ran a campaign that promised she would be “Standing Up for Democratic Values for All Americans” and she pledged to champion:

While her campaign has focused on a broad spectrum of progressive proposals—which she explains on an impressively detailed website that features far more discussion of the issues than those of many Senate nominees—Snow brings to politics an important perspective at a time when conservative activists and many Republicans are proposing to discriminate against trans people.

Declaring that “LGBT people deserve full equality under the law, no excuses or exceptions,” Snow goes on to say:

We need to ensure that LGBT people have access to all public spaces. Throughout the country, we are seeing conservative lawmakers trying to pass legislation that would ban trans* people from being able to access appropriate restrooms, changing rooms, and locker rooms. As a trans woman I find this trend to be very problematic as these kinds of laws do not protect anyone or solve any problems; they only exist to create barriers for trans* people trying to live normal and authentic lives. No one should be prevented from accessing the restroom, and no one should be forced to use segregated facilities. It is important that we fight against laws that try to restrict the rights of trans people having access to public facilities.

Snow faces an uphill race in a state that has not sent a Democrat to the US Senate since Frank Moss was defeated 40 years ago. She knows that. But Snow argues that she is the face of the future, as her campaign notes that the Utah native “is part of the new millennial generation that recently surpassed the Baby Boomers as the largest voting population for in Utah and the nation.”

That’s an optimistic take. But it is grounded in the experience of a primary run that just made Snow a major-party nominee for the US Senate.

And Snow is not stopping there.

“There are some that claim that Utah is not ready for a candidate like me, but I strongly disagree,” she declares. “Utah is not only ready but in desperate need of a senator exactly like me. We cannot wait for others to give us equality. We have to claim equality for ourselves. I have the courage and fortitude to fight for economic prosperity and full equality under the law, and I will serve [the people of the state] well as Utah’s next U.S. senator.”