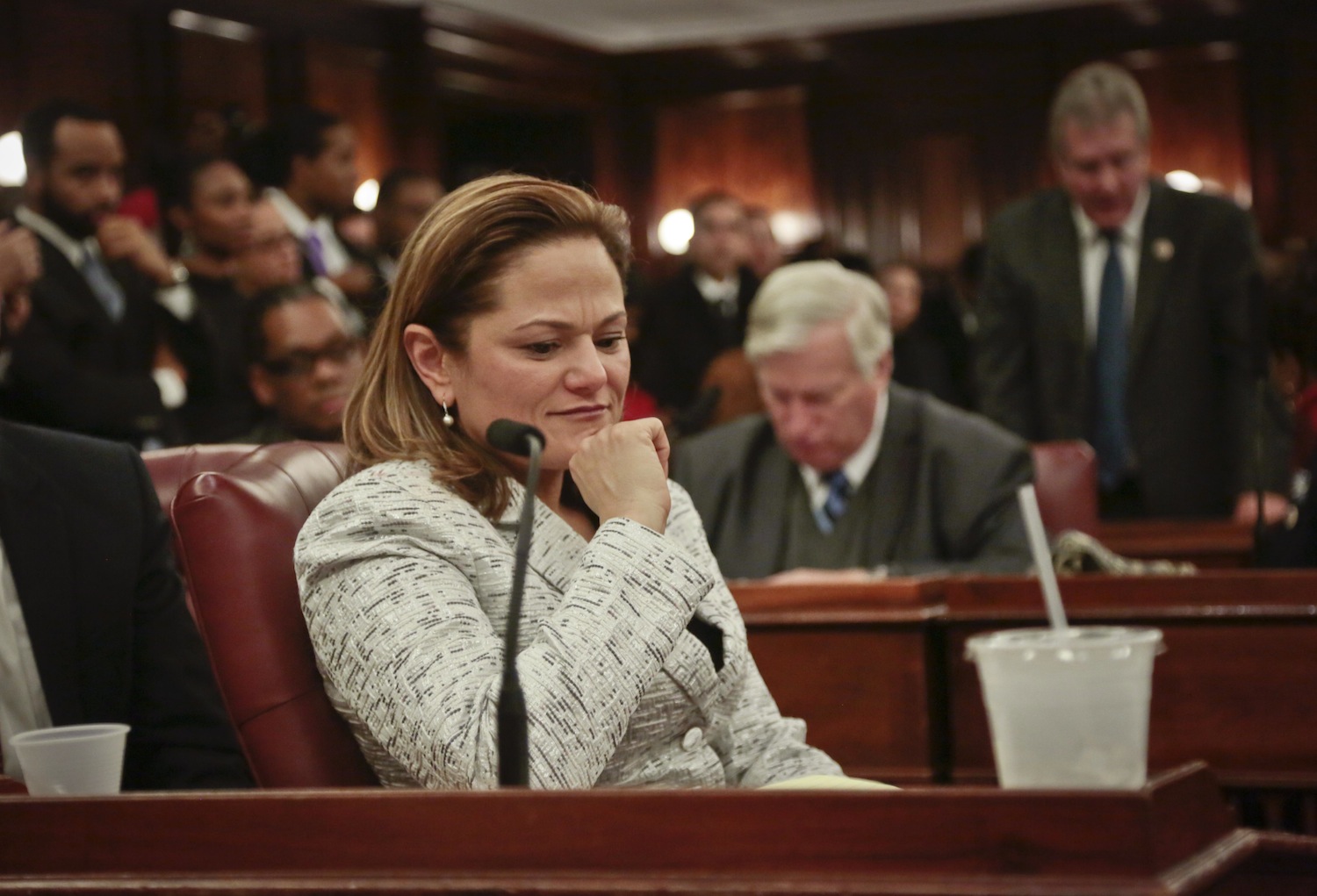 There were many important hearings at the New York City Council yesterday. At one, tearful relatives talked about what it was like to watch a spouse get mowed down by a reckless cabbie, or hear that their son would never make it home because a careless city bus driver had run them over. At another, woman testified about what it meant when a labor and delivery unit at an outer-borough hospital shut down. But the most interesting—and, for the progressive agenda, perhaps the most important—hearing was about the Council itself and how to make it a more vibrant and democratic body. In the words of Speaker Melissa Mark-Viverito, the goal is a Council “of unity, equality and fairness… one that encourages debate.”

A focus on the Council's rules is not itself unusual: There is a standing Rules Committee to consider such changes, and each Council term begins with the adoption of the rules that will govern the distribution of power among the speaker, committee chairs and individual members. What was different about Monday's event was that the Council began a full-scale reconsideration of how that power ought to be divvied up. As Rules Committee chairman Brad Lander noted in a nod to Mark-Viverito, “It's not often that those in power are willing to think about giving some of it up in the public interest.”

The process itself reflects the principle, according to Lander: Rather than bringing forward a detailed policy plan for the public to weigh in on, the hearing was a broad discussion of how changes might be made in a few key areas, like the way bills are written and brought up for a vote, the authority of committee chairs and the distribution of discretionary funds.

It was clear in yesterday's hearing that the rule changes are not a simple, black-and-white thing. If you govern the distribution of discretionary dollars by formula rather than individual members' choices, are you really taking the politics out of funding, or merely rewarding those institutions who can play the higher form of politics that affects the formula itself? If you make it easier for members to write bills—the system is currently opaque and controlled by the speaker—does that mean the Council will be flooded by symbolic measures or, even worse, that bad ideas will somehow squeak through the system? Even the leading good government organizations who testified had subtle differences of opinion on the wisest way to tinker with how the system is run. People agree on the broad strokes, said Citizens Union executive director Dick Dadey, but as the cliché goes, “the devil is in the details.”

And, as Brooklyn Councilmember Jumaane Williams noted, how much of the problem with Council governance is about custom rather than the rules themselves. There have been, he said, “things councilmembers were empowered to do but did not historically choose to do” because of a “historic running of the Council that made members feel they could not exercise” the powers they had.

Lander says more hearings are planned, and witnesses called on the committee to make the proposed Rules changes as transparent as possible—and to revisit them every couple years to, as NYPIRG's Gene Russianoff put it, “make sure they don't go stale.”

For those of us who've seen the Council's substantive work often reduced to caricature by tabloid editorial boards, who winced when the Council forever stained itself by extending term limits at Mayor Bloomberg's command in 2008, and who want to see how this Council will strike the balance of being a partner of the mayor but not a puppet, it will be a fascinating process to watch.

“It's not often that people in power consider the possibility that those powers may be curtailed,” noted Queens Councilmember Rory Lancman. “I'm convinced that a more democratic, open, active City Council that solicits the input and takes advantage of the strengths that all members bring to the table will ultimately be a stronger City Council.”