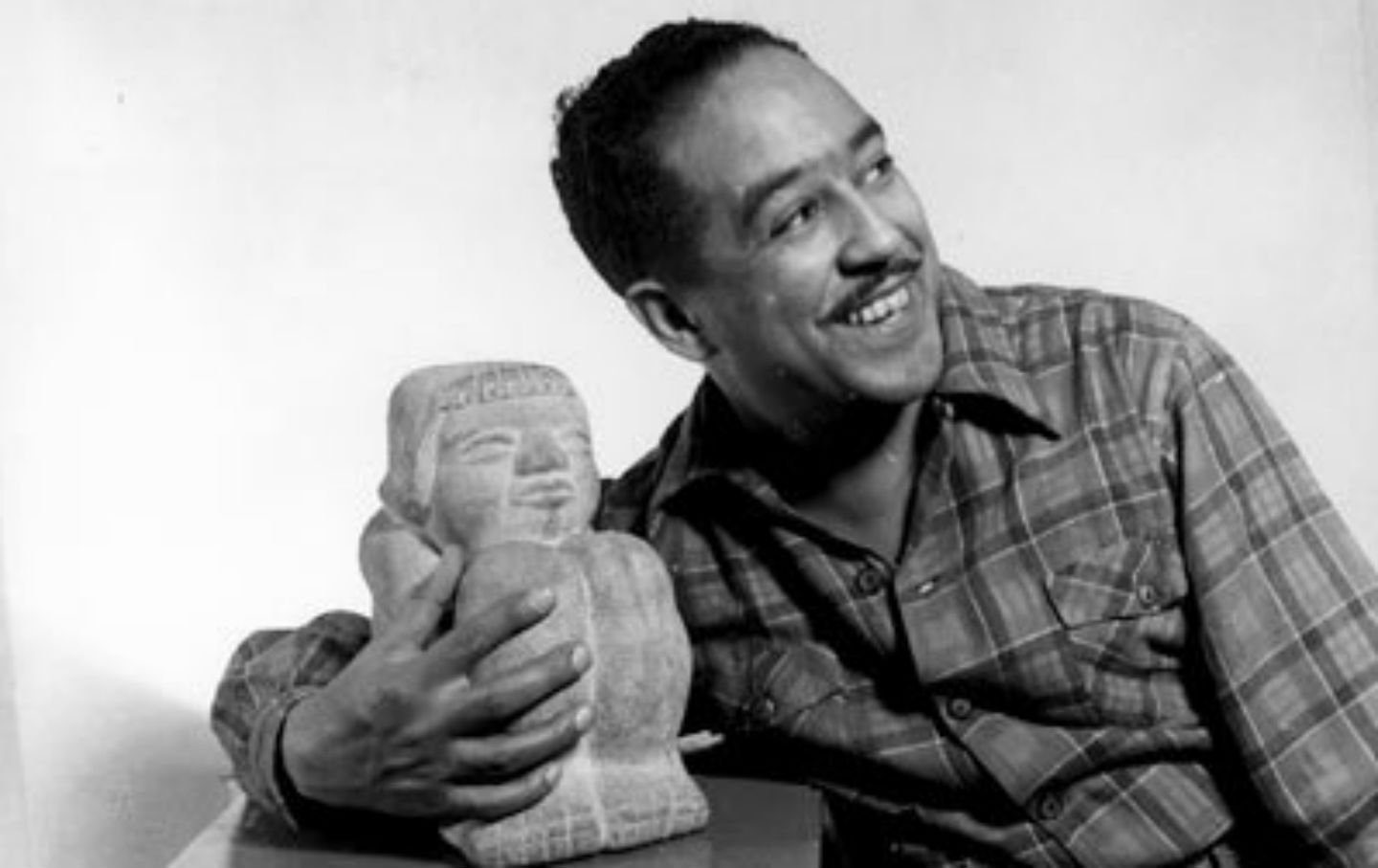 Langston Hughes in a 1943 photo taken by Gordon Parks for the US Office of War Information. (Library of Congress)

Langston Hughes died on this day in 1967 after four decades of profoundly influencing black culture and, indeed, American life generally. His breakthrough essay was published in The Nation in June 1926. Solicited by future editor Freda Kirchwey as a response to a piece the magazine had run a week earlier by the prominent black journalist George Schuyler, who argued that there neither was nor should there be a specifically black culture, “The Negro Artist and the Racial Mountain” was a sort of a mission statement of the Harlem Renaissance. Hughes continued to write essays and poems for The Nation until the year he died.

Let the blare of Negro jazz bands and the bellowing voice of Bessie Smith singing blues penetrate the closed ears of the colored near-intellectuals until they listen and perhaps understand. Let Paul Robeson singing Water Boy, and Rudolph Fisher writing about the streets of Harlem, and Jean Toomer holding the heart of Georgia in his hands, and Aaron Douglas drawing strange black fantasies cause the smug Negro middle class to turn from their white, respectable, ordinary books and papers to catch a glimmer of their own beauty. We younger Negro artists who create now intend to express our individual dark-skinned selves without fear or shame. If white people are pleased we are glad. If they are not, it doesn’t matter. We know we are beautiful. And ugly too. The tom-tom cries and the tom-tom laughs. If colored people are pleased we are glad. If they are not, their displeasure doesn’t matter either. We build our temples for tomorrow, strong as we know how, and we stand on top of the mountain, free within ourselves.