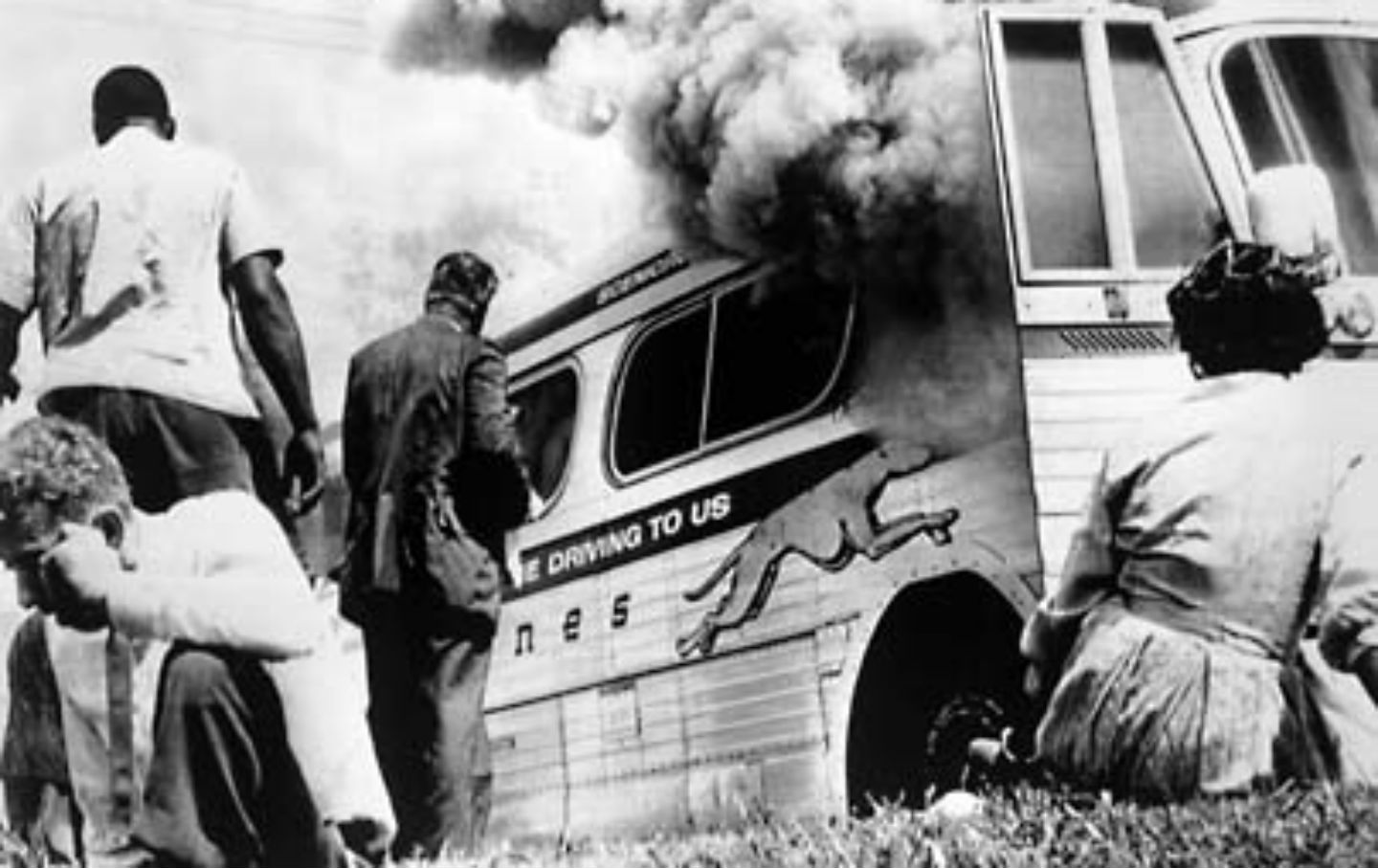 Freedom Riders in 1961 stopped in Alabama after their bus was firebombed. (Library of Congress)

On this day in 1961, the first Freedom Riders were mobbed and assaulted in Montgomery by local whites protesting the integrationist campaign and a speech by Rev. Martin Luther King Jr. In response, the Kennedy administration instituted martial law and brought in the National Guard. Robert Martinson was among the first Freedom Riders, and wrote an essay, “Prison Notes of a Freedom Rider,” for the Nation of January 6, 1962. Martinson later went on to become an influential sociologist whose lasting contribution to the field was a 1974 paper declaring that “nothing works” for rehabilitating convicted criminals. He committed suicide in 1980.

And yet even here [at the Mississippi State Penitentiary] the spirit of the movement prevailed. In these almost hopeless conditions the democratic forms continued. Solidarity was somehow recaputured through song, prayer and discussion. Even our nemesis—Deputy Sheriff Thysen—seemed a little surprised, even curious. He asked a young Negro why he was smiling and received no answer. He repeated the question in his deadly way: “Boy, what you got to smile about? You in jail, you know.” “Sheriff,” he answered, “you just wouldn’t understand. I’m smiling because I’m free.” And I was witness to the fact that, indeed, a new kind of freedom—tough, critical, unsentimental, knowing—is being forged in the jails and prisons of the South. Those who emerge from these jails will never be the same again. They will go on to fight other battles and train other Riders. Mississippi will learn that it has aided the process it set out to hinder: it has educated the ignorant and trained the native.