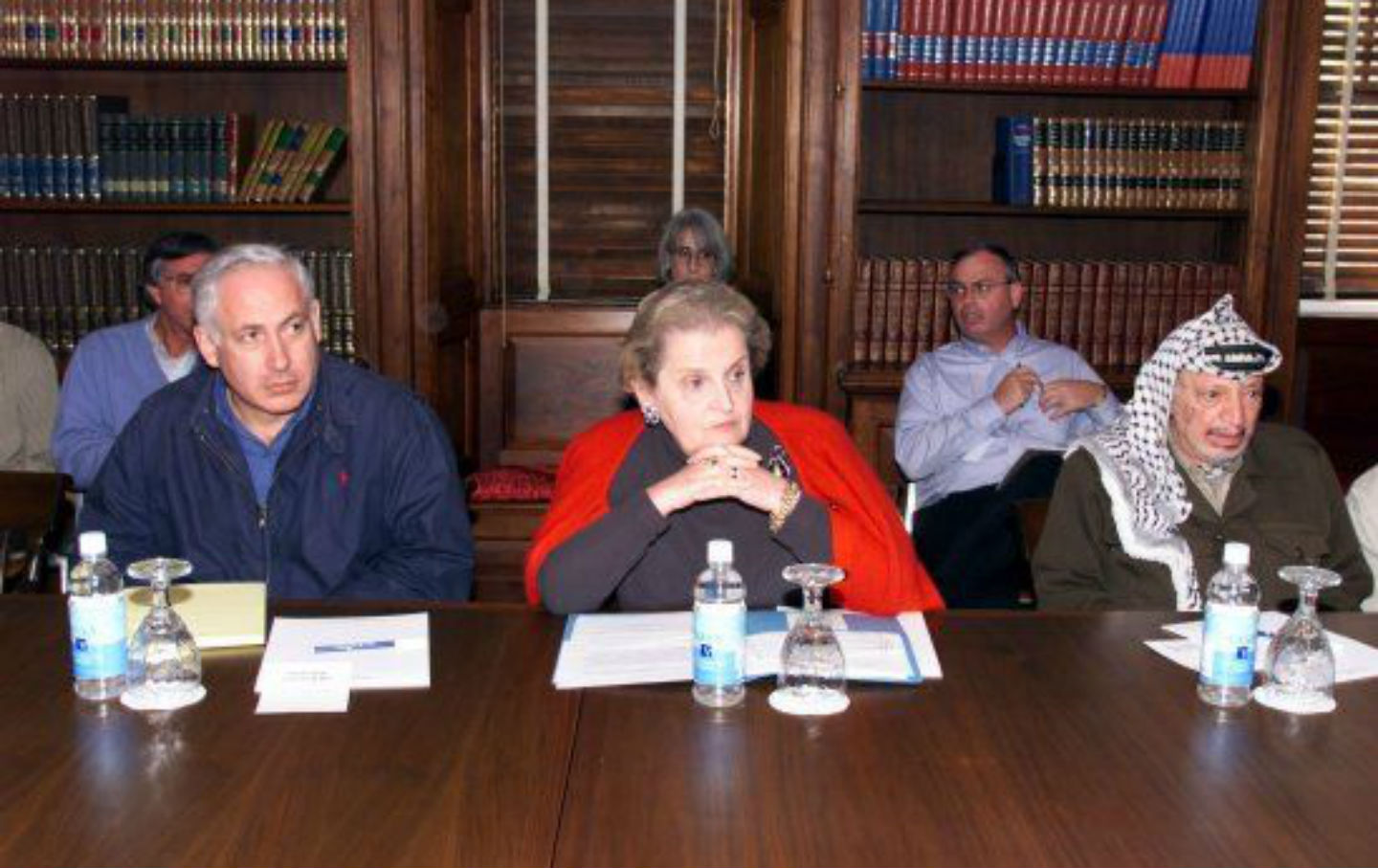 Albright, born today in 1937, was Clinton’s ambassador to the United Nations before being nominated to become the first woman to serve as secretary of state. Her appointment after the 1996 presidential election was applauded by Senator Jesse Helms, as well as, The Nation reported in its punningly titled editorial, “Helmswoman at State,” “women’s groups, Cuban-American groups, hawkish American Jewish groups, anti-Russian East Europeans and Baltic-Americans, and jealous protectors of Al Gore’s future.”

A gender (or racial) breakthrough at the top of any powerful institution is a welcome sight. But there is something distressing at the sight of the head of EMILY’s List exclaiming, “I am so happy, I’m like a Cheshire cat. It’s fabulous,” at the appointment of a new Secretary of State. Does EMILY’s List care about French reintegration to the NATO command structure, which will undoubtedly be complicated by Albright’s deliberate humiliation of the Quai d’Orsay in her recent tour of French West Africa? Does it ponder the state of U.S.-Egyptian relations following Albright’s humiliation of Boutros-Ghali and her expected coddling of Benjamin Netanyahu? The State Department is the last place whose chief should be subject to engineering by interest groups.