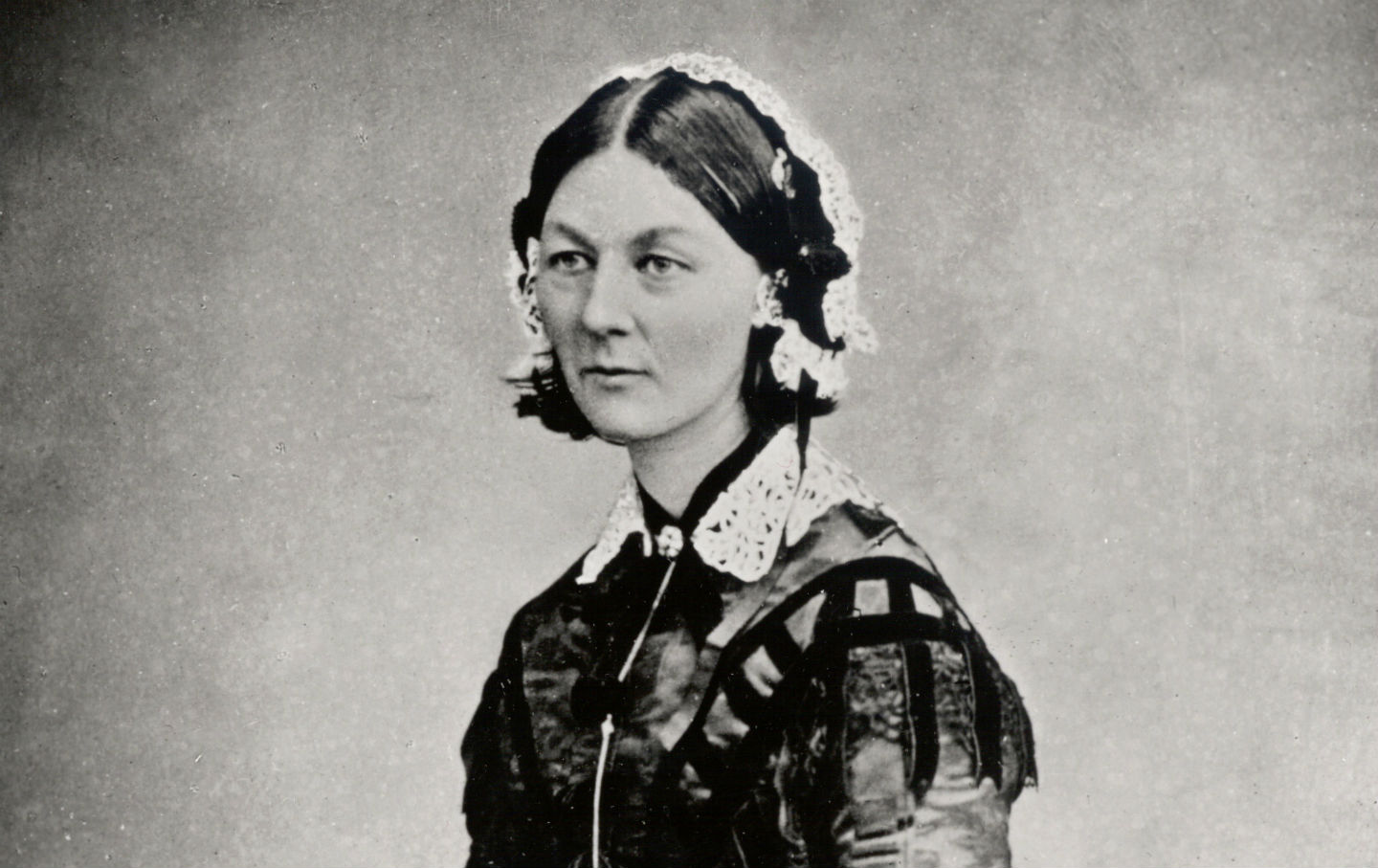 Nightingale first achieved fame as “The Lady with the Lamp” during the Crimean War in the 1850s when she made nighttime tours to nurse wounded soldiers. As it happens, The Nation’s founding editor Edwin Lawrence Godkin cut his journalistic chops as a roving reporter during the same conflict. Afterward, Nightingale founded the modern nursing profession and fought for many other social reforms. James Rorty, a frequent Nation contributor, was the father of the philosopher Richard Rorty. (The Almanac entry for March 22 excerpts his 1941 article critical of the Grand Coulee Dam.) Nightingale died in 1910, and Rorty wrote this article on the occasion of the centennial of her birth.

With both hands Florence Nightingale reached out to seize the world of reality for her sex. And there were not men in England strong enough or stupid enough or obstructive enough to stop her. Wielding her Crimean prestige like a bludgeon over the heads of the politicians, she fought the good fight with amazing resourcefulness and persistence for forty years after the Crimea was only a memory….

Florence Nightingale was born a Victorian lady, destined, as she bitterly realized, to “do crochet in her mother’s drawing-room”—and nothing much else. She was over thirty before she succeeded in winning through to the world of reality which she craved. But in achieving at last her triumph in the face of all the outraged conventions of her time, she conquered vicariously for multitudes of her followers.