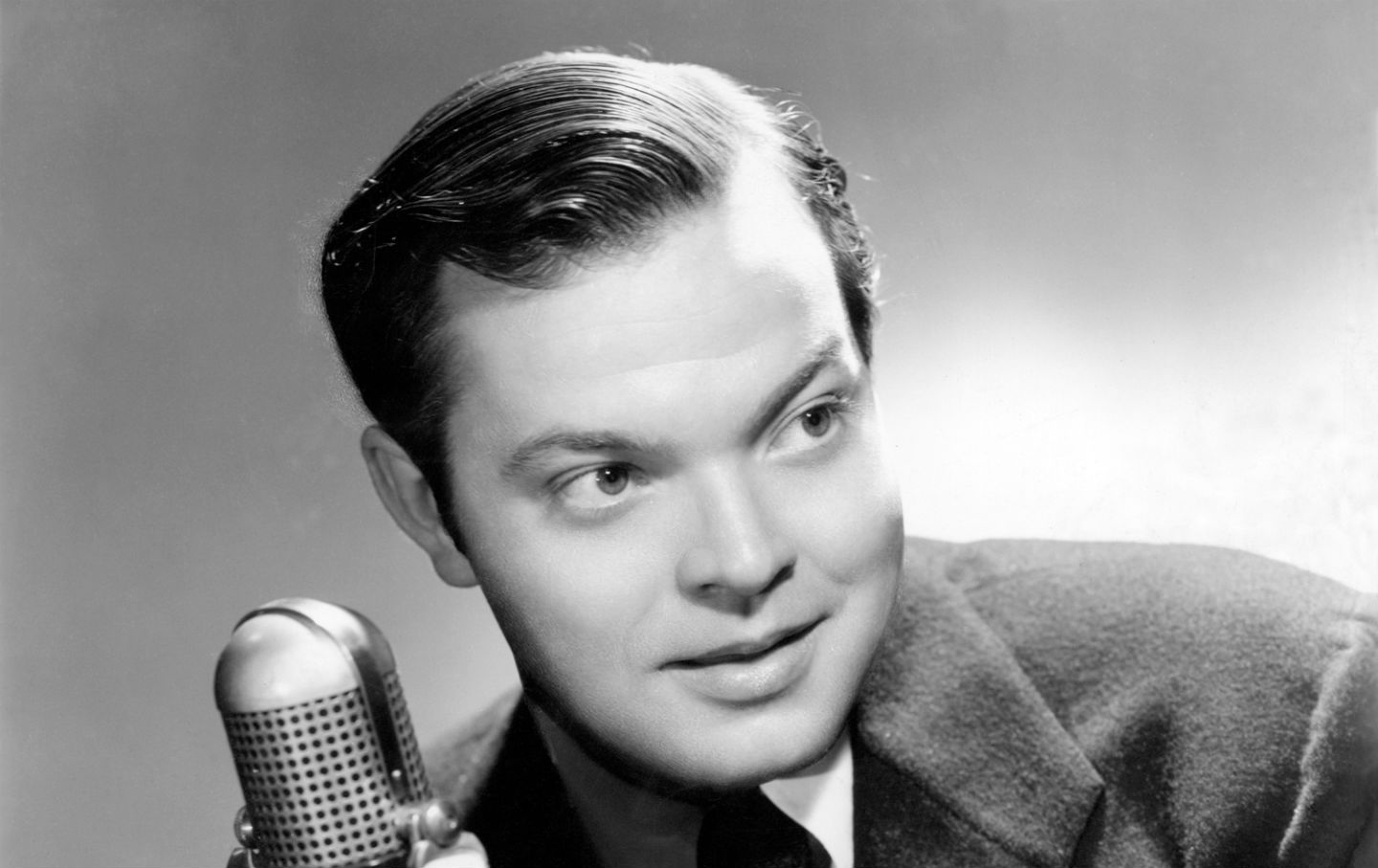 Orson Welles in a promotion for his CBS radio show, in 1941. (Wikimedia Commons/NBC)

Released on this day 74 years ago, Citizen Kane revolutionized American film, a development immediately perceived and expressed in The Nation’s review of the film by longtime Hollywood correspondent Anthony Bower. This review, “Iconoclast in Hollywood” (April 26, 1941) was included in the 1972 anthology, American Film Criticism: From the Beginning to Citizen Kane, edited by the late New Republic film critic Stanley Kauffmann.

This excellent cinematic material Welles has embellished with brilliant directorial, pictorial, and dramatic touches. He breaks, with the greatest effect, practically every photographic rule in the business, employing very few close-ups, playing whole scenes with the faces of the performers in shadow, using lighting to enhance the dramatic value of the scene rather than the personal appearance of the actor. He is, in fact, one of the first Hollywood directors really to exploit the screen as a medium, and it is interesting to note that in doing this he has used an entire cast with no previous screen experience….

The picture has made a tremendous impression in Hollywood. Charlie Chaplin is reported to be prepared to back any venture that Welles may have in mind. Perhaps when the uproar has died down it will be discovered that the film is not quite so good as it is considered now, but nevertheless Hollywood will for a long time be in debt to Mr. Welles.