If commitment to the public good is the measure of a person, then Max Fine’s life was one well-lived. Max William Fine, the last surviving member of JFK’s Medicare Task Force, spent the better part of a century in pursuit of health care for all. At the time of his death, on April 19, he considered nothing more important than bringing care to a nation.1

Fine was born in Nashville, Tennessee, on June 1, 1926, and like many Americans of his day, he grew up in the pervasive poverty of the Depression. The childhood deprivations he experienced would forge a lifelong conviction that health care is a right, not a privilege, and the determination to fight for it.2

Early in his career, Fine worked as press secretary to Dag Hammarskjöld at the United Nations, but he found his life’s work in 1963 under President John F. Kennedy. Fine was tapped by JFK to help shape legislation to address the prohibitive cost of health insurance for older Americans, prevent the many bankruptcies among the elderly who were hospitalized, and assure affordable health care for all of America’s senior citizens.3

Before his election in 1960, Kennedy made Medicare a key part of his bid for the presidency. The Medicare legislation came immediately under fire in the form of medical-association and insurance-industry attack ads. Richard Nixon, JFK’s opponent, would sound the alarm that Medicare was socialism.4

Fine saw it differently. As he told The Boston Globe:5

The question in the United States is whether we should continue to build a private health insurance system that uses such devices to limit its own liabilities without controlling overall costs, or whether we should move on to social insurance with everyone covered on an equitable basis, with no exclusions and strong cost controls. The issue is health care as a human right under social insurance or as a privilege for those who can afford to pay for it.6

Medicare survived them all—the insurance companies, the medical establishment, and the Madison Avenue advertisers. On July 30, 1965, the Medicare Act was signed into law by President Lyndon Johnson, who ushered it through after JFK’s assassination.7

That law, Fine said, was a beginning but not enough. JFK and others had intended to extend it to all Americans: Medicare for All.8

In 1968, with the support of labor unions, religious organizations, public-health experts, and others, Fine founded the Committee for National Health Insurance to fulfill that goal. The committee persevered for more than a decade with tepid support from those who should have been its natural allies—labor unions and Democrats like President Jimmy Carter. Medical and health-insurance costs continued to rise. The committee dissolved, a temporary setback but not defeat.9

Fine shifted gears, working with friendly members of Congress to keep Medicare for All a part of the dialogue. In 1993, he retrenched again after Hillary Clinton, then chair of the Taskforce on National Health Care Reform, abandoned Medicare for All in favor of the insurance-industry alternative. Traveling to public forums, Fine took the message that health care is a human right out of the halls of power and directly to the people.10 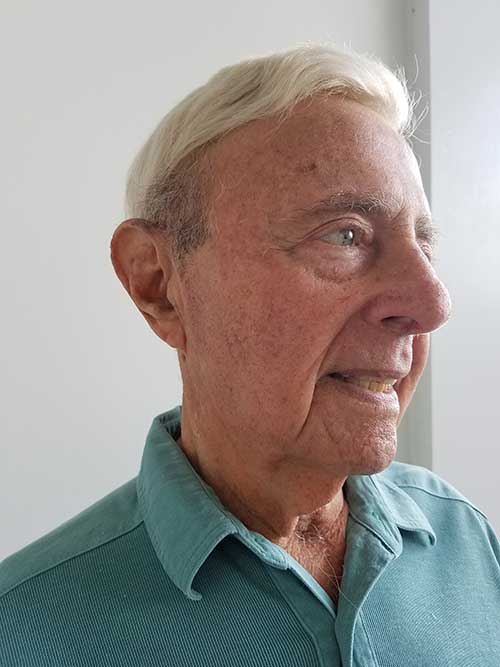 Health care as privilege remained the status quo and health-care costs continued to skyrocket. According to a recent survey, 58 percent of adults have delayed or forgone medical or dental care because of high costs, and 31 percent of respondents said they did this “often.” Forty-two percent of new cancer patients lose their entire life savings within two years, the October 2018 American Journal of Medicine reported.11

Today, the US spends $3.5 trillion on health care, and the industry titans accumulate vast profits. Maternal-mortality rates are the highest among all developed nations and longevity ranks as 31st among industrial countries, according to the World Health Organization.12

In the 2016 election, Medicare for All was on the table again, and Fine was buoyed. He spoke at rallies and gave interviews. “It was always our intention to extend the guarantees of Medicare to all Americans,” he said. He was scheduled to speak in Los Angeles next month. Max Fine was 92.