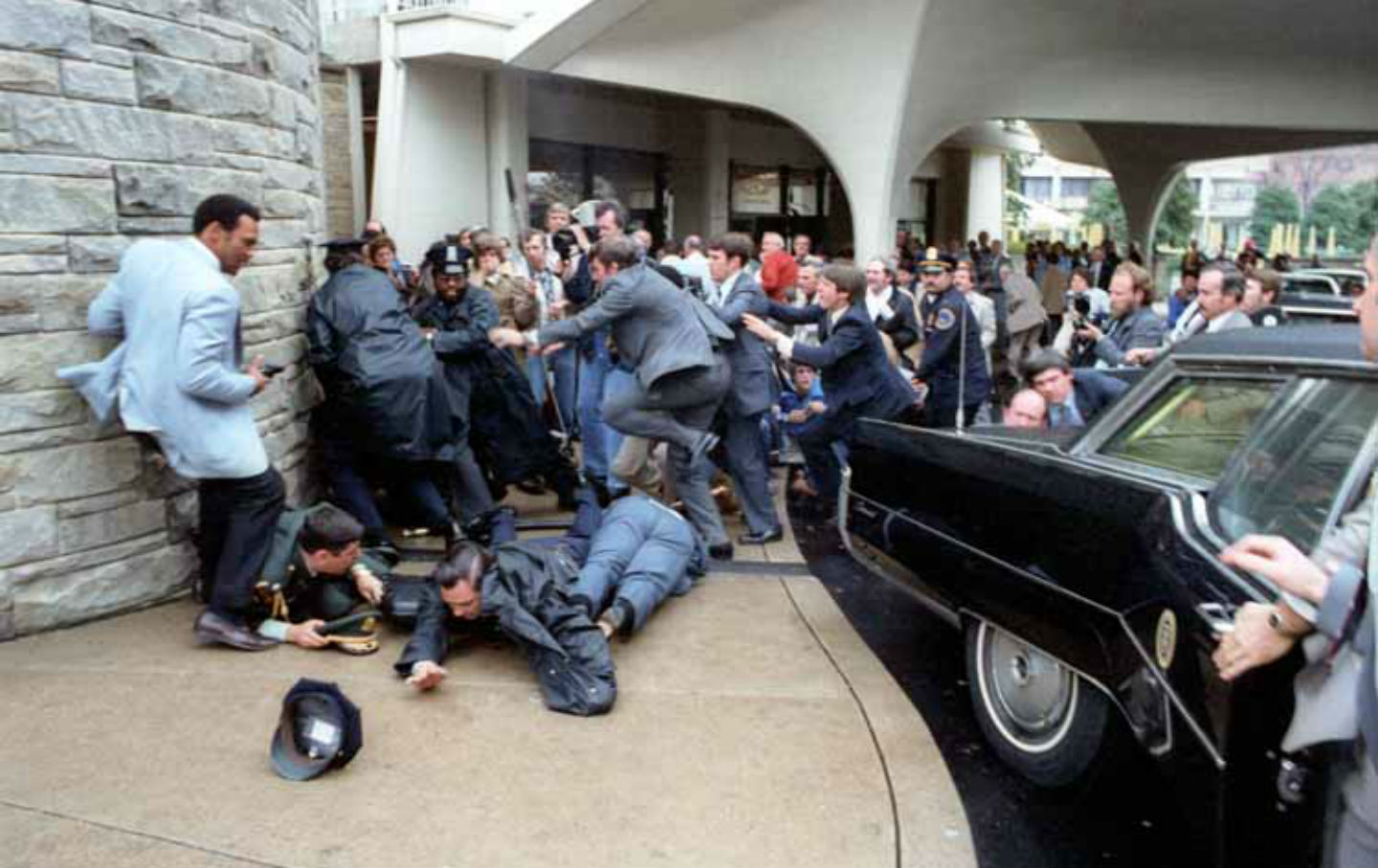 It took more than a dozen years for the lesson of The Nation’s editorial on Reagan's near-assassination—that stricter gun control would have possibly prevented the attack—to bear fruition, in the Brady Law, mandating background checks for certain gun purchases, dedicated to the Reagan assistant who was shot and seriously injured that day. James Brady died in 2012 of complications from the wound, and his death was deemed a homicide.

The most irrelevant comment we hard on the day of the shooting came from a spokesman for an anti-gun control group, who was quoted as saying that since Washington already had strict laws, the incident was proof that gun control doesn’t work. Gun control laws in Washington or New York City or Detroit can never work so long as handguns can be purchased at a pawn shop in one state and transported to another. Handgun controls won’t solve the problem, but they would begin to reduce the risks. Ironically, the one Federal agency that deals with the interstate arms traffic—the Bureau of Alcohol, Tobacco and Firearms—is slated for a severe cutback in the 1982 budget. Opponents of gun control, like John Connally, who told a television interviewer that more “discipline” was needed, in the sense of swifter, sterner punishment of all criminals, ignore the irrational component in assassinations and, indeed, in most of the murders in this country. An available gun transforms violent emotions into deadly action.