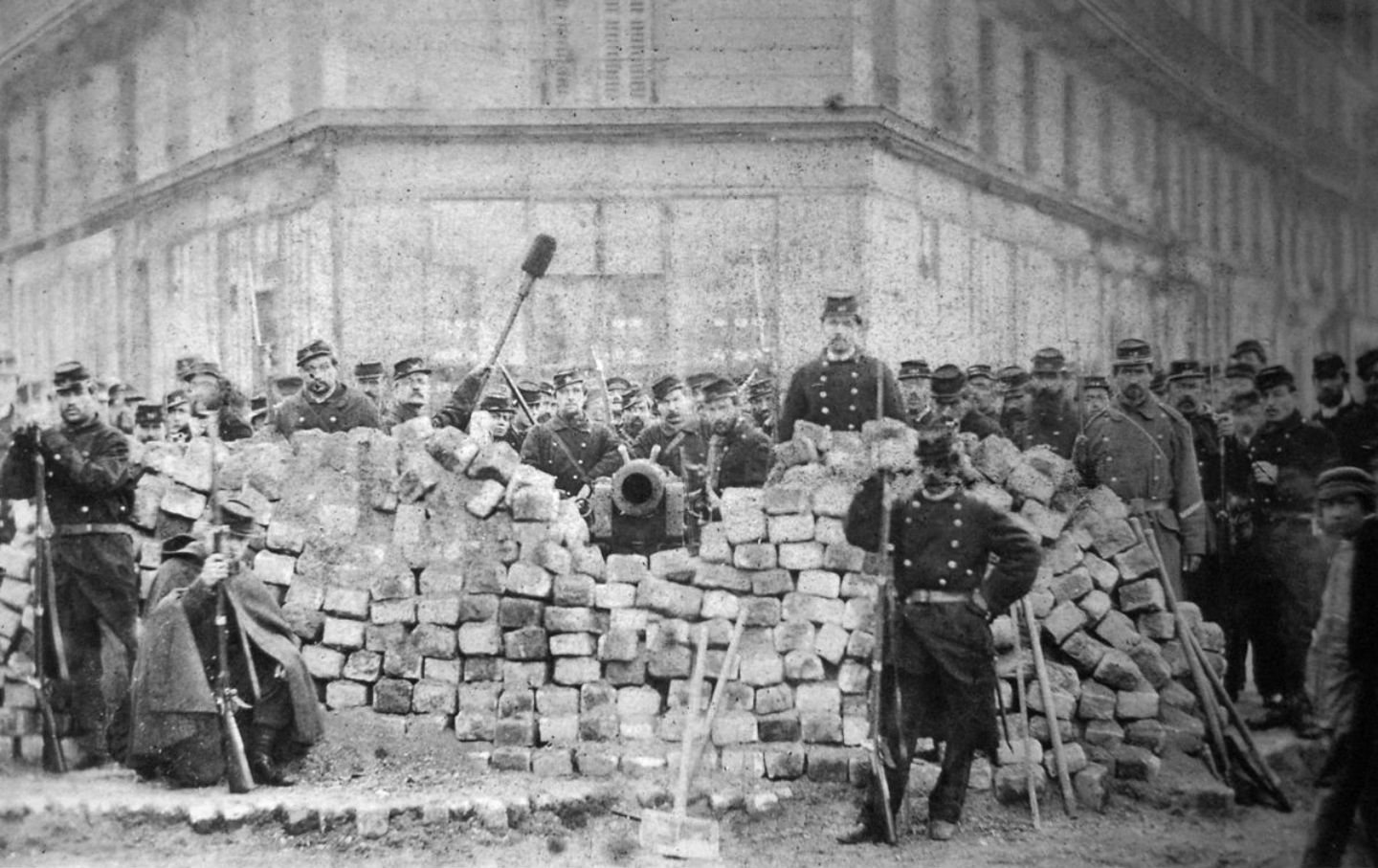 A barricade on Rue Voltaire, after its capture by the regular army during the “Bloody Week” (Wikimedia Commons/Bruno Braquehais)

One hundred forty-four years ago today, a motley assortment of rebellious Parisians set up a Commune to resist the French government and army. In The Nation the following week, editor E.L. Godkin penned an editorial on “The ‘Red’ Rising in Paris.” Godkin in those years was just beginning to question his earlier championing of the democratic credo, and his vituperation against the leaders of the Commune is an early indication of how Godkin would later wield his trademark rhetoric in the service of an establishmentarian politics.

The body of the persons known as “The Reds,” in Paris, is made up of two elements. One is the vast body of workmen drawn from the provinces by the extensive public works set on foot by the Empire and by the extraordinary luxury which the Empire fostered in the capital. These men are grossly ignorant on leaving their villages; and on entering a city swarming with the wealthy pleasure-seekers of the civilized world, who deny themselves nothing, and parade their profligacy, the ouvriers’ envy and dislike of the bourgeoisie, which are only too common in the country districts in France, become rapidly developed into a brutal communism, resting in the main on dislike of labor and a fondness for sensual indulgence. There is nothing in the French peasant’s education, after he has got rid of his religious sentiment—as he does very rapidly after he reaches Paris—to prevent his thirsting savagely for a share in the good things of Parisian life, and making up his mind to get them by any means, fair or foul, whenever the chance offers. The other element is a body of persons whom we have been in the habit of calling Sentimentalists in these columns, made up of labor reformers, socialists, republicans, peace advocates, broken-down lawyers, newspaper writers, and military and unsuccessful adventurers of all types. They may be divided about equally into schemers and visionaries; but they all agree in being Sentimentalists—that is, in wishing to base legislation on their own ideas of abstract justice and truth, and in contempt for considerations of expediency, or for remoter results, or for habit or tradition. The sincere humanitarians among them are satisfied that if they can get hold of the government, and keep the “traitors” (political opponents) from meddling with them, they will be able to put an end to poverty, and prostitution, and war, and to secure to all an equally good education, and an equal share of the products of labor. The adventurers are, of course, also strongly in favor of a general upturning, as they have nothing to lose, and can hardly help bettering themselves during a period of confusion. Both together do their utmost to keep up the spirit of revolt not only against the government, but against the existing social organization, among the working-classes.