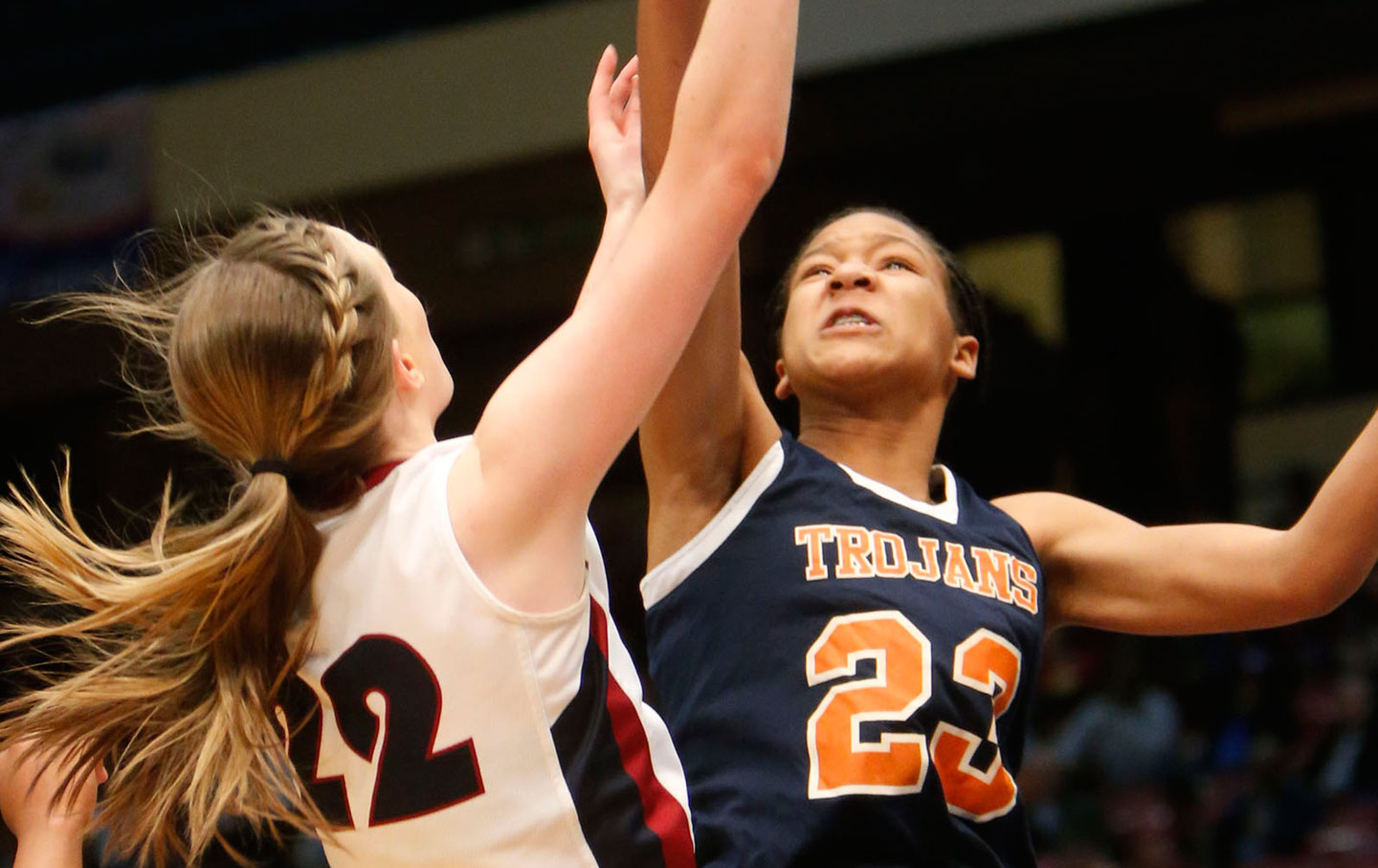 The story of Maori Davenport demands more attention, even as the noise of the NFL playoffs and the daily drama delivered by the NBA threaten to drown out every other story in the world of sports. Davenport, a senior basketball player at Charles Henderson High School in Troy, Alabama, is one of the top players in the country, ranked number 15 by the ESPN HoopGurlz top 100. She is committed to play for the legendary Vivian Stringer at Rutgers University. Yet she has been declared ineligible for her senior season at Charles Henderson.

Davenport played for Team USA over the summer, leading the team in rebounding and blocks as they won a gold medal at the FIBA Americas Under 18 Championship. She received a $857.20 stipend check, which is standard practice for players on the team. But Davenport was one of only three players on the squad who still had another year of high-school eligibility, and the Alabama High School Athletic Association does not allow payments of more than $250 to be made to players under its authority.

The fact that USA Basketball sent the check at all was a clerical error, and it has taken full responsibility and apologized. Davenport returned the money immediately. That should have been the end of the story, but in an act of startling cruelty, the AHSAA will instead be preventing Davenport from taking the court for her senior season. It’s worth noting that neither of the other two players who still had their senior years in front of them, who hail from different states, have faced a similar draconian punishment.

This is a garbage decision by the AHSAA and it should be roundly roasted for being this vindictive towards a model “student-athlete” who committed no offense.

In her first comments following the suspension, Davenport said, “I never imagined I would be training a whole season without playing a game, but that seems like what’s happening,” she said. “It’s been hard, but I still have hope. Maybe something good can come out of this. Maybe the rule gets changed. It may not help me, but I don’t want this to happen to any other athlete.”

The AHSAA is denying Davenport more than just one last year of memories before she goes off the Rutgers. This move also prevents her from becoming a McDonald’s All-American and receiving the kinds of national accolades for which she would have been able to compete.

ESPN’s Jay Bilas, one of the sharpest critics of the rules that govern high-school and college sports, was able to speak to the head of Alabama High School Athletic Association, Steve Savarese, and the ensuing conversation speaks to just how obtuse the heads of amateur federations are. Savarese told Bilas, “My charge is to uphold the rules. What if I said ‘no’? What if I let her play? If I make an exception to one rule, it opens up a Pandora’s box on all of our rules. How could I enforce any rule? If I made an exception here, I would be arbitrary and capricious.”

It’s difficult to see how, as Bilas points out, this ruling could be seen as anything but “arbitrary and capricious.” Again, Davenport played no role in asking for or securing the stipend check for $857.20. As an educator, Savarese should know that the first rule for teaching, not unlike that for doctors, is to “do no harm.” This is a case of him going out of his way to harm someone for another person’s extremely benign oversight.

Joe Ehrmann, the author of InSide Out Coaching, speaks of two kinds of coaches: the transactional kind, who are in it for themselves, and the transformational kind, who are motivated to positively impact the lives of young people. Savarese has proudly placed himself in the transactional camp. This is not about justice. This is about punishment for punishment’s sake. This is about the kind of pettiness that only serves to make its practitioners look small. Shining a light on this case matters not just for Davenport, but also for the greater cause so utterly absent in the world of amateur sports: common sense.