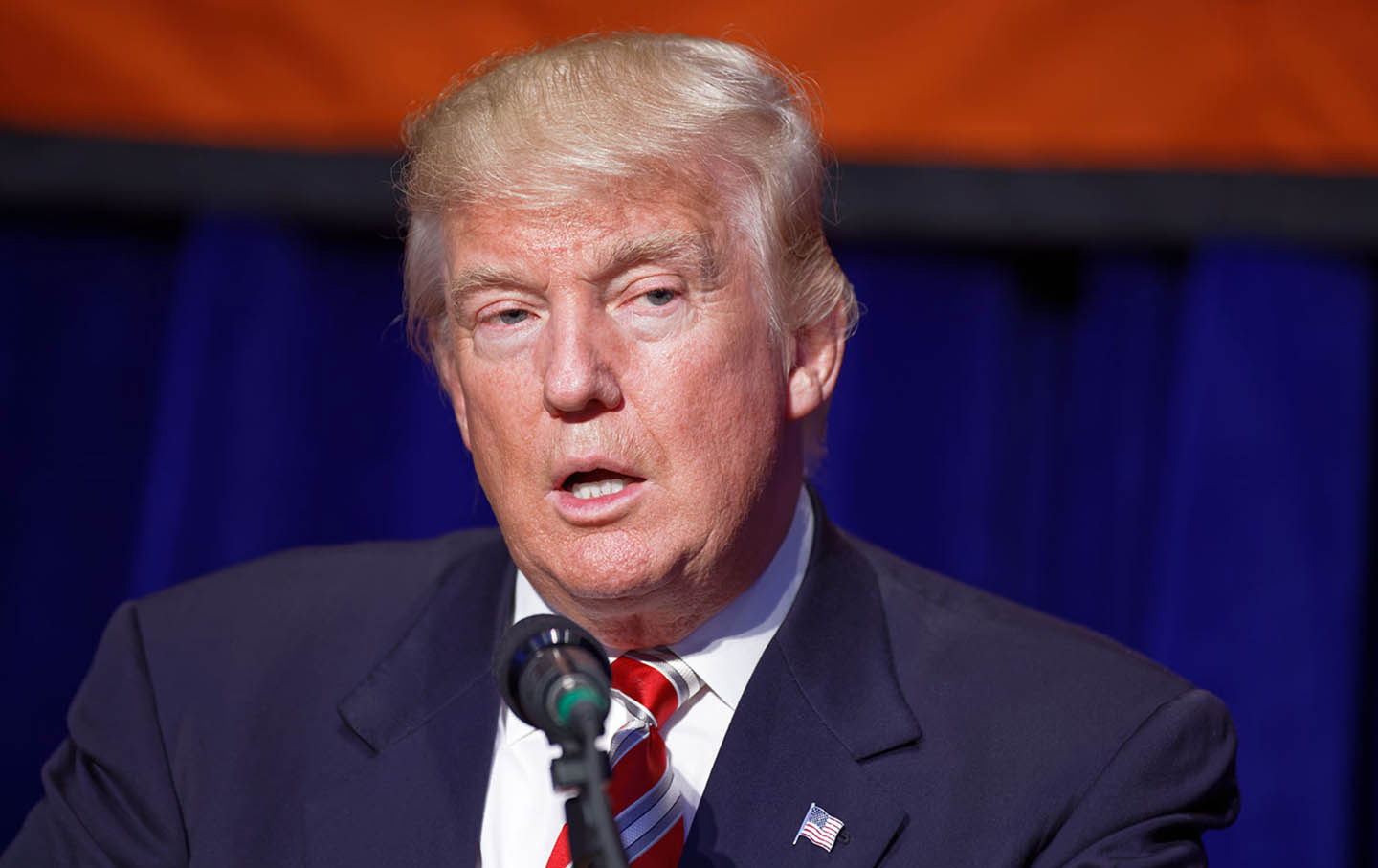 Before he was elected last year to the US House of Representatives, Maryland Congressman Jamie Raskin earned wide recognition over a quarter-century as a professor of constitutional law at American University’s Washington College of Law. So whenever Raskin weighs in on issues of presidential accountability, he speaks from experience—and with the authority of a scholar who has worked with Democrats and Republicans to make real the full promise of the nation’s defining document.

The Senate Must Demand an Independent Special Prosecutor

Today, however, Raskin also speaks with a sense of urgency that ought not be neglected by his House colleagues, or by citizens who have grown fretful about the lawless and erratic presidency of Donald Trump. “This is a president who has insisted that Ted Cruz’s father was involved in the assassination of John F. Kennedy and that Barack Obama was born in Indonesia and he has uttered blatant lies and never retracted them,” Raskin told The Washington Post last week. “And that is a sign of a serious mental disturbance.”

That is a harsh assessment of the 45th president of the United States. But it is no harsher than the assessments that have been voiced in recent weeks by commentators from across the ideological spectrum and by citizens who are concerned that Trump has veered into conflict not just with his critics but with his own administration.

“This is a president who seems increasingly at odds with everyone and everything around him,” says Raskin, who has introduced legislation designed to “guarantee the security of the nation and effectiveness of the government when serious concerns have been raised about the President’s ability to execute the responsibilities of the office.”

Raskin’s “Oversight Commission on Presidential Capacity Act” (H.R. 1987) would have Congress establish a commission that would be empowered to determine whether a president is fit for office. The measure seeks to bring clarity to discussions about how the 25th Amendment to the Constitution might be employed to address serious concerns about the capacity of a sitting president. The amendment, enacted after the assassination in 1963 of President John Fitzgerald Kennedy, is best known for a section that provides for the temporary transfer of power from a briefly incapacitated president to the vice president—as occurred when President Ronald Reagan and President George W. Bush underwent surgery during their tenures.

Congressman Raskin: “This is a president who seems increasingly at odds with everyone and everything around him."

But there is more to the amendment, as an assessment from Raskin’s office notes: “Section 4 of the 25th Amendment empowers Congress to establish a permanent ‘body’ that can declare that the President is ‘unable to discharge the powers and duties of his office.” The Democratic congressman’s legislation seeks to establish such a “body,” in the form of an independent Oversight Commission on Presidential Capacity.

In order to guard against the abuses and excesses of partisanship, Raskin’s plan would have the speaker of the House, the House minority leader, the Senate majority leader and the Senate minority leader each name one physician and one psychiatrist to the commission. Two more members would be prominent retired officials—selected from a list that Raskin suggests might include former presidents, vice presidents, secretaries of state, secretaries of the treasury, attorneys general, and surgeons general. Once constituted, the 10 members of the commission would select an 11th member to serve as their chair.

“In emergency situations,” suggests the assessment from Raskin’s office, “Congress could pass a concurrent resolution requiring the Commission to examine the President, determine his/her ability to execute the powers and duties of the office, and report its findings to Congress. If presidential incapacity exists, the Vice President would immediately assume the role of Acting President.”

People can debate the specifics of the Raskin proposal—and it is certain that members of Congress would do so were it to ever gain traction in a US House that is currently led by the nation’s leading Trump apologist, Speaker Paul Ryan, or in a Senate led by a cynical Trump facilitator Mitch McConnell. But Raskin has gained important support for his proposal. Former House Judiciary Committee chairman John Conyers is a cosponsor. So is New York Congressman Jerrold Nadler, the ranking Democrat on the Judiciary Committee’s subcommittee on the Constitution.

There’s a reason for this. The basic premise that Raskin is advancing is a sound one, not just for this moment but for the future—no matter who is president, and no matter which party dominates the executive and legislative branches of the federal government.

“The 25th Amendment was adopted 50 years ago,” explains Raskin, “but Congress has never set up the body it calls for to determine presidential fitness in the event of physical or psychological incapacity. Now is the time to do it.”